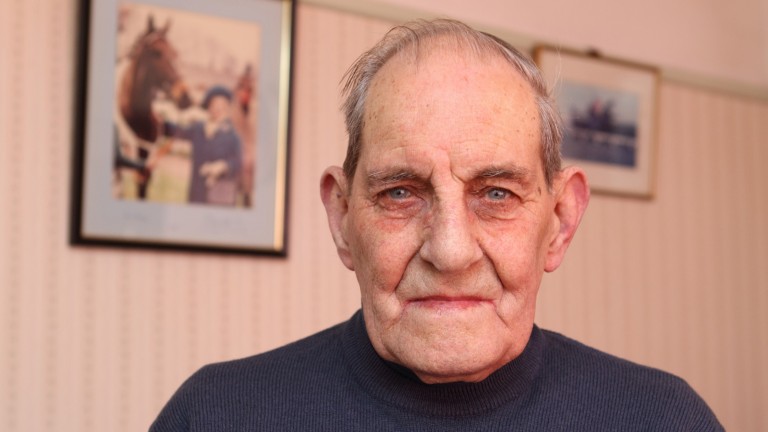 St Michaels and All Angels Church in Lambourn was the scene for a poignant trip down memory lane on Friday when a host of the village's great characters turned out to bid farewell to Raymond 'Darkie' Deacon, the celebrated head lad to champion jumps trainer Fulke Walwyn.

Deacon, who died at the age of 90 last month, was famed for his strong hands, knowledge of equine limbs, generosity of wisdom and jet-black hair, hence the nickname. 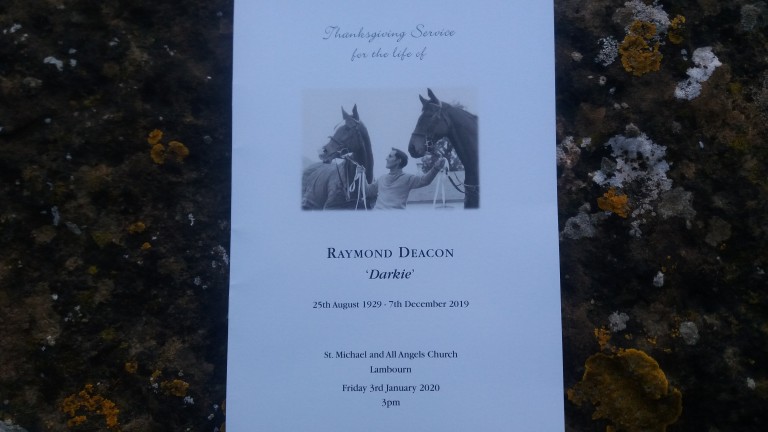 "We were enemies back in the day with The Dikler and Pendil – over the wall and all that!" joked Browne, then part of Walwyn's great rival Fred Winter's operation. "But Darkie was definitely a legend."

Mann was in agreement with that description, adding: "When I started it was just me and him. He was a great man with horse's legs and he taught a lot of people – he had a lot of knowledge. He was something else.

"He was the biggest part of my training career and was still riding out 12 years ago, when he was 78."