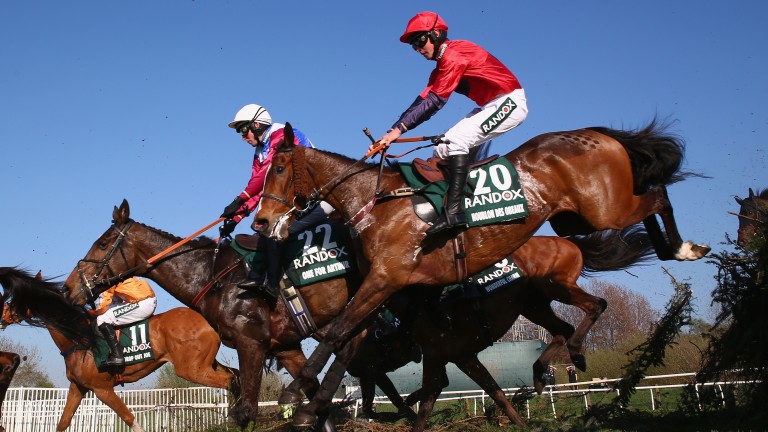 Houblon Des Obeaux (near side) jumps alongside winner One For Arthur during the Randox Health Grand National at Aintree last April
Michael Steele
1 of 1
By Bruce Jackson UPDATED 7:23PM, JAN 28 2018

Two old rivals meet again at Hereford on Monday when Houblon Des Obeaux and Goodtoknow take each other on for the third time in a year in a feature race.

The last time the pair met was over the spruce-covered fences in the Grand National last April when they were separated by a mere seven and a half lengths in finishing tenth and 13th, with the Venetia Williams-trained Houblon Des Obeaux taking bragging rights.

Before that places had been reversed when they were second and fourth behind the Grand National winner One For Arthur in Warwick's Classic Chase.

Since then Goodtoknow, returning to the race he won last year, has been anything but. Few would have guessed he would have form reading UPP this season, but he is back to defend his title sporting a first-time visor.

Trainer Kerry Lee’s father Richard said: “You just don’t know what he will do and he's wearing a visor for the first time to try to help. Not that I have a bet, but I wouldn't back him with your money!"

Meanwhile, Houblon Des Obeaux has been battling the handicapper manfully in bigger races, resulting in the 11-year-old carrying a welterweight of 12st 7lb.

Williams said: “He has a lot of weight but at the same time it’s a reflection of the type of races he's been running in and hopefully he can shoulder it.

"He's put in some good performances at Sandown this season but this is his first run at Hereford, which is a very different type of course, but I hope for a good run." 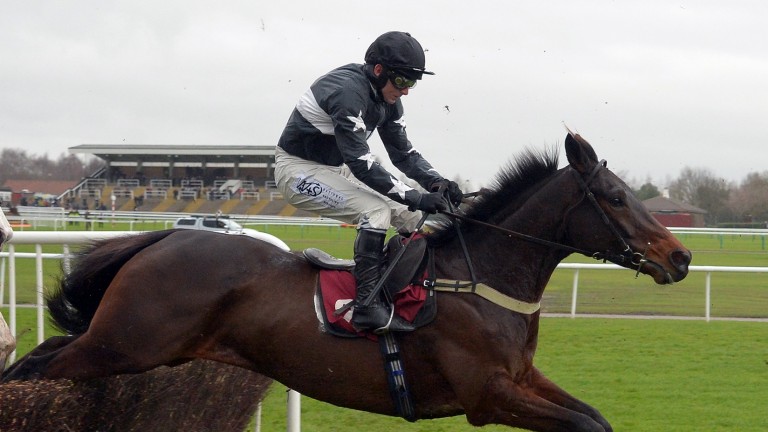 Firebird Flyer is another National horse having run in the Welsh version last time, and his trainer Evan Williams reported: "He got brought down. He's been running in some very good races, so this is a drop in class and he's more than capable of winning it."

Regal Flow's trainer Bob Buckler is making more than a sentimental return to the track where he sent out 100-1 winner Sydney Barry in 1992.

He said: "The ultimate plan is to go back to Haydock for the final he was second in last season. He'll go on wet ground but what he doesn't want is it tacky."

Nansaroy has been below-par since finishing second in this race last year and trainer Evan Williams admits he is unsure what to expect.

"He's a man of his own mind and doesn't always agree to put his best foot forward," said Williams, another keen to support a local course handing out decent prize-money.

Venetia Williams is hoping Becauseshesaidso can continue his progress now the penny has dropped. 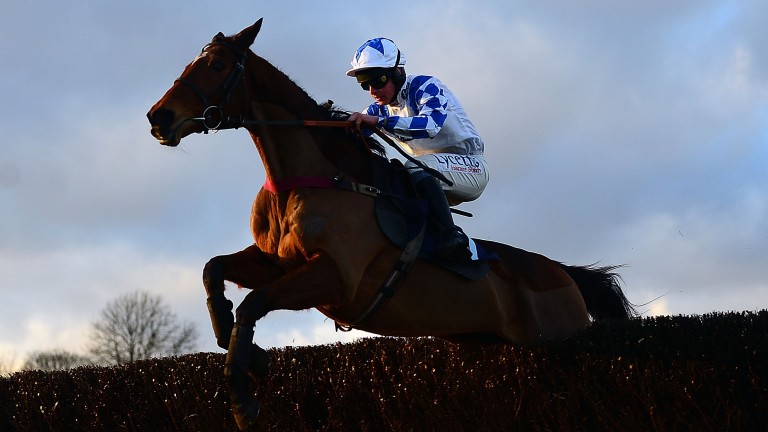 Becauseshesaidso: on his way to victory at Chepstow last time out
Harry Trump

She said: "It's taken him a long time to get it together on the racecourse and this is a step up in class."

Ben Pauling is happy with the small field for Perfect Pirate, the youngest runner in the field at six. He said: "He ran okay at Sandown after being shocked by the speed they went early before he ran on very well and he has cheekpieces on to sharpen him up for the early part of the race."

Town Parks has been left with top weight after the race cut-up and Richard Lee, assistant to his daughter Kerry, said: "He'll love the soft ground but it's a pity he's ended with top weight."