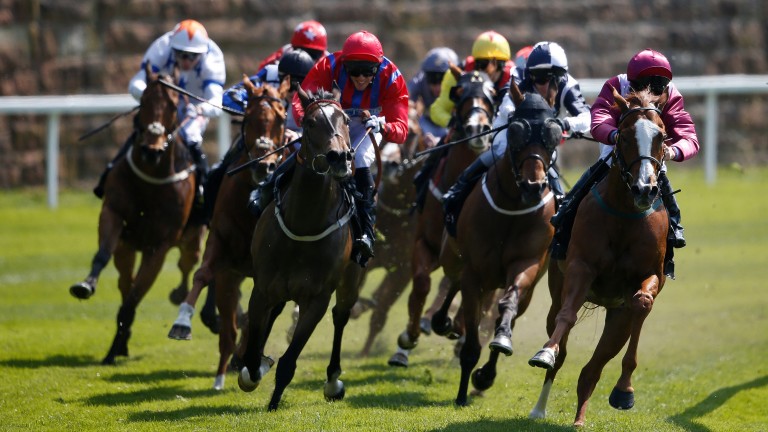 El Astronaute (right): will be bidding to win his third race at Chester on Friday
Alan Crowhurst (Getty Images)
1 of 1
By Maddy Playle UPDATED 7:27PM, MAY 6 2021

Course form is one of the most important factors when racing at Chester and popular speedster El Astronaute has run at the track six times, recording figures of 212123.

The John Quinn-trained eight-year-old appeared as good as ever last year when winning the Listed Achilles Stakes at Doncaster on his seasonal reappearance, and went down by only a neck to stablemate Keep Busy in a conditions stakes at Hamilton last August.

Third in the 2019 Prix de l'Abbaye, El Astronaute is still not far off that level if producing his best and should be tough to beat here given he is rated 7lb superior to his nearest rival, to whom he gives just 3lb. 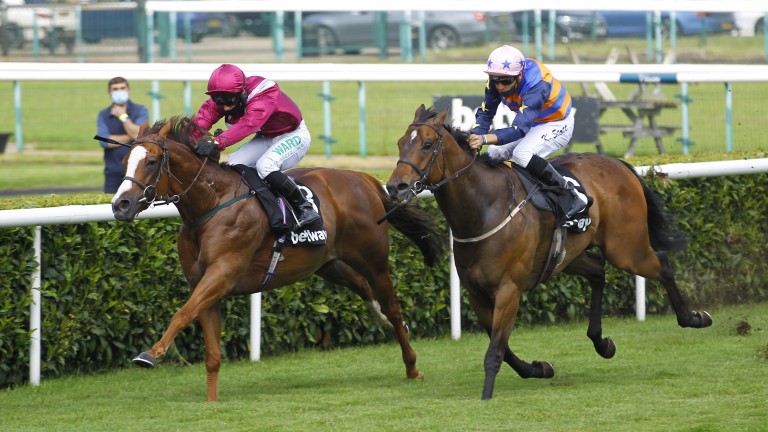 Quinn won this race nine years ago with Duchess Dora, and his son and assistant Sean is expecting a bold show from El Astronaute.

He said: "We've had him since he was a two-year-old and he's been fantastic over the years. He's still showing all his old enthusiasm at home.

"He won a Listed race last year and is rock-solid at that level. I suppose you see plenty of sprinters past the age of eight who are still doing well, so perhaps he's not as old as we're all saying he is!

"This has been the plan for quite a while, so I'd like to think he's ready. He likes the track so hopefully everything falls right from him."

Jason Hart has ridden El Astronaute in 30 of his 54 starts and will be aboard again. The pair have won three Listed races and the €73,000 Rockingham Handicap off top weight at the Curragh. 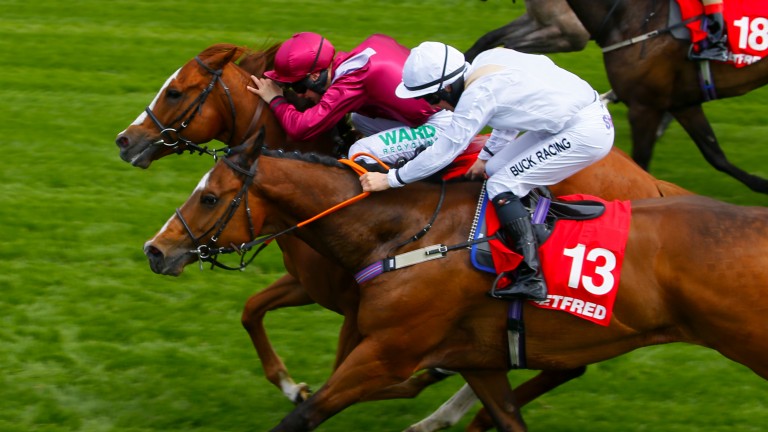 Quinn said: "I'd say he's one of Jason's favourites. He's given him a few big wins across Europe so it's probably helped him as a young rider – they get along great."

On El Astronaute's character, Quinn added: "He's fun to have around the place, but you need a very, very capable rider on him every day, he's not a pussycat by any means."

Karl Burke, trainer of Ainsdale
He's in great form, but he's very much ground dependent – he's a typical Mayson, the heavier it is the better. We had him in a tougher race over six at Haydock but just decided this race was breaking up a bit and we'd give it a go with cheekpieces on. I don't think he's ungenuine, but they might sharpen him up a bit. He hasn't had that many runs, but it's hard to find races on the right ground for him. The favourite El Astronaute will be hard to beat, however. 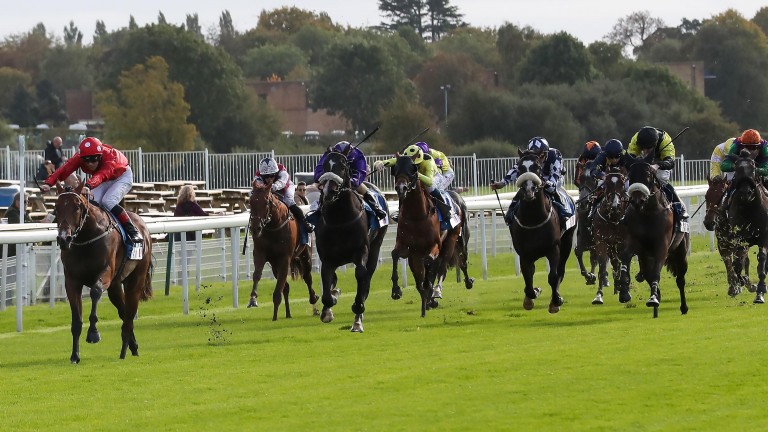 Ainsdale (left): has cheekpieces on for the first time
John Grossick (racingpost.com/photos)

Richard Fahey, trainer of Brian The Snail
On all known form he can’t really win, five furlongs around here and on the ratings he can’t. He’d have a good chance on the best of his all-weather form, but whether he’s an improved horse on turf I don’t know, we’ll have to wait and find out.

Michael Mullineaux, trainer of Prince Of Rome
He didn't get home at Wetherby as they jumped off pretty quick and he closed up early on. He's well balanced so should handle the track, and he won't mind the ground.

Read more on the final day of the Chester May meeting

Can Not So Sleepy emulate Overturn and make every yard in Chester Cup? (Members' Club)

FIRST PUBLISHED 6:00PM, MAY 6 2021
You need a very, very capable rider on him every day, he's not a pussycat by any means