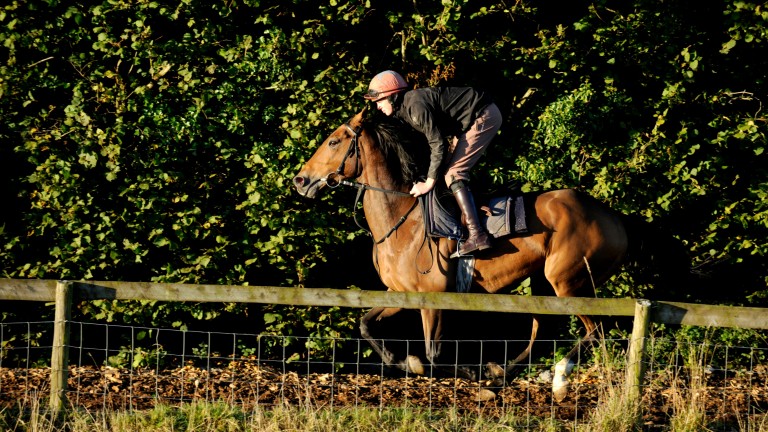 Evan Williams is hoping the enigmatic Buywise, who has competed so often in hot handicaps, will enjoy the slightly more relaxed nature of Sunday's veterans' chase, the first leg of this year's series for chasers aged ten and above.

The £18,768 first prize is certainly worth winning and Buywise will have plenty of supporters even though his last victory was two years ago almost to the day.

He has, though, made the frame at the Cheltenham Festival, in two BetVictor Gold Cups, a Caspian Caviar Gold Cup, Sky Bet Chase and Old Roan Chase since then.

David Pipe won this race in 2015 with Soll and has probably had it in mind for a while for Katkeau – the mount of stable jockey Tom Scudamore – and Shotavodka.

Oldest of the lot

The 12-year-old Al Co, winner of the Coral Scottish Grand National in 2014, is the oldest horse in the line-up.

Fergal O'Brien, trainer of Perfect Candidate
His run before the Cotswold Chase was very good and we're hopeful he won't be far away if he can recapture that form. He's got top weight and I'm not sure about the ground, but we have our chance.

Evan Williams, trainer of Buywise
We thought we'd try him against the older boys as he just seems to have lost his sparkle a little bit. Things will happen a bit slower for him and it might get his enthusiasm back. The ground isn't what he wants and I don't think he's been the same since I put a visor on him. We gave him a run over hurdles and that didn't work and he didn't run well last time, but he's fresh and well.

Kim Bailey, trainer of Harry Topper
I'm happy with him and this is more his thing. He likes Exeter and it's more his grade. These races are fantastic and the softer the ground, the better for him.

Colin Tizzard, trainer of Masters Hill and Theatrical Star
Theatrical Star ran a brilliant race to finish second in the veterans' final. He's a bit inconsistent but Brendan Powell gets on well with him. Masters Hill wasn't right for some reason in the autumn but ran a lovely race over hurdles last week. He could run a big race. They're both good old boys.

Harry Whittington, trainer of Wychwoods Brook
He just hasn't had his ground yet and it hasn't been soft enough for him. We could have done with some more rain this week and the heavier the better. He's been in good form but does need his conditions. Off a featherweight, he should be well handicapped on his old form.

FIRST PUBLISHED 6:00PM, FEB 11 2017
Perfect Candidate's run before the Cotswold Chase was very good and we're hopeful he won't be far away if he can recapture that form