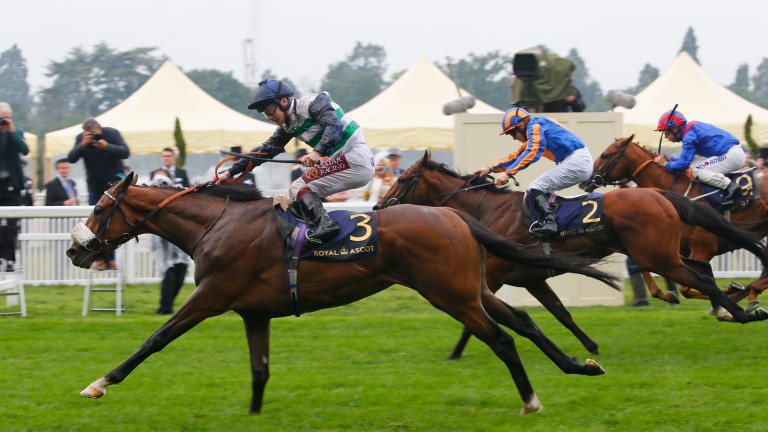 Two-time St Leger-winning jockey William Buick has been booked to ride Dashing Willoughby in the Doncaster Classic on Saturday.

The colt's regular rider Oisin Murphy will miss the William Hill-backed Group 1 as he is heading to Leopardstown to partner Japanese star Deirdre in the Qipco Irish Champion Stakes.

Trainer Andrew Balding was Buick's boss when he shared the apprentice championship in 2008 with David Probert, another rider to earn his stripes at the fabled Kingsclere academy.

And Balding is glad to be able to turn to his old ally Buick, who has since established himself as number one jockey for Charlie Appleby's powerful yard and last year won the Derby on Masar.

Balding said: "William is a top jockey, has ridden Classic winners and it is nice that he started his career with us and he's available to ride in Oisin's absence."

The trainer added: "I think Dashing Willoughby has got an encouraging profile for a St Leger horse and we've had this race in mind for a while.

"He's been working well and we know he stays and can perform to a decent level, so I'd hope he has an each-way chance. It's a tough task – as it should be in the St Leger – but the horse is really well and is versatile in terms of going."

Dashing Willoughby, who was last seen finishing fifth to star stayer Stradivarius in the Goodwood Cup, enjoyed his finest hour when landing the Queen's Vase at Royal Ascot, the race Kew Gardens won last year before taking the St Leger.

Dashing Willoughby is a general 16-1 shot to give Balding a first St Leger. Buick won the oldest Classic in 2010 with Arctic Cosmos and 2011 with Masked Marvel. Both of those colts were trained by John Gosden, who is responsible for 6-5 favourite Logician.

FIRST PUBLISHED 4:38PM, SEP 9 2019
William is a top jockey, has ridden Classic winners and it's nice he started his career with us

Date set as Dragon Symbol team appeal against Royal Ascot reverse 'I didn't say that. He's wrong' - Dettori counters Murphy best-horse claim A day when two big decisions had to be made - officials at Ascot got both right Did the stewards get it right in the Commonwealth Cup? Experts have their say 'Oisin's horse drifted about eight lanes' - Commonwealth Cup result reversed 'I didn't sleep on Tuesday night' - Oisin Murphy rues the one that got away