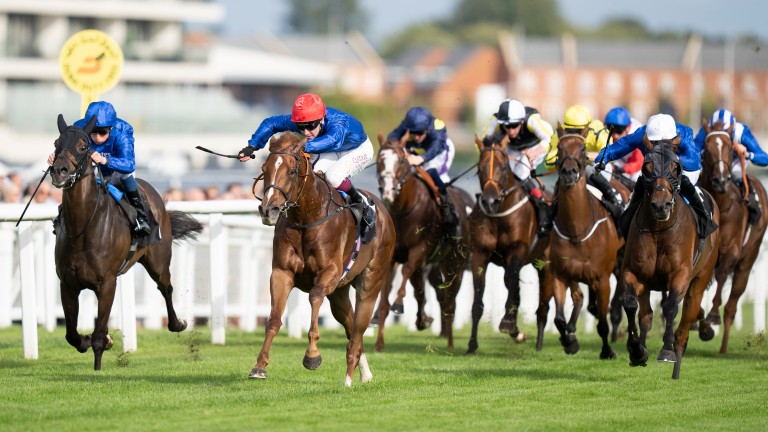 Oisin Murphy had to sit and suffer through suspension as William Buick banged in a treble at Yarmouth on Thursday, but the champion jockey made amends by riding a 70-1 treble of his own here to reinstate his nine-winner lead in the title race.

Murphy began a good day’s work by guiding the Ed Walker-trained American Star to a commanding success in the nursery on his first attempt at 7f.

American Star, who was ninth in the Gimcrack on his previous run, could be stepped up to a mile in time according to Walker.

Murphy soon had two on the day as he landed the feature £40,000 Listed Dubai Duty Free Stakes aboard the Saeed bin Suroor-trained Silent Escape, who led home a Godolphin 1-2-3, with the Charlie Appleby pair of D’bai, ridden by James Doyle and Al Suhail, the choice of Buick, chasing Murphy home. 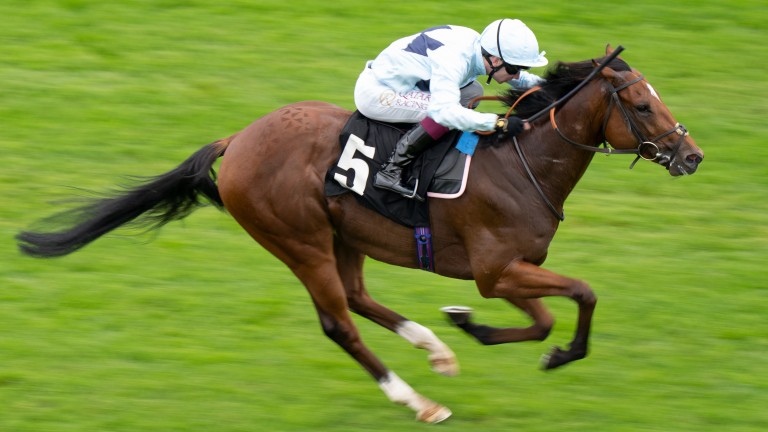 Murphy was full of praise for the winning trainer when speaking to Racing TV, saying: "Saeed bin Suroor tries to put me on winners and has been a massive help for a number of years."

Murphy completed his treble on a familiar friend as he steered the Andrew Balding-trained Neenee’s Choice to a fourth win on the spin in the 1m2f handicap.

William Buick was cut to 2-1 (from 7-2) by Paddy Power for the jockeys' championship on Thursday after his productive day in Norfolk put him within six winners of Oisin Murphy.

However, despite a book of six rides – five of which started at 16-5 or shorter – the 33-year-old drew a blank, including being beaten on 4-9 shot Silk Romance in the 7f fillies’ conditions stakes for juveniles which instead went to the Richard Hannon-trained Heredia. 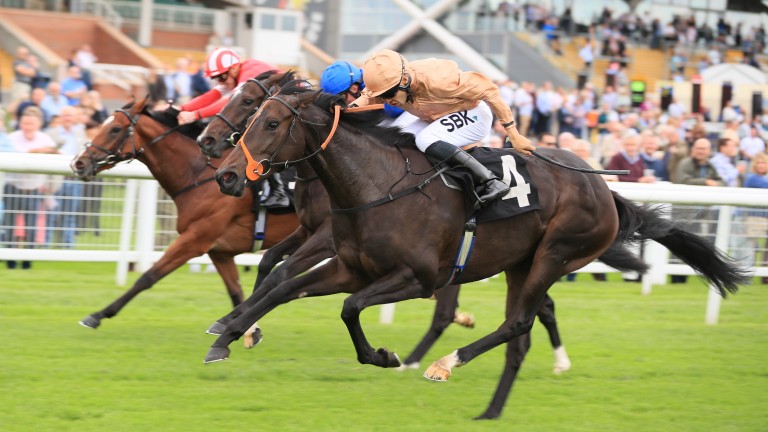 The daughter of Dark Angel picked up powerfully close home under Sean Levey to continue her perfect start to life on the racecourse, following up last month’s debut win at Windsor.

Trainer Martyn Meade celebrated a first winner in more than a month as Zechariah made all to land the mile conditions stakes in authoritative fashion.

Ridden by Tom Marquand for the first time, Zechariah backed up success at Sandown last month and holds exciting entries in the Group 2 Royal Lodge Stakes at Newmarket later this month and the Group 1 Vertem Futurity Stakes at Doncaster in October. 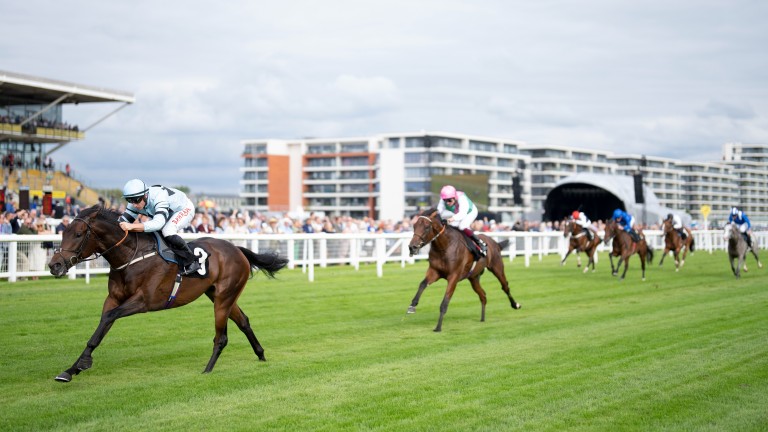 FIRST PUBLISHED 6:30PM, SEP 17 2021
I’m very grateful to the stable of Saeed bin Suroor as they try and put me on winners and they’ve been a massive help for a number of years