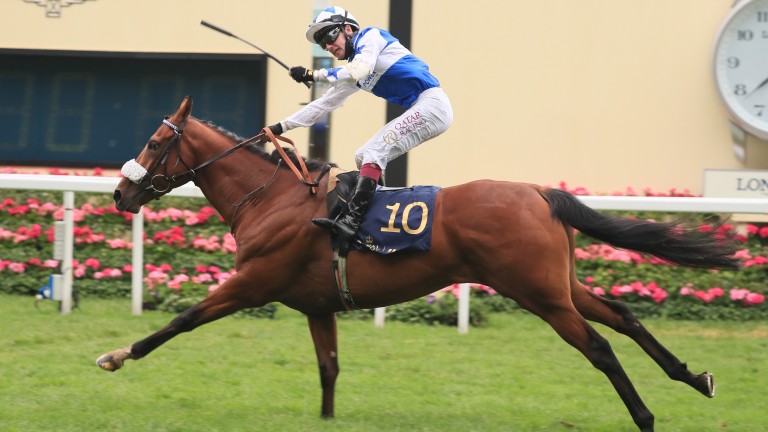 Oisin Murphy put on a masterclass aboard Foxes Tales to land the Golden Gates Stakes and claim top jockey at Royal Ascot.

The 13-2 shot was the fifth winner for Murphy, who shot up the rail from the rear of the field to take the win for the yard of Andrew Balding from Visualisation and Irish Legend.

The three-year-old settled in last but the race opened up perfectly for him with the main body of the field coming away from the far side rail.

There was a moment of concern as Foxes Tales drifted left across the course within the final furlong, but ran into thin air and spared Murphy the agony of another stewards’ inquiry.

Declan McDonogh and Visualisation, who had been tracking the leaders for much of the race, was able to close the distance to the line but was unable to catch son of Zoffany, who held on for a two-and-a-quarter-length win. 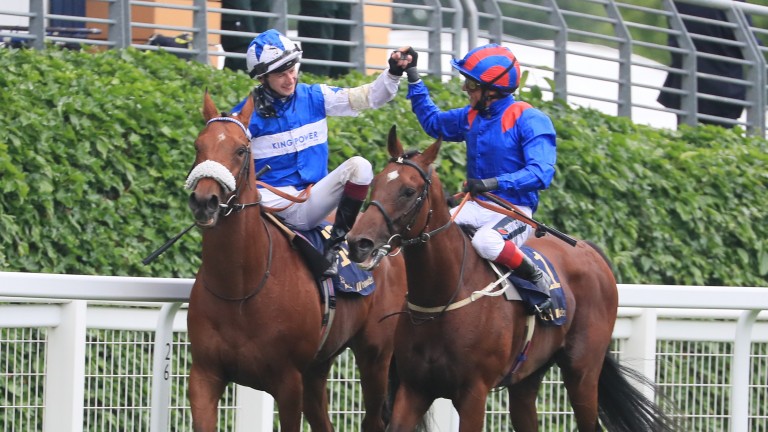 Murphy said: "It’s beyond my wildest dreams. Ascot is a top place, the Olympics of our sport, so thank you to everyone who has put me on top of fast horses. It’s incredible.

"A winner for King Power Racing is just fantastic, they are huge supporters of British Racing, myself, and Andrew Balding, and to repay them on the big stage is massive."

The win solidified a remarkable week for the rider, who pushed two successes clear of Frankie Dettori and William Buick.

It was a bounce back to form for Foxes Tales, who struggled at Chester in the Dee Stakes last month but seemed to relish the switch to a more conventional track.

The victory also gave Andrew Balding’s team a fourth success of the week. The trainer was among yesterday's Group 1 winners with Coronation Stakes heroine Alcohol Free.

The talented Stratum stayed on powerfully to take the Queen Alexandra Stakes under a terrific Ryan Moore ride and provide trainer Willie Mullins with his third winner of the race.

The former Cesarewitch winner demonstrated his class in Britain's longest flat race and pulled clear from 40-1 outsider Calling The Wind to win by three and a quarter lengths, with last year’s runner up The Grand Visir a further half length back in third.

The win capped off a fine day for Moore, who completed a treble on the final day and took his tally to four for the week, one short of leading jockey Oisin Murphy. 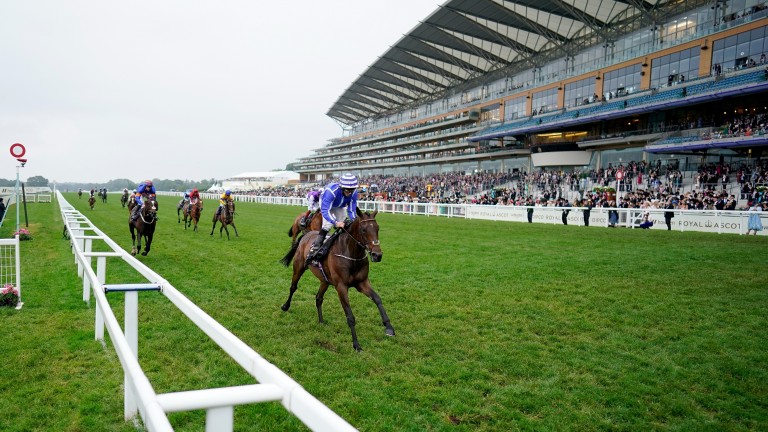 It was a third victory for Moore and Mullins in the final race of the royal meeting, having scored with Simenon in 2012 before the pair were at it again two years later with Pique Sous.

Punters latched onto the Frankie Dettori-ridden Falcon Eight and the Chester Cup scorer was backed into 7-4 just before the off, but he failed to land a blow and finished a disappointing 9th.

A delighted Mullins expressed his admiration for the three-time champion jockey and he said: "He came off the bridle probably just turning for home. I thought you just want to finish in the first four.

"When he got to the first four, Ryan has weaved his magic. It’s fantastic to have someone like Ryan Moore for when we bring over these type of horses."

John Gosden successfully defended his leading trainer title after gaining four victories to win the award for a third time and first since sharing his licence with son Thady at the start of this season.

FIRST PUBLISHED 5:48PM, JUN 19 2021
It’s beyond my wildest dreams. Ascot is a top place, the Olympics of our sport