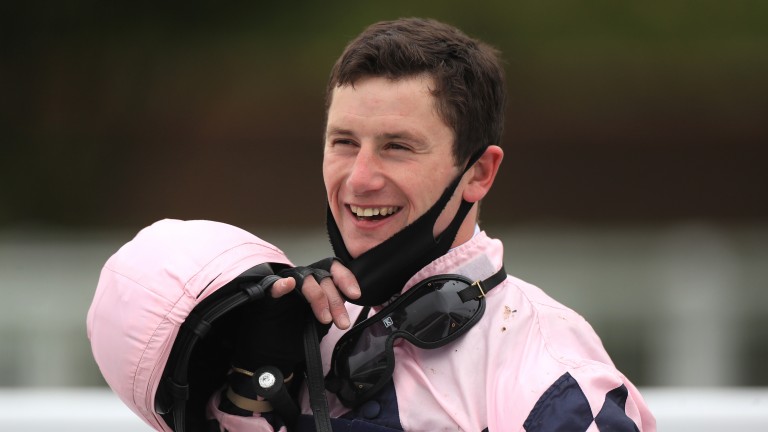 Champion jockey Oisin Murphy took advantage of the absence of rival William Buick to draw level at the top of the jockeys' championship with a timely pre-Royal Ascot treble at the Surrey circuit.

Two of Murphy's winners were provided by trainer Saeed bin Suroor, with the first coming on Passion and Glory, who landed a big gamble in emphatic fashion in the 1m2f handicap.

Godolphin's five-year-old was backed to the exclusion of everything else into 6-5 favourite from 5-1 in the morning before registering his first win on the all-weather by a handsome four lengths.

Murphy later scored in the same silks to bring up his treble on Tomouh, who handled a drop into the sprinting division in style when making all in the 6f handicap.

Bin Suroor said: "The horses are running well, which is good with Royal Ascot around the corner, and long may it continue."

The second of Murphy's three winners came in the 6f novice for two-year-olds when he got Adaay In Asia up to beat favourite Golden Rainbow for trainer Harry Dunlop.

Luke Morris had scored on his final ride on Sunday at Doncaster and carried on where he left off when landing the opener on Cayman Moon for William Knight.

The 11-1 chance was extending the good recent run of owners Middleham Park Racing, and improved for the step up to a mile and a quarter.

Newmarket trainer Knight said: "I think the application of a first-time visor has made all the difference to Cayman Moon. He's a bit immature still and he's the sort of horse that will be tackling a mile and a half later on."

FIRST PUBLISHED 6:00PM, JUN 14 2021
The horses are running well, which is good with Royal Ascot around the corner, and long may it continue