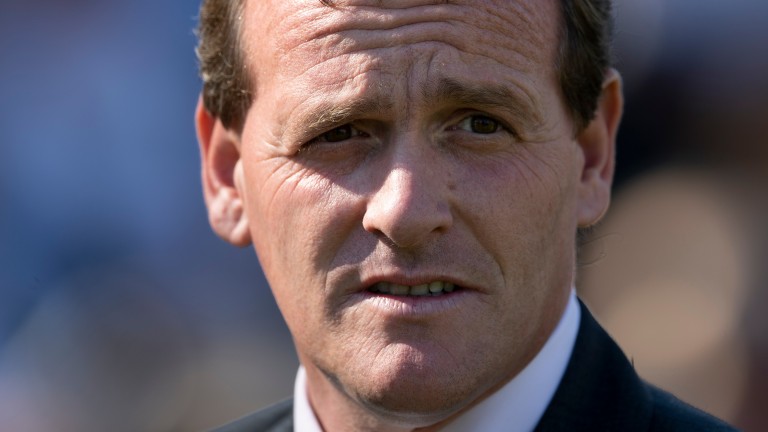 Often used as a warm-up for Royal Ascot, this two-year-old contest has produced plenty of runners at the month's showpiece meeting and that will be on the mind of connections of the six-strong field.

The 2016 edition saw Prince Of Lir come out on top against The Last Lion, and it was an identical result when the pair renewed rivalry in the Norfolk Stakes at the royal meeting.

Cardsharp, winner two years ago, was another to advertise the importance of the race as a reference point for stars of the future. The Mark Johnston-trained colt went on to finish third in the Norfolk Stakes before winning Newmarket’s July Stakes.

Richard Hannon does not have many runners at the track and it appears significant that Oh Purple Reign is sent out again quickly after finishing second in the Woodcote at Epsom on Derby day.

It appeared the colt did not handle the idiosyncratic track and may do better back on a more conventional course.

Oh Purple Reign may well start favourite and Hannon sent out the winning jolly in the shape of Langavat in 2013.

Cardsharp: winner of this race two years ago
Martin Lynch

Mark Johnston won this event with market leaders Great Scott in 2003 and Cardsharp two years ago, and this time round his challenger Xcelente is seeking to bounce back after failing to show his true worth last time out at Pontefract.

Prince Of Lir’s owners, the Cool Silk Partnership, have high hopes of collecting the Hilary Needler Trophy earlier on the card and are represented by Summer Sands, who should improve on a promising third in a hot contest at York.

What do they say?

Richard Hannon, trainer of Oh Purple Reign
He didn’t quite handle the camber at Epsom but still ran a great race to finish second in the Woodcote. We’re backing him up just seven days later but he’s done absolutely nothing at home all week and he’s a very pacey, athletic horse, so the drop to five furlongs won’t be a problem.

Charlie Johnston, assistant and son of Mark Johnston, trainer of Xcelente
He started well but was disappointing at Pontefract. Things just didn’t pan out for him that day. He's a horse we would expect to run well but he will benefit in time from being stepped up to six furlongs.

James Tate, trainer of Dream Shot
He's a bit quirky and was green in the middle of the race that he won at Goodwood. It’s difficult to rate his form at present and at this stage of this season a lot of trainers are in the dark as to how good their two-year-olds really are. We should learn a lot from this. The stiff five furlongs will suit him perfectly but I would be a bit nervous if they got a lot of rain.

Richard Fahey, trainer of Summer Sands
We're very pleased with him and it looked a decent race that he took part in at York. This looks the right sort of race for him and he should do well.

FIRST PUBLISHED 6:07PM, JUN 7 2019
This looks the right sort of race for him and he should do well