O'Faolains Boy ruled out of Newbury with minor leg problem 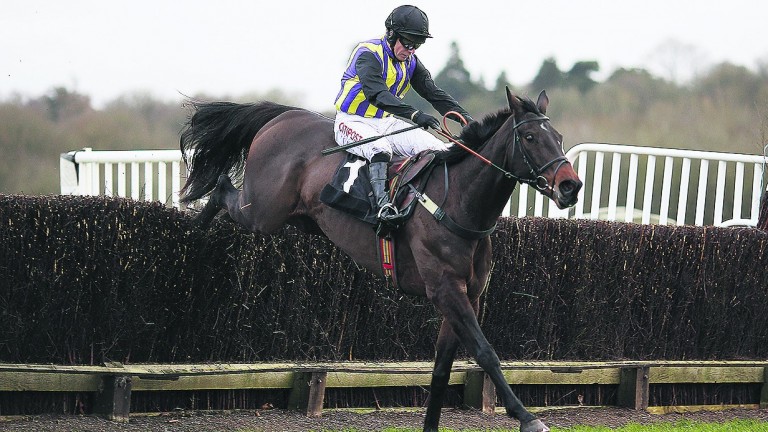 O'Faolains Boy, who had been a general 10-1 chance for next Saturday's Hennessy Gold Cup at Newbury, will miss the race after suffering a minor setback.

Trainer Rebecca Curtis on Saturday confirmed the nine-year-old will not be seen again until the new year, with the Randox Health Grand National now the primary target.

O'Faolains Boy, who won the RSA Chase in 2014, has been off the track since finishing seventh behind Don Cossack in the Timico Cheltenham Gold Cup in March, but Curtis insisted the problem keeping him away from Newbury poses no long-term threat to his career.

"It's nothing major, there's just a little problem with one of his front legs, not a tendon or anything like that," she said. "It's nothing career or season-threatening, just one of those things that happens."

She added: "He's just suffering with a bit of bone pain and the vet has recommended we give him two or three easy weeks. He'll definitely be back after Christmas but not in time for the Hennessy.

"We'll try to aim him for the Grand National now, give him a couple of prep runs and give him a proper shot at it."

After skipping Haydock's Fixed Brush Hurdle because of the heavy ground, Unowhatimeanharry could make his seasonal reappearance in the Long Distance Hurdle at Newbury on Friday.

The Albert Bartlett Hurdle winner is one of 17 entries in the three-mile contest which has been switched from the day of the Hennessy Gold Cup.

El Bandit, winner of his last five for trainer Paul Nicholls, and Aintree Grade 1 scorer Ballyoptic are among the potential opponents in a contest won last year by Thistlecrack.

FIRST PUBLISHED 12:32PM, NOV 19 2016
We'll try to aim him for the Grand National now, give him a couple of prep runs and give him a proper shot at it