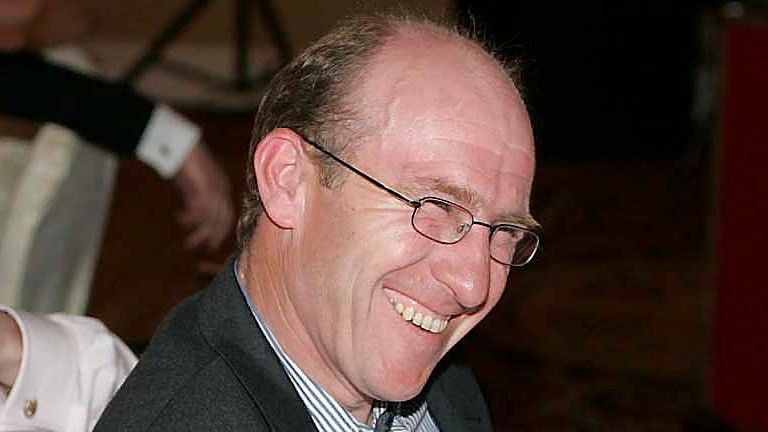 Conor O’Dwyer has urged racing fans to offer their support for the John Shortt Legends Day at Punchestown next Thursday, where he, Paul Carberry, Mick Kinane, Charlie Swan and many other high-profile former jockeys will be taking part in the charity race.

An auction will also take place on the day, with the prizes on offer includes a morning on the gallops and breakfast with Jonjo O'Neill, and Sir Michael Stoute.

There are also return flights by private jet to Cheltenham in March, 12 months' training fees with Michael Halford and Jessica Harrington, and a nomination to stallions Dandy Man and Mehmas. All proceeds from the event will go to building a house for Shortt's family.

Shortt, who died aged 53 this year, was a popular jumps jockey who rode around 400 winners, including Space Trucker in the 1996 Fighting Fifth Hurdle. He retired in 1998 and became a jockeys' agent, with O'Dwyer, Swan, Shay Barry and Ken Whelan among those he had on his books.

O’Dwyer, who was a close friend of Shortt, said: “It’s a testimony to the man that nobody’s arm needed twisting to take part in this day, and it's heart-warming to see how many people want to be involved.

"The support we have received has been fantastic and all of the riders taking part are on course to reach their target of €5,000, which is a fair sum of money.

“It promises to be a brilliant afternoon and the prizes we have assembled for the auction are terrific. We just hope people turn out to support the day as it’s for a good cause and it should be a lot of fun.”

'It's a great cause'

Also returning to the saddle for the day is Philip Dempsey, who admits getting back to race fitness hasn’t been easy.

He said: “I borrowed a bike off a friend and I'll be very happy to give it back! My kids give me awful stick about being a small fat jockey so I've been doing plenty of work to make sure I at least look the part."

He continued: “It’s a great cause, though it feels odd returning to the saddle. I don’t think the competitive streak ever leaves you as a jockey.

“Lorcan Wyer has been flat out riding for Gordon [Elliott] and Brendan Sheridan is down with Willie [Mullins] every other day. I bumped into Martin Lynch the other day and he looks 25-years-old again.

“Every one of us wants to win and, while it’s for a good cause, we aren’t treating it like a charity race. Gordon is meant to be giving me a horse for the day and I hope it’s a good one because I’d love to win it.”

More information on the event can be found at www.punchestown.com

FIRST PUBLISHED 1:51PM, OCT 11 2017
The support we have received has been fantastic and all of the riders taking part are on course to reach their target of €5,000