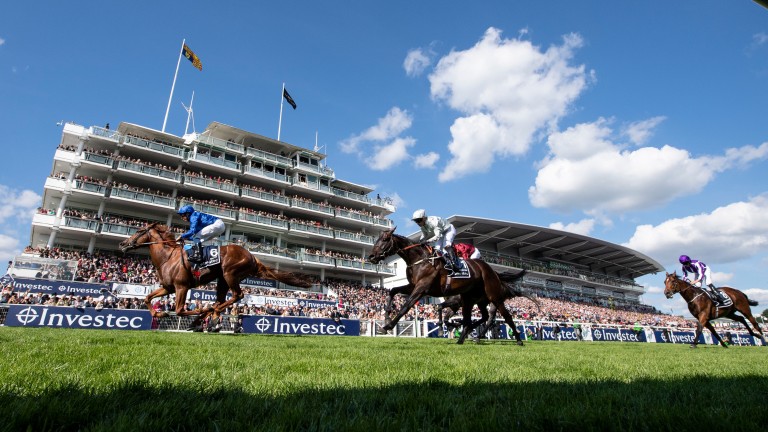 Derby second Dee Ex Bee (pale silks, centre) brings the strongest form into the Grand Prix but must put behind him a disappointing effort at the Curragh
Edward Whitaker
1 of 1
By Scott Burton UPDATED 4:01PM, JUL 14 2018

Investec Derby runner-up Dee Ex Bee is likely to be in the unusual position of starting as a short-priced favourite for a Group 1 despite having been beaten in each of his four starts this term.

That reflects Mark Johnston keeping the son of Farhh in good company, but there is one complicating matter for fans of Dee Ex Bee.

His only disappointing effort was on his most recent start when failing to land a blow in behind Latrobe in the Dubai Duty Free Irish Derby.

Johnston was inclined to blame the track and the very quick ground that day and, while Paris has been sweltering in recent weeks, course officials at Longchamp have watered liberally during the week in order to have ground no faster than good by Saturday evening.

"We don’t think he needs cut but his last run on very firm ground at the Curragh didn’t suit him," said Charlie Johnston, assistant to his father. "As long as there's no firm in it then that should suit him. If he runs to his Epsom level he should win – no two ways about it." 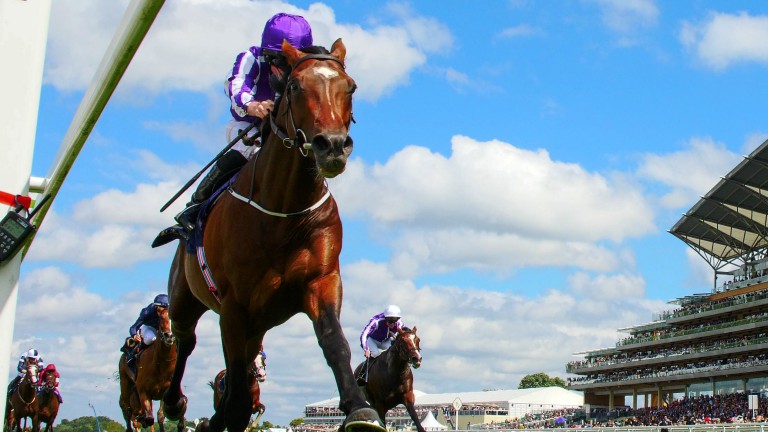 Kew Gardens and Ryan Moore stretch away from the field to score in the Queen’s Vase
Mark Cranham (racingpost.com/photos)

Both of Aidan O'Brien's representatives are dropping back in trip from the 1m6f of the Queen's Vase, in which Kew Gardens was an impressive winner and Nelson stayed on well in third having opened up a big lead early on.

Prior to that run Kew Gardens – the choice of Ryan Moore on Saturday – was ridden aggressively in the Derby before cracking in the straight, finishing 25½ lengths adrift of Dee Ex Bee.

Moore and O'Brien will draw strength from the fact that Kew Gardens beat Dee Ex Bee on their only other meeting in the Zetland Stakes over 1m2f at the back-end of last season.

Donnacha O'Brien takes the ride on Nelson, who looked a genuine Derby contender when landing the Ballysax Stakes on heavy ground in April but failed to build on that when sent back to Leopardstown the following month for the Derrinstown. 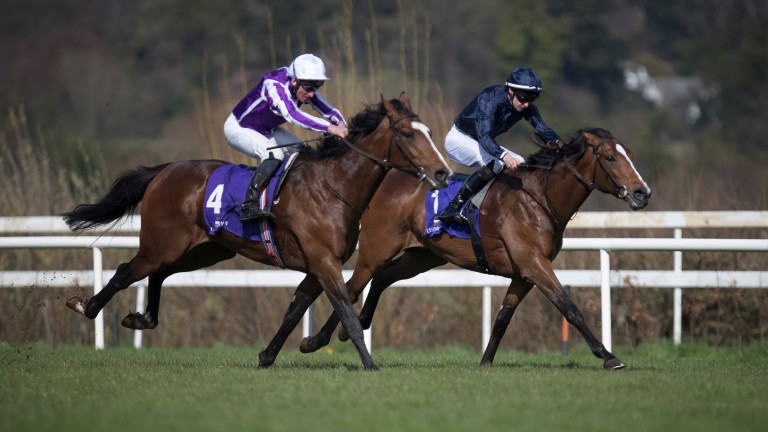 O'Brien said: "We've been very happy with Kew Gardens since his Queen's Vase win and we don't expect the two-furlong drop in trip will be a problem. The same applies to Nelson who ran third in the Vase. He's been in good form since."

Neufbosc on a familiar path

In France the Pattern for mile and a half horses leading up to his race has been tinkered with several times in recent years but the Listed Prix de l'Avre and the Group 3 Prix du Lys have remained important steps along the way.

In that context Neufbosc, a cosy winner of the first leg before registering a more decisive success on his most recent start, carries strong credentials into this race, not least the fact both those  wins were achieved over course and distance.

"He has done everything we have asked of him so far," said Pia Brandt, who won this race two years ago with Mont Ormel (later renamed Helene Charisma after his sale to Hong Kong). "He doesn't show very much in the mornings but he is in good spirits and I hope that coming here a relatively fresh horse might be an advantage."

Joseph O'Brien kept Latrobe in the race until the final declaration stage but instead relies on Downdraft, who has been plying his trade in handicaps and finished sixth in the King George V Stakes at Royal Ascot last time on his first try at a mile and a half.

"He's been in good form since his run at Ascot," said O'Brien. "It looks very competitive and hopefully he can improve and pick up some prize-money."

Andre Fabre has won the Grand Prix a record 13 times, most recently with a far from obvious candidate in 33-1 shot Gallante four years ago.

Folamour only has a maiden success to his name on the most recent of four starts but couldn't have done it more easily, while his previous effort when second to Hush Writer reads quite well. 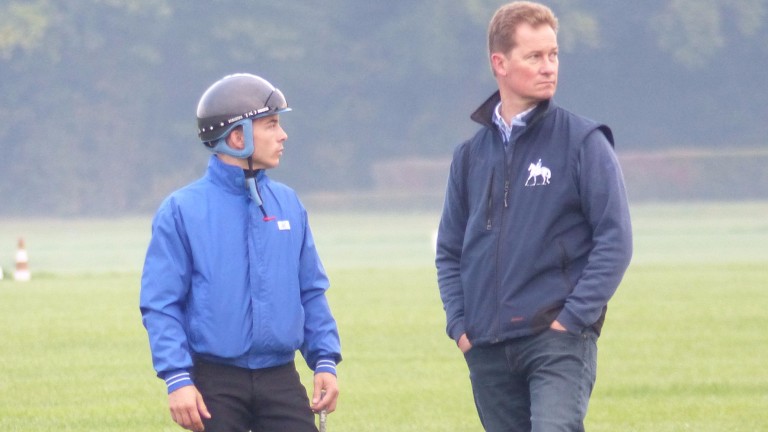 "We've always thought a lot of him and, like many products of Intello, he is improving with racing," said Pierre-Yves Bureau, racing manager to Folamour's owner/breeders Alain and Gerard Wertheimer. "Obviously this is a gamble but he is an improving horse and some of his rivals have had plenty of hard racing while he is still pretty fresh."

The Hughie Morrison-trained Marmelo attempts to go one better than 12 months ago in the Group 2 Prix Maurice de Nieuil (6.25), and is joined by Algometer – who was scratched at Newmarket on Thursday by David Simcock because of fast ground – in a line-up which also includes Prix Royal-Oak winner Ice Breeze.

Earlier on the card Archie Watson and Hollie Doyle team up with Julius Limbani in the Listed Prix Roland de Chambure (4.55) over seven furlongs, while the chief attraction in the Prix de Thiberville (5.55) is Zarkamiya, daughter of Zarkava and Frankel.