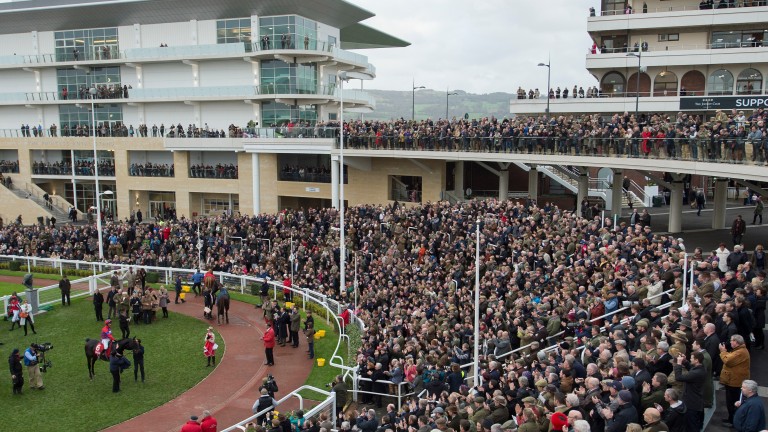 The Betfair odds on Monday moved in favour of the Cheltenham Festival going ahead after prime minister Boris Johnson said it was "business as usual" following an emergency meeting to discuss the coronavirus outbreak in Britain.

On Sunday evening the price of the festival not starting on March 10 as planned had touched as low as 2.2 on the exchange but at 11am on Tuesday it was trading at 6, with the price on racing going ahead at 1.18. More than £1.5 million has been traded since the market opened.

After Johnson had chaired a meeting of the government's Cobra committee, he warned that the coronavirus outbreak in Britain is likely to escalate in the coming days and weeks but urged the British public to go about their business as usual for the time being, with a full action plan likely to be published on Tuesday.

He said: "This is a problem that is likely to become more significant for this country in the course of the next days and weeks and therefore we've been making every possible preparation for that and this country is very well prepared.

"We've agreed a plan so that if and when it starts to spread, as it looks likely it will, we are in a position to take the steps that will be necessary, reasonable and possible to contain the spread of the disease as far as we can and to protect the most vulnerable.

"We'll be announcing that plan and the details not only tomorrow but in the course of the days and weeks ahead as the thing develops. I wish to stress that at the moment it is very important that people consider that they should go about business as usual." 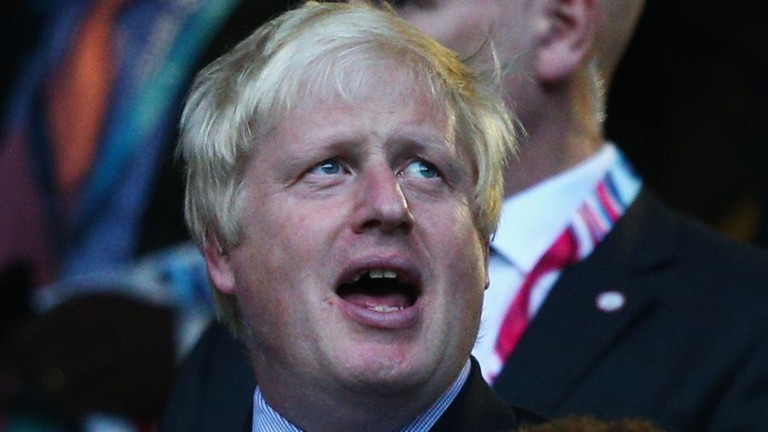 Speaking to the BBC, he added any decisions on "when and how to take protective steps" in the future will be led by "scientific advice".

In an interview with ITV, health secretary Matt Hancock said: "In this very early stage there are several weeks before this [infection] becomes very widespread. Right now the advice is not to cancel big events."

The number of confirmed cases of coronavirus in Britain climbed to 39 on Monday, with three new cases announced, a fall on the previous day's total. Over 13,000 people have now been tested for the virus in Britain.

A racing industry group, comprising representatives from the BHA, Racecourse Association and horsemen, has been established to consider the implications on the sport of the coronavirus outbreak and has agreed to follow government guidance.

The BHA has said there are mechanisms to allow major fixtures which are cancelled or abandoned for any reason to be restaged at a later date, but at this stage the coronavirus steering group has deemed it unnecessary to develop a policy regarding the potential loss of any specific fixtures due to the virus.

Responding to Monday's meeting, a spokesman for the BHA said: "Following its Cobra meeting, government has today reiterated its position that business should continue as usual at present across the country, and that focus should continue to be placed on following their advice regarding controlling the spread of the disease.

"The industry’s steering group is coordinating the sharing of this government advice with the sport’s participants.

"The steering group remains in regular and ongoing contact with government and continues to consider a wide range of scenarios in order that we are able to act quickly in case the situation should change."

Scotland's first minister Nicola Sturgeon, part of the Cobra meeting, stressed that the outbreak was very firmly in what the government describes as the "containment phase" and only if it reached the "delay phase" – when experts judge the infection has taken hold within a community – would measures be taken to slow down the spread and lower the peak of the infection.

She added: "Let me be clear that it is during that [delay] stage and not the current contain phase that decisions around, for example, the cancellation of large-scale events will be taken.

"We are not at that stage yet and decisions about if and when we reach that stage and what the implications of that will be will be guided very firmly by the scientific advice that all four governments are receiving."

Globally, there have been close to 90,000 confirmed cases of coronavirus within more than 60 countries, with 80,000 cases in China alone.

More than 3,000 people have died as a result of the virus, the vast majority in China's Hubei province, where the outbreak originated in December, although ten other countries have suffered fatalities.

Coronavirus explained: will the Cheltenham Festival be affected?

In France, the government banned gatherings of more than 5,000 people in confined spaces and outside demonstrations in areas where the virus has been reported over the weekend, with Sunday’s Paris half-marathon cancelled.

Tuesday's meeting at Chantilly will be run behind closed doors as French public health officials react to the threat posed by coronavirus. The meeting at nearby Compiegne on Monday was also closed to the public and the same restriction will apply at Wednesday's meeting.

The European Union raised the coronavirus risk level to high from moderate on Monday, while Public Health England officials said the widespread transmission of the virus in Britain is now "highly likely".

FIRST PUBLISHED 2:36PM, MAR 2 2020
I wish to stress that at the moment it is very important that people consider that they should go about business as usual