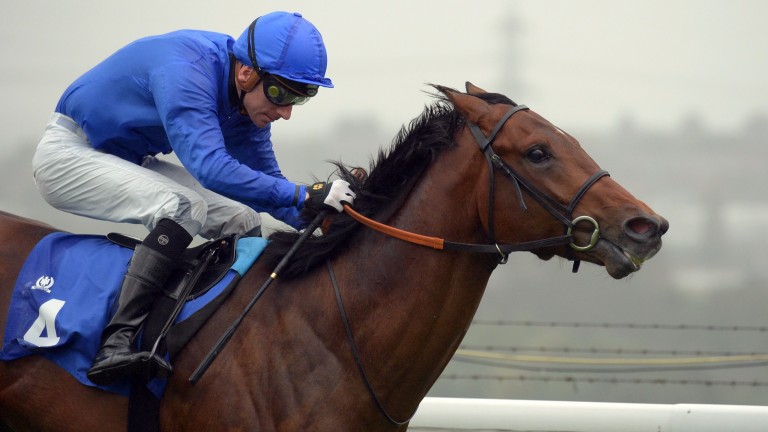 Oceanographer can earn a guaranteed spot in the Melbourne Cup with a Lexus Stakes win
1 of 1
By Mark Scully in Melbourne 5:19PM, OCT 25 2016

Oceanographer could bid for a spot in next week's Melbourne Cup field by contesting Saturday's Lexus Stakes at Flemington after trainer Charlie Appleby took advantage of the race being re-opened for entries.

The five-year-old was a fast-finishing third in last week's Group 3 Geelong Cup, behind stablemate Qewy, an effort that left him 29th in the order of entry for the spring carnival's feature race.

The Melbourne Cup has a field limit of 24 so Oceanographer needs five runners to come out in the next few days and, while connections are optimistic that could happen, Saturday's Group 3 contest provides another way of getting into the big one.

Any horse left in contention for the Melbourne Cup following the most recent acceptance stage earlier this week can earn an automatic place in the race if they win the Lexus.

"He's still in the race for the Melbourne Cup but needs a few to come out," said Godolphin's James Ferguson. "We're not saying he is definitely going to run on Saturday but this gives us more options.

"It lets Charlie and Sheikh Mohammed take a look at who might be in what and gives us more time to think, but we are still hopeful he will get into the Melbourne Cup. There is also the Queen Elizabeth Stakes [at Flemington on November 5] as an option if he does not get in."

Local hopes Black Tomahawk and Cinnamon Carter were also added to the Lexus entries, leaving the race with a potential 15 runners, although neither can earn a Melbourne Cup berth with a win.

Along with Oceanographer, those who can do so are Pentathlon, currently 26th, Rose Of Virginia, in 27th, plus Tom Melbourne, The Bandit and De Little Engine, who are all yet to pass the first ballot clause.

Real Love and Tally have also been entered for the Lexus but both are already inside the 24-runner cut-off.

FIRST PUBLISHED 10:01AM, OCT 25 2016
It lets Charlie and Sheikh Mohammed take a look at who might be in what and gives us more time to think but we are still hopeful he will get into the Melbourne Cup