Enable became the seventh filly to win the Arc throughout the past decade and in doing so, completed her fifth Group 1 win on the bounce.

Despite the fact that she has been campaigned pretty aggressively this season, the John Gosden-trained filly showed no signs of having a tough season and powered home in the manner of top-drawer racehorse.

She is as consistent as she is classy and it is her brilliant attitude and constitution that may tempt connections to keep her in training for another year. What a sight that would be!

The champion trainer enjoyed a weekend to remember as he sent out four Group 1 winners spread evenly between Newmarket and Chantilly, a feat that prompted Paddy Power to trim his odds to just 1-8 to beat Bobby Frankel’s record of 25 top-flight victories in a season.

The highlight of O’Brien’s achievements was his performance in getting Rhododendron back to her best in the Prix de l'Opera a little more than three months after she burst blood vessels in the Prix de Diane.

The Breeders' Cup can often be overlooked by the British racing public, but next month's two-day extravaganza at Del Mar could hold plenty of interest, with a potentially large raiding party being assembled. 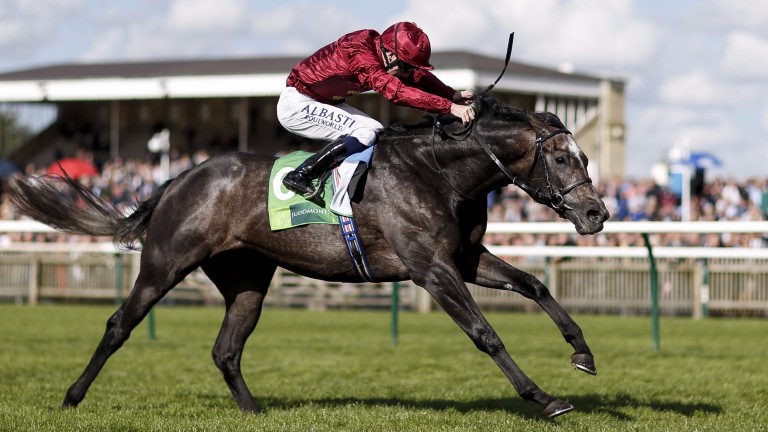 Roaring Lion: the Royal Lodge winner may be heading to the Breeders' Cup
Alan Crowhurst

Royal Lodge winner Roaring Lion, Cheveley Park winner Clemmie and third Madeline plus Rockfel third Gavota are among a batch of juveniles under consideration for the meeting, and it must be encouraging for Breeders' Cup officials that their efforts to attract overseas runners, including the the 'win and you're in' initiative, is paying off.

He could manage only fourth in the Nunthorpe Stakes after getting worked up before the race. but Battaash proved he is a top-notch performer with a devastating display in the Prix de l'Abbaye.

The three-year-old is clearly a fantastic sprinter when he channels his energy in the right direction, and his handlers deserve plenty of credit for getting him to the start calm and collected. 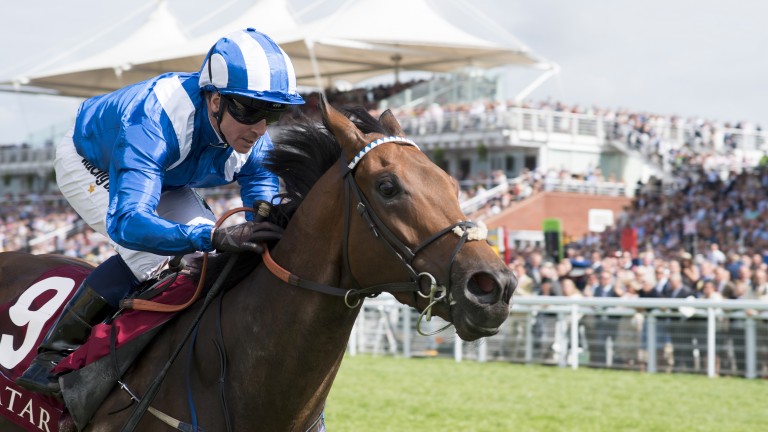 Battaash: proved that he is a top-notch sprinter in the Prix de l'Abbaye
EDWARD WHITAKER / RACINGPOST.COM/PHOTOS

Arc day may have been one to remember for the raiding British and Irish but it was a one to forget for the home team, who could not claim a single victory at Chantilly.

There was some promise to be gleaned, though, in the Arc as the Andre Fabre-trained Cloth Of Stars ran a creditable race to finish just over two lengths behind the mighty Enable.

The bookies would have had a spring in their step going into Arc day, as Saturday's big betting race, the Cambridgeshire, provided a wild result.

Dolphin Vista returned at 50-1, chased home by 100-1 shot Sands Chorus, with another 50-1 chance, Cote D'Azur, filling third at 50-1 for good measure. It was the stuff of fever dreams for bookmakers as they cleared up, but Chantilly proved a nightmare. 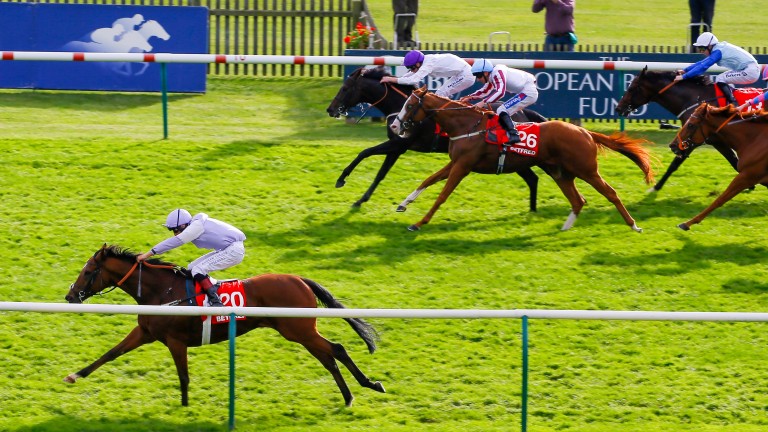 Dolphin Vista: he was massive result for the bookmakers in the Cambridgeshire at 50-1, but their joy would not last
Mark Cranham

Battaash and Aclaim were all body blows, but Enable's devastating Arc success was the dagger to the heart, as she proved exactly why she was odds-on to prevail, leaving bookmakers' wallets a lot lighter.

Dermot Weld’s Shamreen was a brilliant winner of the Blandford Stakes on Irish Champions Weekend but her performance in the Prix de l'Opera, when last of the 13 runners, was too bad to be true.

FIRST PUBLISHED 1:56PM, OCT 2 2017
The highlight of O’Brien’s achievements was his performance in getting Rhododendron back to her best in the Prix de l'Opera

Ascot collector's item as Dettori's flying dismount outshone by tearful groom Love brightens the week for Aidan O'Brien but draw-bias punters are wrong-footed Late plunge pays off as Cieren Fallon and Oxted lower colours of Battaash 'I'm looking for a big show from him - he's a serious each-way player' 'He shows everything at home - he relaxes, he quickens, he gallops' Moore has been booked on Mother Earth from day one - is it the right choice?