Breeders' Cup POSTCARD FROM the usa

Tom Kerr with an on-the-spot view from Santa Anita 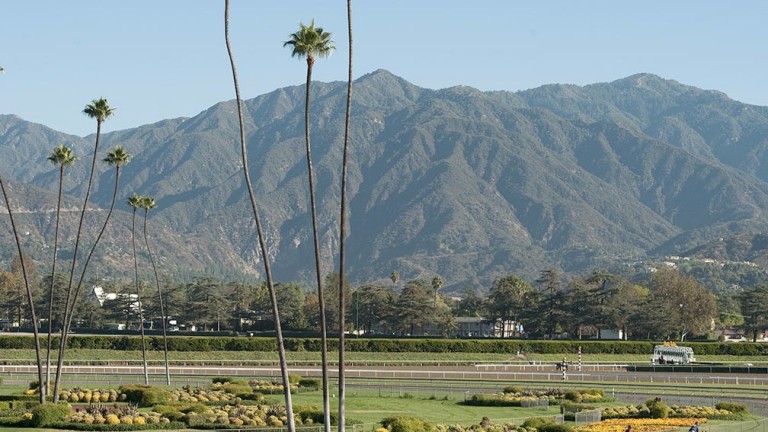 Any racing punter who makes a habit of listening to or reading trainer's thoughts on their runners knows that not every quote can be taken at face value.

Trainers have owners to appease, they have their own self-doubt or superstitions to wrestle with. Some are naturally optimistic, or pessimistic. Some are brusque, others gregarious.

Yet listen long enough and every punter develops a sort of knack for differentiating between perfunctory optimism and genuine enthusiasm.

So it was that while listening to the hugely engaging Aidan O'Brien at Santa Anita on Tuesday I detected some gold-standard enthusiasm.

Most of O'Brien's record 12-strong team are leading chances in their races, so it would be no surprise if he strongly fancied several of them, but when he spoke about Washington DC in the Turf Sprint –actually one of his bigger-priced runners – his enthusiasm seemed especially pronounced.

So pronounced, in fact, that he repeated three times in less than 30 seconds how much he was looking forward to seeing his "grand little hardy horse" run in the race. Make of that what you will, but it certainly got my attention.

How decisions get made at Ballydoyle

Found was, of course, the major topic of conversation when the press gathered with O'Brien and he revealed that her hard 2016 campaign, which is about to take in a tenth race, may not be done yet, with races in the Far East still in the mix.

It also emerged that this wonderfully tough filly was also previously under consideration for the world's richest race.

Discussing the decision to run Found in the Turf instead of the Classic this weekend, O'Brien said that one of the main motivations pushing connections towards an ambitious shot at the dirt feature race was to gear her up for a run in the $12 million Pegasus World Cup, which is to be run for the first time at Gulfstream Park in January, also on a dirt surface.

Yet, in a curious insight into the decision-making process at Ballydoyle, it seems no-one had really voiced that plan. It was just, well, assumed.

"I'd be wrong to say it [running in the Pegasus] wasn't a little bit on everybody's mind with Found," O'Brien said.

"No one was saying much about it but I know everyone was thinking about it. It was what was a little bit pushing us to the Classic.

"In our place you feel when things are going round in everyone's head. You don't know who makes the decision but the decision gets made, if you know what I mean?"

However decisions get made at Ballydoyle, you can't question the results.

FIRST PUBLISHED 10:57AM, NOV 2 2016
When he spoke about Washington DC in the Turf Sprint - actually one of his bigger priced runners - his enthusiasm seemed especially pronounced