O'Brien sticks to the plan as Mendelssohn faces Travers challenge 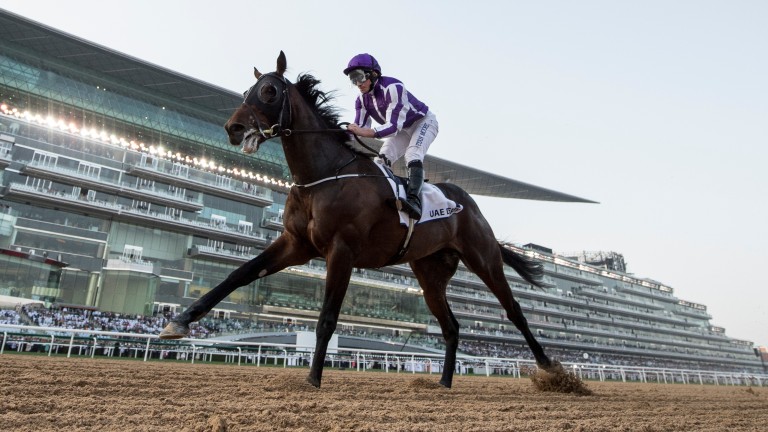 Aidan O'Brien, who has had just three winners from his last 49 runners in Ireland and Britain, puts his domestic travails behind him to focus on international priorities as he looks to secure a first victory for Mendelssohn on American dirt at Saratoga on Saturday.

The trainer identified Mendelssohn as a live Kentucky Derby horse at the end of a two-year-old campaign that climaxed in victory in the Breeders' Cup Juvenile Turf.

The son of Scat Daddy did not deliver on that promise in a bruising introduction to US dirt racing at Churchill Downs, which ended with Mendelssohn crossing the line last of 20, 74 lengths behind Justify.

That was in stark contrast to his warm-up race on Meydan's dirt track, where he claimed the UAE Derby by 18 and a half lengths. 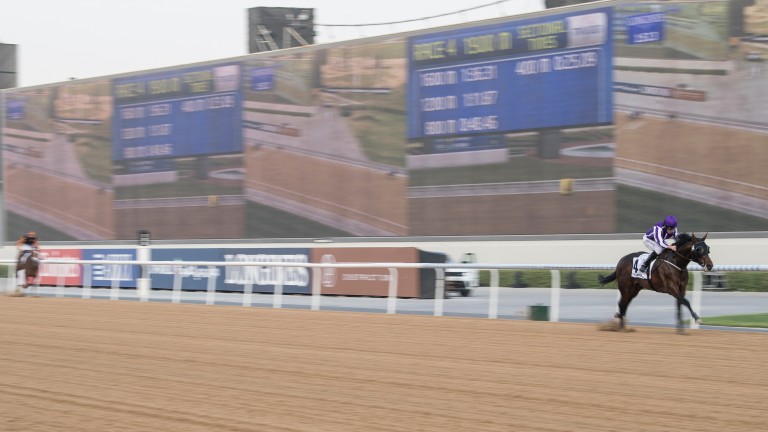 Rather than abandon the project, O'Brien has stuck to his beliefs and, having given the colt another dirt start in the Grade 3 Dwyer Stakes in which he ran third, pitches him back into top company for the Runhappy Travers Stakes – America's 'Midsummer Derby' which ranks behind only the Kentucky Derby and Belmont Stakes in prestige among the country's three-year-old contests.

Arrogate won the prize two years ago and, while Justify has retired, Mendelssohn still faces the colts who ran second to the Triple Crown hero in the Kentucky Derby, Preakness and Belmont in Good Magic, Bravazo and Gronkowski, previously trained by Jeremy Noseda.

An encouraging performance would be another step towards his end-of-season goal, the Breeders' Cup Classic.

"I think after his bad run in the Kentucky Derby, I suppose he has to build on it,” said O'Brien's assistant TJ Comerford, who has travelled with the colt, the mount of Ryan Moore.

"I think he did build on it last time at Belmont. He had to get a little bit of confidence from somewhere to come back and run like he did.

"I know they made him favourite and I suppose a lot of people expected him to win, but it was a stepping stone for the days ahead. I think running positive on the dirt was a big thing for him, and if he can run a good race that’s all we’ll be asking for.

"We’re trying to persist with what the plan was originally, and that's to get him to the Breeders’ Cup. We’re just hoping to see that spark again because the UAE Derby was a really good performance. I’m sure he can come back to that again. We have to try.”

Seahenge steps up in trip

The Travers is the climax of a six-race Grade 1 bonanza at Saratoga, of which five are on dirt, with the Sword Dancer the only turf contest.

Flintshire (twice) and Main Sequence are among previous winners of the Sword Dancer, and 2017 winner Sadler's Joy returns for the invitational handicap in which O'Brien saddles Seahenge.

Seahenge won last year's Champagne Stakes at Doncaster and has been a travel companion for Mendelssohn this year. He has also been campaigned on dirt and now takes a big step up in distance for his first start on turf since the Racing Post Trophy. 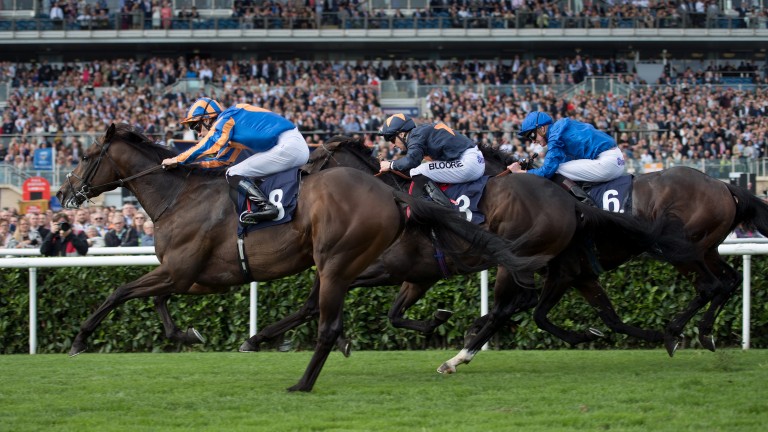 Seahenge (nearside): steps up in trip at Saratoga
Edward Whitaker

"We’re coming here trying to win a turf race as well," said Comerford. "The turf isn't a problem for us. That’s what we really dabble in."

Walker hopeful of a big run

O'Brien is not the only European seeking to leave a mark at Saratoga with Ed Walker running Indian Blessing in the night's concluding Graded race, the Woodford Reserve Ballston Spa.

Chad Brown saddles three of the six-strong field for a race he has won three times in the last six years. But Indian Blessing won a Group 3 at Hamburg and then finished a close third in the Oak Tree at Goodwood and rates a threat. 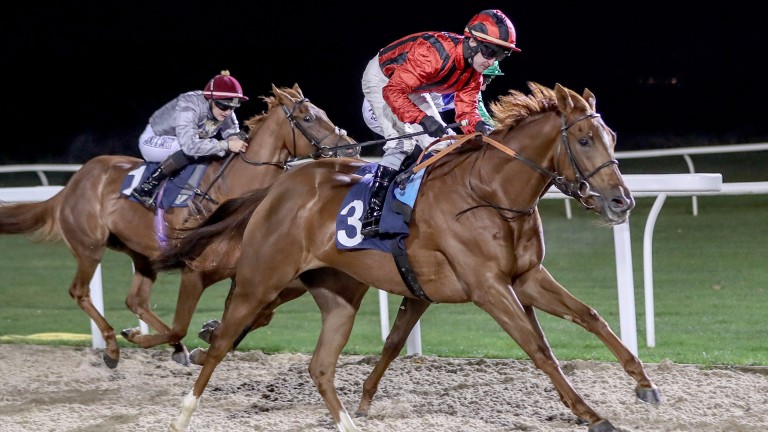 Walker said: "Indian Blessing is taking on a load of European cast-offs and, on their European form, she'd be seriously competitive.

"But while Chad Brown's A Raving Beauty, for example, wouldn't frighten you on her German form, she's won a Grade 1 in the States and might have improved a hell of a lot – unless she's just taking on lesser horses."

FIRST PUBLISHED 6:40PM, AUG 24 2018
We’re trying to persist with what the plan was originally, and that's to get him to the Breeders’ Cup