Soliloquy or Wild Illusion? Tough call for Buick as he ponders 1,000 Guineas bid 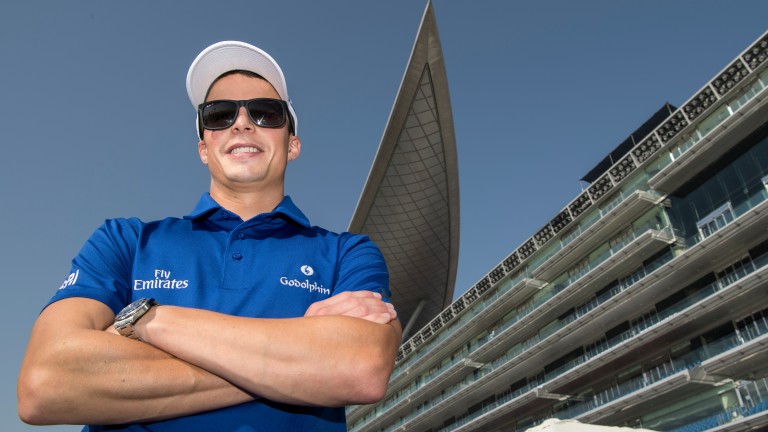 William Buick has a big decision to make as he weighs up the relative merits of leading Qipco 1,000 Guineas fancies Soliloquy and Wild Illusion before a Classic weekend at Newmarket, where Godolphin will be hoping to put one – or even two – over rival superpower Coolmore.

Godolphin will be desperate for a bigger slice of the Classic cake this year and in Soliloquy and Wild Illusion – plus Masar in the Qipco 2,000 Guineas – they have contenders who, on form and according to bookmakers, threaten to serve it up to the Ballydoyle battalions.

Buick, who rode a double at Ascot on Wednesday, partnered Soliloquy to victory in the Nell Gwyn last month – after which she was supplemented to the 1,000 Guineas for £30,000 – and a day later rode Wild Illusion in a very impressive piece of work on the Rowley Mile.

“It’s my decision to make but I haven’t decided yet,” said Buick. “They’re two high-class fillies and nothing that we know splits them.

“Soliloquy has had the run and that could be a deciding factor, but I’ll have a good look and hopefully I can make my own mind up. I think it’s really tough and the more I think about it the more I’m confusing myself.”

Buick has nothing to be confused about in Saturday’s 2,000 Guineas as he rides Masar, whom he partnered to a nine-length victory in the Craven Stakes last month.

Masar is general 9-2 second favourite behind the O’Brien-trained Gustav Klimt, at 5-2, and Soliloquy is also second in the market behind an O’Brien filly. She is a 6-1 shot, with Wild Illusion 8-1, and the market is headed by Happily at 5-2.

Buick said of Masar: “The Craven was a great performance and he looks to have taken it well. He’s beautifully bred and a beautiful looker and has the form in the book from last year, so it’s all there for him.

“If the ground stays fast, he’s got that bit of class. I was impressed in the Craven. It will be a tougher task on Saturday but he’s done nothing wrong in this country this year.”

US Navy Flag, last year's champion juvenile and winner of the Middle Park Stakes and Dewhurst, is likely to miss the race.

O'Brien revealed on Wednesday: "We're probably going to wait and run US Navy Flag in the French Guineas instead. We'll decide in the morning whether Murillo will join Gustav Klimt and Saxon Warrior in the line-up on Saturday."

Ballydoyle number one Ryan Moore will be at Churchill Downs on Saturday to ride Mendelssohn in the Kentucky Derby, and O'Brien added: “At the moment it looks like Seamus might ride Gustav, and that Donnacha will ride Saxon Warrior. That’s what we're thinking at the moment, but all those things can change.”

The trainer has previously spoken about Saxon Warrior's growth over the winter since his victory in the Racing Post Trophy, and continued: “We’ve probably never had a horse to change so much over a winter as Saxon Warrior has. He’s turned into a monster of a horse – big, powerful and strong.

“He’s going to run a long way off his two-year-old weight but his work is very nice and we're very happy with him. We think he'll get further than a mile. It will be a nice place to start him, and we look forward to him for the rest of the year."

Saxon Warrior: has turned into a monster of a horse according to Aidan O'Brien
Martin Lynch

Of Leopardstown trial winner Gustav Klimt, O'Brien said: “We were anxious to get a run into him as he hadn't run since Newmarket in the middle of last summer.

"We'd have liked to have run him in the Dewhurst to find out a little bit more about him, so were a little bit in the dark.

“It was soft ground at Leopardstown, very heavy really, and probably not ideal, but we felt we needed to run him. We always thought he'd prefer better ground and he did well to quicken in the ground."

He added: “Ryan rode him at the July meeting at Newmarket last year and was very, very full of him. We were delighted with his run at Leopardstown.”

FIRST PUBLISHED 12:43PM, MAY 2 2018
I can make my own mind up. I think it’s really tough and the more I think about it the more I’m confusing myself