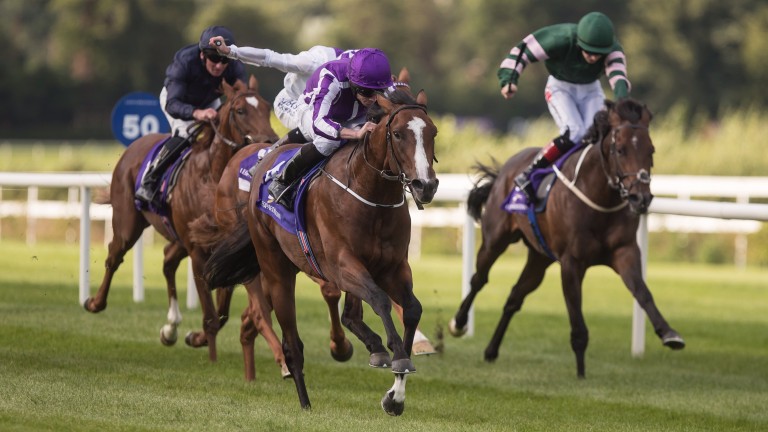 The Pentagon: could return to action this weekend
Patrick McCann (racingpost.com/photos)
1 of 1
By Brian Sheerin UPDATED 6:32PM, APR 10 2018

Leading Epsom Derby hope The Pentagon, 2,000 Guineas livewire Gustav Klimt and 1,000 Guineas contender Magical could be in line to make their seasonal debuts at Leopardstown this weekend as Aidan O’Brien steps up his Classic preparation.

O’Brien said The Pentagon is "a possible" to run in the Ballysax Stakes – a recognised Derby trial the trainer has won seven times, including victories with subsequent Epsom heroes Galileo (2001) and High Chaparral (2002) – but seemed more sure about the prospects of Gustav Klimt lining up in the 2,000 Guineas Trial on the same card.

Speaking about Gustav Klimt, a general 8-1 chance for Newmarket glory, O’Brien said: “He will probably run on Saturday, although the ground won’t be ideal.

“He hasn’t run since winning the Superlative Stakes at Newmarket last July and we’re keen to get a run into him.”

O’Brien could also run champion two-year-old US Navy Flag, Kenya and Murillo in the 7f contest and speaking about plans, the record-breaking trainer raised the idea of having runners in France and Newmarket in a bid to crank his season up a notch or two.

He explained: “We’re looking at having runners in France this weekend and possibly at Newmarket the following week.

“The weather hasn’t made things easy and we’d like to get a lot of the horses started off. We will sit down and discuss our options.”

Delano Roosevelt, Flag Of Honour, James Cook, Kew Gardens, Nelson and Rostropovich will also come into consideration for the Ballysax, a race O'Brien has also taken with Ballydoyle greats such as Yeats (2004) and Fame And Glory (2009).

On that group, he said: “They're all possibles and the weather will be the deciding factor. We’ll make a decision on what we’re going to run closer to the time.”

Actress, I Can Fly, Butterscotch, Dramatically, Magical and Sarrocchi are also in the mix for the 1,000 Guineas Trial on the same day, a race that could also feature Jessica Harrington’s Alpha Centauri.

Harrington said: “She has done really well over the winter and is ready to run, so hopefully we can run her on Saturday.” 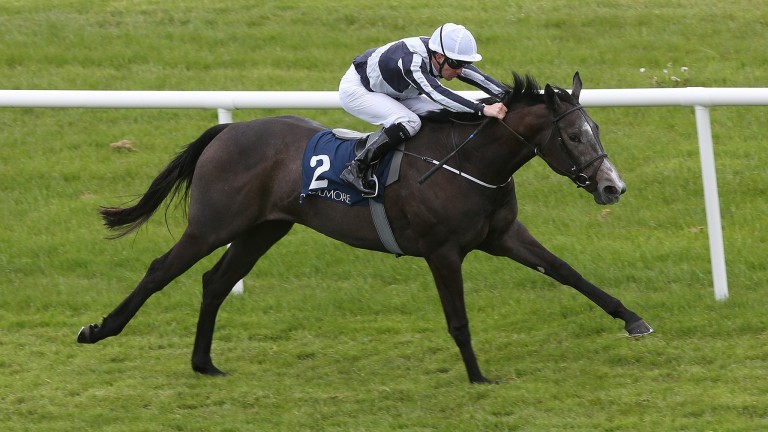 Alpha Centauri: being aimed at the 1,000 Guijneas Trial at Leopardstown
Caroline Norris (racingpost.com/photos)

Richard O’Brien, who recorded the biggest win of his career thus far when Dianthus landed the Madrid Handicap on the opening day of the turf season at Naas, is looking forward to pitching his improving filly in against those aforementioned rivals.

He said: “Dianthus has been pleasing me since her run at Naas. When Chris Hayes got off her that day his exact words were ‘she’s a Guineas Trial filly all day long’, so we’ve given her the entry as she is in good form and we know she’ll handle the ground.”

FIRST PUBLISHED 2:35PM, APR 10 2018
The weather hasn’t made things easy and we’d like to get a lot of the horses started off