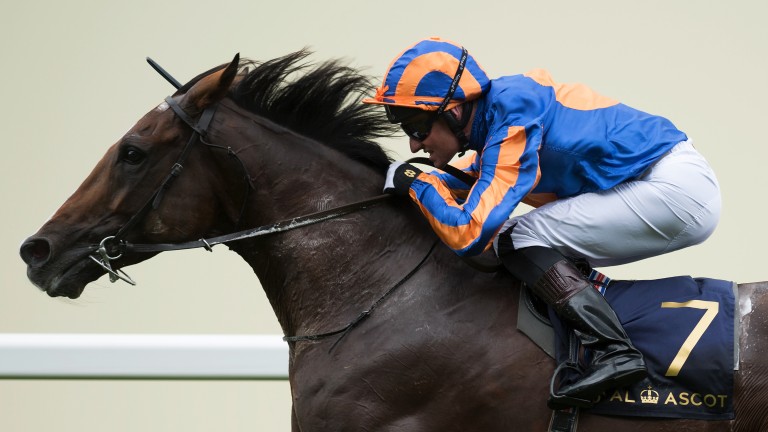 After Melbourne and Newmarket on Saturday, Aidan O'Brien's ceaseless quest for top-level winners continues in Canada on Sunday when he saddles fancied runners in a pair of Grade 1 contests at Woodbine in Toronto.

Ryan Moore, who recorded a hat-trick here between 2013 and 2015, bids for his fourth success in the Canadian International aboard likely favourite Idaho as the Ballydoyle trainer closes in on Bobby Frankel's single-season record for Group or Grade 1 winners.

European visitors have a formidable record in this Can$800,000 (£480,000) event after winning the last seven editions, and Hardwicke Stakes victor Idaho certainly has the form to make it eight, but it may be worth noting that the full-brother to Highland Reel has performed dismally with Lasix added on his two previous visits to North America. Like the entire field, he gets the anti-bleeding medication here.

O'Brien said: "Everything has gone well with him since his run in the Arc and he seems in good form. His best form gives him every chance."

O'Brien has won Canada's premier race with Ballingarry (2002) and Joshua Tree (2010) in the past. Idaho, a short-priced flop at Saratoga in August, was sent off a hot favourite for this very race 12 months ago, only to be undone by a slow pace before finishing a lacklustre fifth behind Erupt, who stands in his way again this time around.

Formerly trained in France by Francis Graffard, Erupt has been some way below last year's form s far this term and is now making his debut for US-based Graham Motion. Junior Alvarado rides.

Also trying to add his name to a roll of honour featuring such exalted names as Secretariat, Dahlia, Derby winner Snow Knight, All Along and Singspiel – let's be frank, it's not the race it once was – is Chemical Charge (Ralph Beckett/Oisin Murphy).

Third to Idaho in the Hardwicke, the Qatar Racing five-year-old has won his last two, taking the Group 3 September Stakes on the all-weather at Kempton last season. "He's got his mojo back," said travelling head lass Lindsey Metcalfe.

Local star Johnny Bear (Ashlee Brnjas) is in great heart, having edged out Hawkbill in the Grade 1 Northern Dancer Turf over course and distance a month ago. Messi (Graham Motion/Jose Ortiz) was third there after meeting trouble in running.

Transatlantic visitors have won seven times in the last ten runnings of this Can$500,000 (£300,000) contest, in which Rain Goddess is the Ballydoyle representative.

O'Brien said: "She's been very consistent and ran well on her last two starts, winning a Group 3 and being placed in a Group 2 since being drawn wide in the Beverly D. She's in good form and has a better draw this time."

Coolmore's three-year-old filly has more than three lengths to make up with Nezwaah (Roger Varian/Andrea Atzeni) on their running in the Group 1 winner Pretty Polly at the Curragh in July. Although Nezwaah was only seventh here 12 months ago, she was only a couple of lengths behind the winner Al's Gal in a tight finish.

Middleton Stakes winner Blond Me (Andrew Balding/Oisin Murphy) is the third European contender. Her last-place finish in the Prix Vermeille is best ignored according to Balding;s travelling assistant Leanne Masterson. "She was hampered badly and he pulled up," she explained.

Nunthorpe Stakes third Cotai Glory (Charlie Hills/Oisin Murphy) may not have won for more than 12 months but the five-year-old's form gives him a leading chance in a race won by British-trained Serious Attitude (2010) and Caspar Netscher (2014) in recent years.

this context. Main rivals may be White Flag (Christophe Clement/Joel Rosario), who is on a four-timer after a hat-trick in lesser company, and Dowse's Beach (Brad Cox/Jose Ortiz).

FIRST PUBLISHED 5:37PM, OCT 14 2017
The full-brother to Highland Reel has performed dismally with Lasix added on his two previous visits to North America