O'Brien: Found is too important to risk racing on dirt 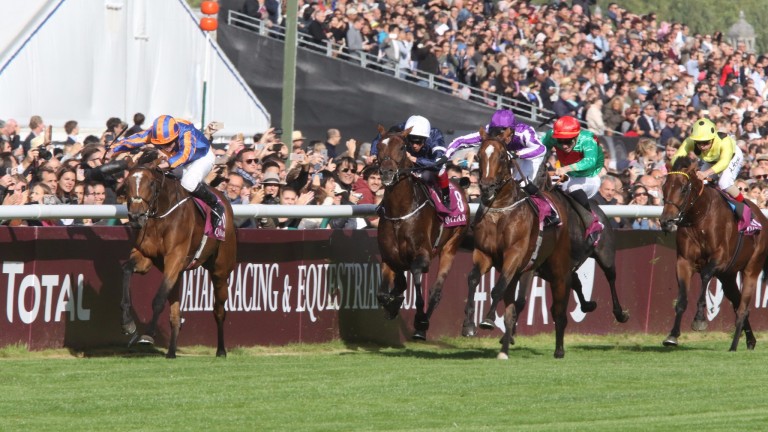 Running Arc winner Found on a dirt surface in the Breeders' Cup Classic was too great a risk to take, trainer Aidan O'Brien revealed on Tuesday after he touched down in California to oversee preparations for his 12-strong Santa Anita squad.

Found was a surprise defection from the $6 million Classic on Monday and will instead take her chance in the Turf alongside stablemate Highland Reel. The Classic would have been the ambitiously-campaigned filly's first appearance on a dirt surface.

"Found is doing good and obviously we decided to go for the Turf," said O'Brien. "The lads [owners Coolmore] were happier and more comfortable doing that. She's a very important filly now and it was just in case anything happened. There were an awful lot of unknowns in the dirt.

"What was previously pushing us to the dirt was she's tactically fast, she stays very well, she's a quick breaker and we had Highland Reel for the Turf.

"If anything happened to Found in the Classic I suppose [you would then think] you were probably pitching her into an unfair experience, as she'd never have experienced anything like it, whereas she'd be in her comfort zone on the Turf. That was the reason really." 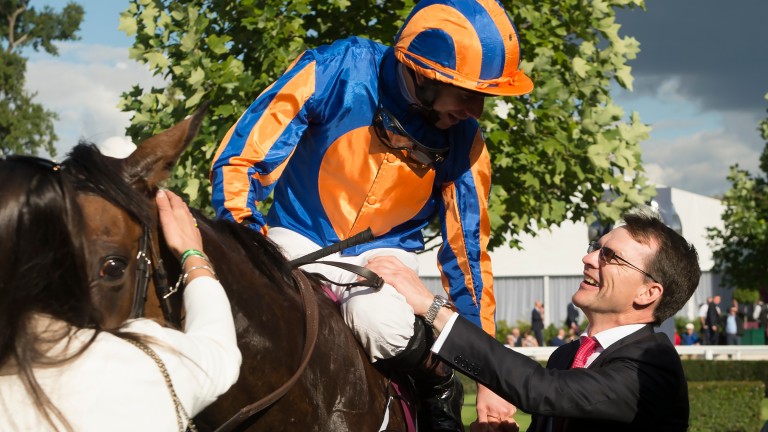 Found, who was a relatively unfancied fourth-favourite for a fiercely competitive Classic featuring California Chrome and Arrogate, is now a 2-1 favourite for the Turf, in which she beat Golden Horn last year. The formerly Andre Fabre-trained Flintshire, now with US turf specialist Chad Brown, is second favourite at 5-2 with Arc second Highland Reel at 7-2.

"We've been very happy with Highland Reel, who missed Ascot [Champions Day] and came straight here," said O'Brien. "We always thought a mile and a half on fast ground around here was going to suit him well."

O'Brien also reflected on Monday's draw ceremonies, at which his powerful squad was assigned some decidedly mixed starting gates. His horses fared particularly poorly in the juvenile turf races, where the inside draw of gate one and wide draws are regarded to be at a disadvantage.

In the Juvenile Turf second string Lancaster Bomber drew stall one - stablemate Intelligence Cross is in eight - and Hydrangea was also landed with the inside draw for the Juvenile Fillies Turf, while Roly Poly is out in 13. Son Joseph O'Brien's first Breeders' Cup runner, Intricately, will break from gate seven in the same race.

The draw prompted a typically laconic verdict from Moore, according to O'Brien snr: "I got a text from Ryan before he got on the plane and he said 'lot to think about' - that was Ryan's comments on the draw."

O'Brien is chasing Bobby Frankel's record of 25 Group or Grade 1 winners in a calendar year and currently has 21 top-tier Flat winners in 2016. His squad of 12 - only three of which are priced at double-figure odds - is his largest ever at the Breeders' Cup, eclipsing an 11-strong team in 2011.

Tuesday offered a first sight for trackwatchers of many of the European contingent, with British-trained runners Limato, Dutch Connection, Ulysses and Queen's Trust all among the hundreds of racehorses working on the crowded Santa Anita track.

Two of that quartet - Dutch Connection and Ulysses - are the only Europeans who will not race on the anti-bleeding medication Lasix, which is banned on racedays in Britain and Ireland but widely used in the United States.

In fact, there are barely half a dozen runners across the two-day, 13-race card who will race without Lasix. They include Runhappy, last year's Sprint winner who goes in the Dirt Mile this year, and Mongolian Saturday, bidding for back-to-back wins in the Turf Sprint.

FIRST PUBLISHED 7:08PM, NOV 1 2016
I got a text from Ryan before he got on the plane and he said 'lot to think about' - that was Ryan's comment on the draw