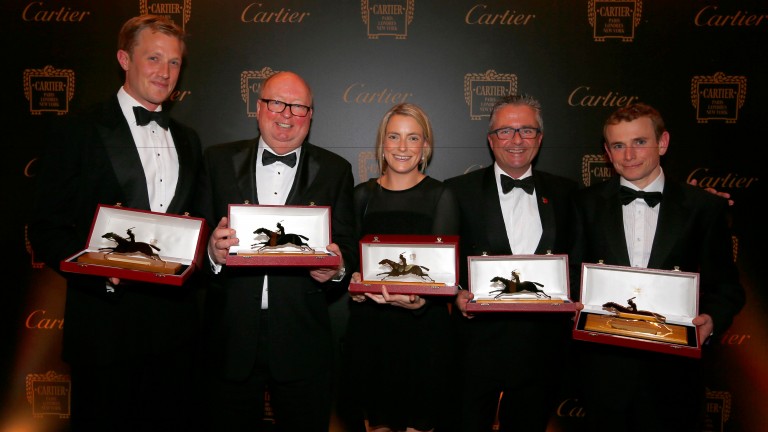 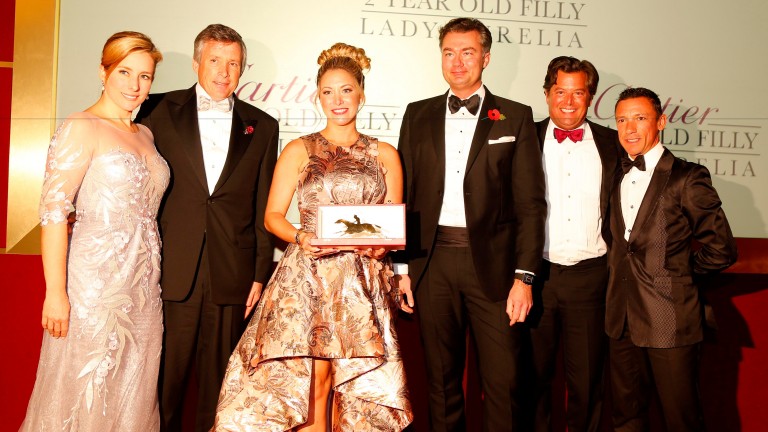 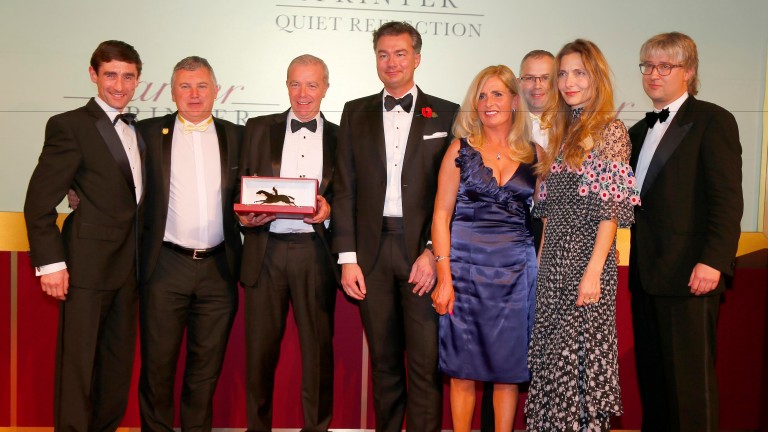 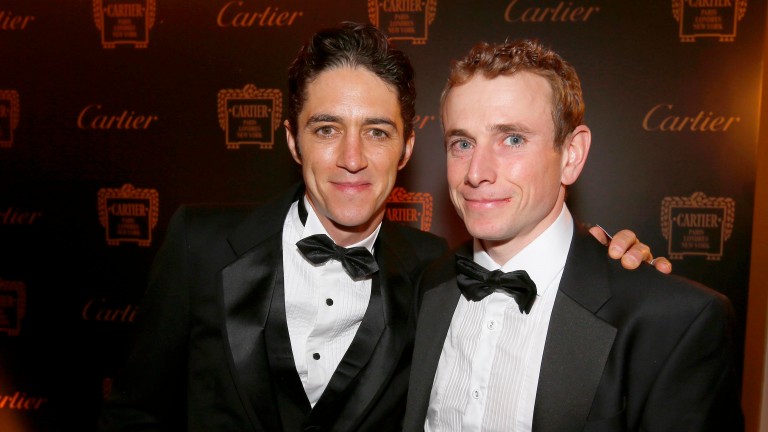 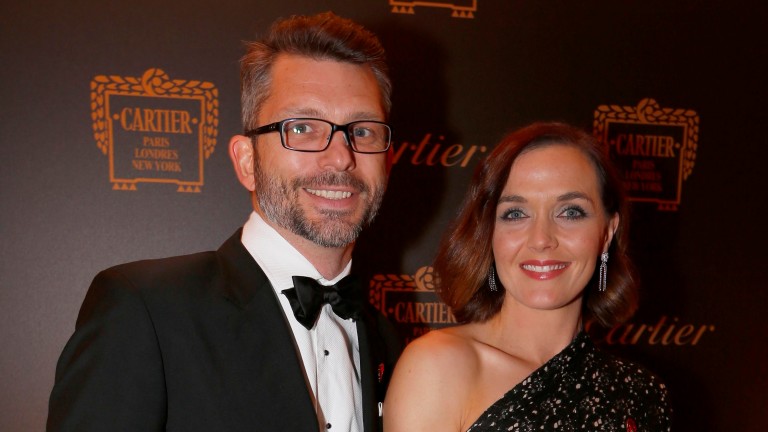 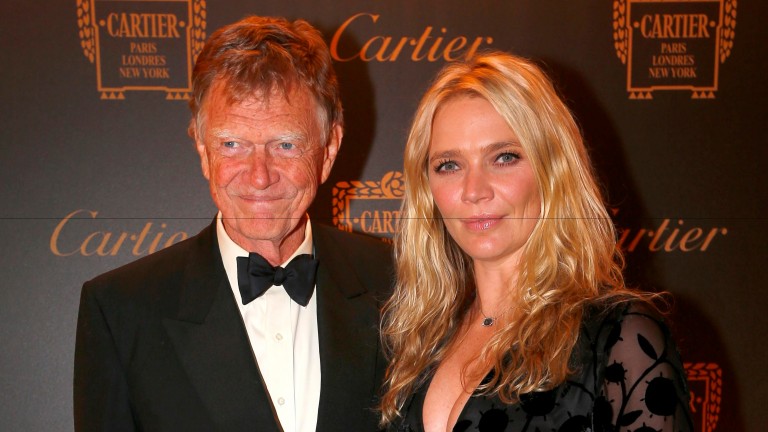 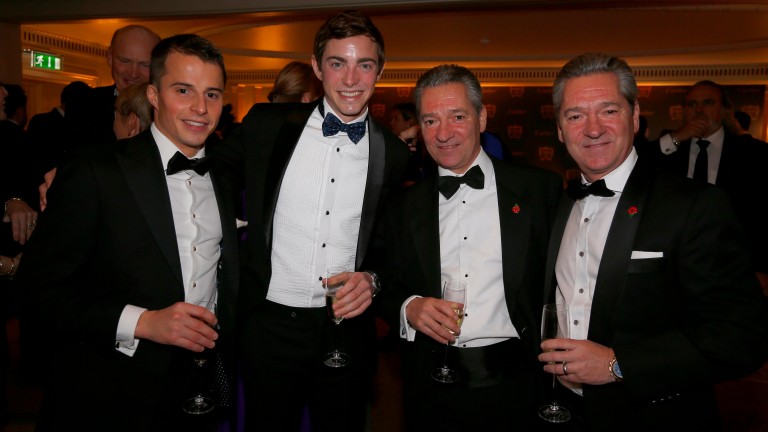 If Cartier is serious about reducing its carbon footprint, it should give very real consideration to relocating its flagship racing awards evening. Given the air miles required to bring Ballydoyle to the Dorchester in London on Tuesday night to receive no fewer than six of the nine awards, it surely makes sense to take the whole show to Tipperary and be done with it.

Not that the whole of the Coolmore contingent made the trip for this 26th renewal. Aidan O’Brien, clearly mindful of global warming, received his Cartier/Daily Telegraph Award of Merit on video, and 'the lads' were conspicuous only by their absence as Churchill, Order Of St George, Found and Cartier Horse of the Year Minding swept the board; but there were still statuettes to be received and a large back-up squad was duly despatched.

Displaying a firm grasp of irony, the Magnier/Tabor/Smith alliance sent out reluctant raconteur Ryan Moore to open the batting as Churchill was named top Two-Year-Old Colt. Moore, knowing both his limitations and his reputation, clung grimly to the belief that brevity is the soul of wit.

"I won't talk long," he grinned, and he didn't, gratefully receiving the first laugh of the night, staying long enough to advise us that the Dewhurst winner had a "very exciting future" then quitting while he was ahead.

It was a theme of the evening that nobody outstayed their welcome at the lectern, which merely served to emphasise just how much we'll miss two of the evening's star turns, Nick Luck and Clare Balding, as they bow out of terrestrial TV racing coverage at the end of the year.

Luck, as ever, brought a sheen of class to proceedings as he announced Top Three-Year-Old Filly Minding as Horse of the Year, while Balding brought O'Brien's award to life with a tale of how the consummate professional retained his impeccable good manners throughout one of their many interviews despite being savaged half to death just out of camera shot by Dylan Thomas.

Fillies acquitted themselves well, as did Americans (courtesy of the Wesley Ward-trained Lady Aurelia), the common man (represented by the Ontoawinner Syndicate and their ace sprinter Quiet Reflection), the French and the Belgians (in the shape of Top Three-Year-Old Colt Alamanzor, Jean-Claude Rouget and Christophe Soumillon), while even Liverpudlian poets got a mention thanks to Cartier racing adviser Harry Herbert’s recollections of an evening in the company of Roger McGough.

McGough’s timeless lines, ‘Out of work, divorced, usually p***ed, he aimed low in life and missed’, seemed to strike a chord with many of the illustrious guests for some reason, but could certainly not be applied to O’Brien, who received the full glorification he has for so long deserved.

“There are the stars, and then one step above there are the geniuses,” began the Irish Field’s Leo Powell, who admirably attended both on video and in person.

“I would have gone to any lengths to keep him, short of marrying him,” reported former boss Jim Bolger.

Son Joseph hit the nail deftly on the head, saying: “He makes small changes that some people wouldn't even consider changes.”

Even Moore returned to the fray to reassure us that the very public snog he received from Frankie Dettori after Ballydoyle’s Arc 1-2-3 did not mean the two of them were in a steady relationship.

"That's quite enough of all that," he insisted, quite rightly.

This, after all, was a night for us all to show our undying love for Aidan O’Brien.