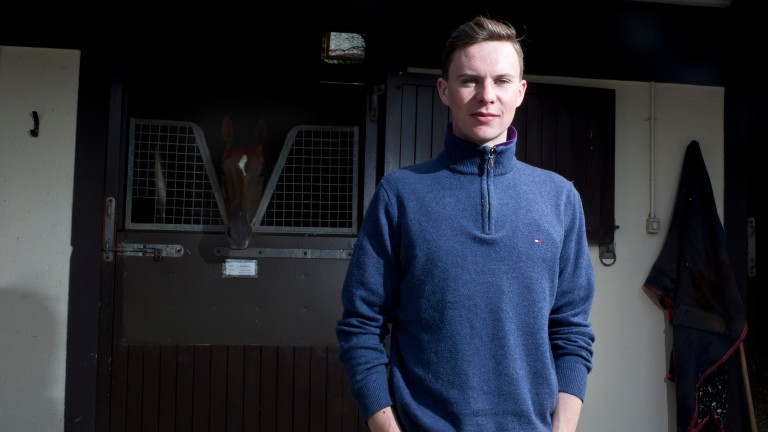 Joseph O'Brien might be frying bigger fish over hurdles these days but this valuable prize at Dundalk has attracted his attention for Jaqen H'Ghar and he expects a bold showing from the Fastnet Rock colt, who is named after a character from Game Of Thrones.

Jaqen H'Ghar was last seen finishing fifth in a Leopardstown handicap last month and was second on his sole trip to Dundalk when narrowly denied by Fire Lily in a 7f handicap last year. He was rated 70 back then so has improved 21lb according to the handicapper.

My Direction has been doing Ellmarie Holden proud of late, winning three of his last six starts, and he is up 5lb for his course and distance success earlier this month. The promising Oisir Orr retains his partnership with the in-form six-year-old.

Six of Sharjah's ten wins have arrived at Dundalk. Indeed he has won off a mark as high as 81 but Andy Slattery believes fitness could catch him out on this occasion as he has had a short break following a hectic summer.

Watch out for Whelan

Ronan Whelan was the jockey to follow at the last meeting here seven days ago as he helped himself to a 152-1 double so he will be hoping for more glory on course specialist Political Policy.

Gavin Cromwell, trainer of Political Policy
We're coming back down two furlongs in trip having finished fourth last time over a mile and a half. As we all know he loves Dundalk and, if he comes back to himself, I would hope he will be there or thereabouts. I'm happy with him and he has been some servant for us.

Joseph O'Brien, trainer of Jaqen H'Ghar
He has been very consistent and I'm very happy with him. It's a valuable prize and very competitive as you would expect but my fella ran well on his only try at Dundalk and I think the surface will suit him.

Denis Hogan, trainer of Kalann
He seems to be in good form and he has run well at Dundalk in the past. I hope claiming off him will work but he probably wants further to be perfectly honest.

Andy Slattery, trainer of Sharjah
He's very good but he might take another run to get there and get fit enough. We had to give him a break at some stage so he's not been back in too long. I would imagine he might need the run.