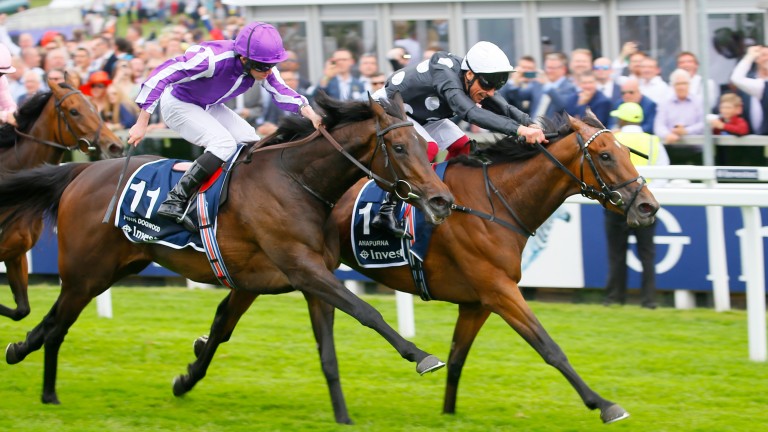 The Dubai Duty Free Irish Derby Festival, which began in glorious sunshine on Thursday, moves up a notch as the fillies hold centre stage in a fascinating renewal of the Group 1 Juddmonte Pretty Polly Stakes.

Since it was upgraded to Group 1 level in 2004 the race has been won by many high-class performers including Alexander Goldrun (twice), Dar Re Mi, Peeping Fawn and Minding. 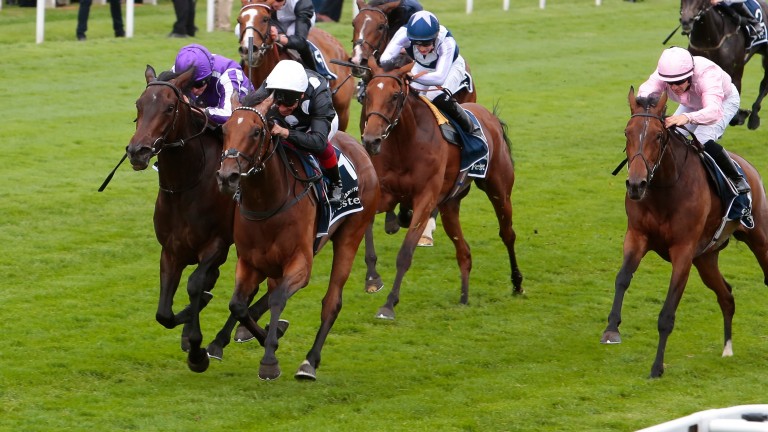 Pink Dogwood, who brings Classic form to the event following her second in the Investec Oaks, will be seeking a first top-level win.

The Ballydoyle filly faces a formidable opponent in three-time Group 1 winner Wild Illusion, one of two British-trained runners in a race which has gone across the Irish Sea eleven times since the turn of the century.

Joining Wild Illusion, who represents Godolphin and Charlie Appleby, is the David Lanigan-trained Worth Waiting, winner of the Group 2 Dahlia Stakes on her reappearance at Newmaket and who will have Frankie Dettori on board for the first time.

All of Aidan O'Brien's four winners of this race ran in the Epsom Oaks. Minding won both events and Pink Dogwood, the trainer's main contender, has a similar profile to O'Brien's first winner of the race, Peeping Fawn, who was second at Epsom prior to landing the Curragh event. Her Pretty Polly win was the first of four consecutive Group 1 victories.

O'Brien, who is also represented by the much-travelled Magic Wand and Coronation Stakes sixth Happen, said: "Pink Dogwood came out of Epsom very well. She's dropping down two furlongs in trip but we don't think that will be a problem. 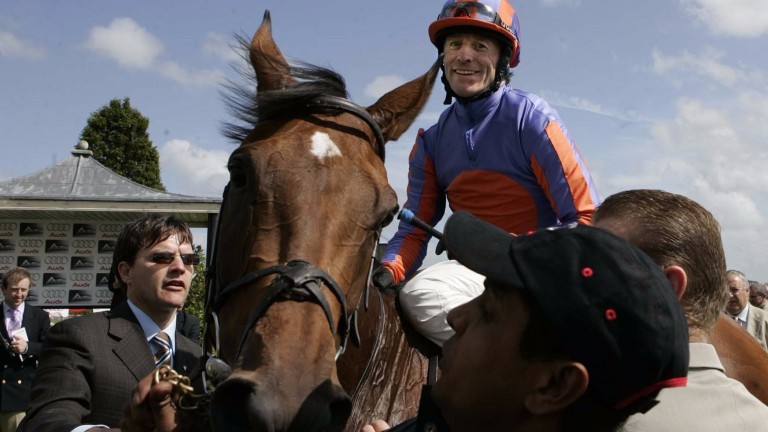 Can history repeat itself? Peeping Fawn (pictured) was second in the Oaks before winning the Pretty Polly
Caroline Norris

"She travelled very well and quickened up well at Epsom. Whether it was lack of experience or the trip that found her out we don't know, but everything has gone well with her since the Oaks.

"We're running Magic Wand back quite quickly after Royal Ascot where she ran second in the Wolferton. She came out of the race very well and the ground and the track will suit.

"Happen, who was sixth in the Coronation Stakes, is going up in distance and we're going to learn more about her. She's in good form."

Wild Illusion has already shown top form at this grade, winning the Prix Marcel Boussac at two and landing the Nassau Stakes and the Prix de l’Opera last year.

She finished sixth in the Prix d’Ispahan on her reappearance last month and will be attempting to give Godolphin a second win in the race following Flagbird's triumph in 1995. 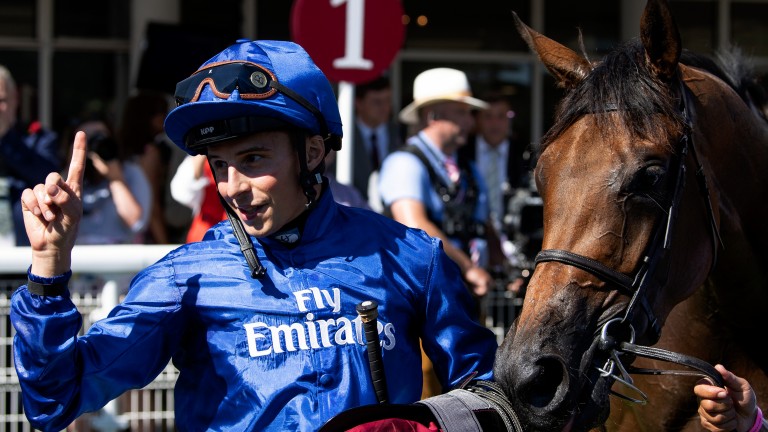 Charlie Appleby, trainer of the daughter of Dubawi, said of James Doyle’s mount: "I was pleased with her performance in the Prix d’Ispahan, especially as she was racing against colts for the first time and dropping back to nine furlongs.

"She has definitely come on for that run, and we feel the return to a stiff mile and a quarter will bring further improvement, together with racing against her own sex. Her preparation has gone well and she will be a major player if she can run up to her best form."

Can Dettori work his magic on Worth Waiting?

Frankie Dettori teams up with Worth Waiting for the first time in a race he won 25 years ago on the John Gosden-trained Del Deya.

Worth Waiting progressed well through last season, winning a maiden, a handicap and then scoring at Listed and Group 3 level. She made a successful return when landing the Group 2 Dahlia Stakes at Newmarket last month.

Her trainer David Lanigan said: "This race has been the plan for a while, and she seems in good form. It’s a big step up in class, but she won her Group 2 well and is a filly we’ve always liked. She goes there with every chance."

Top combination
From six rides for David Lanigan, Frankie Dettori has ridden two winners, a 33 per cent strike-rate. That equates to a £4.50 profit to a £1 level stake.

Iridessa and Who's Steph bidding to spring a surprise

Iridessa, winner of the Group 1 Fillies' Mile last season and fourth in the Irish 1,000 Guineas on her most recent start, represents Joseph O'Brien.

He said: "She's been in good form since the Guineas. We're looking forward to stepping her up in trip as we think it will suit her and we're expecting a good run from her."

Iridessa: Fillies' Mile winner could be suited by this step up in trip
Martin Lynch

Who's Steph, a three-time Group 3 winner for Ger Lyons, is a doubtful runner. She needs cut in the ground and Lyons fears that conditions will dry out too much for the George Strawbridge-owned filly, who won the Munster Oaks at Cork two weeks ago.

FIRST PUBLISHED 6:00PM, JUN 27 2019
Pink Dogwood came out of Epsom very well. She's dropping down two furlongs in trip but we don't think that will be a problem