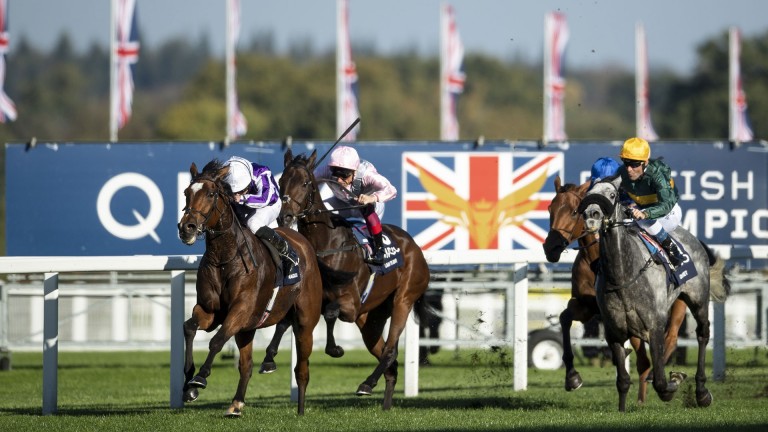 It helps if you have quality in quantity.

Aidan O'Brien and the Coolmore lads have it. That was evident once again when they fielded six of the 11 runners in the Qipco British Champions Fillies & Mares Stakes and they won it with Magical, a horse who was fancied to run a big race in the Oaks but failed to make it to Epsom. Fortunately for O'Brien and the lads, they still won that one as well.

When Forever Together struck on the Downs she was landing what remains the only success of her career. Magical, in contrast, already had three triumphs locked away before this trip to Ascot, but in being driven out by Ryan Moore to see off the John Gosden-trained pair Coronet and Lah Ti Dar she was, crucially, breaking her Group 1 duck. 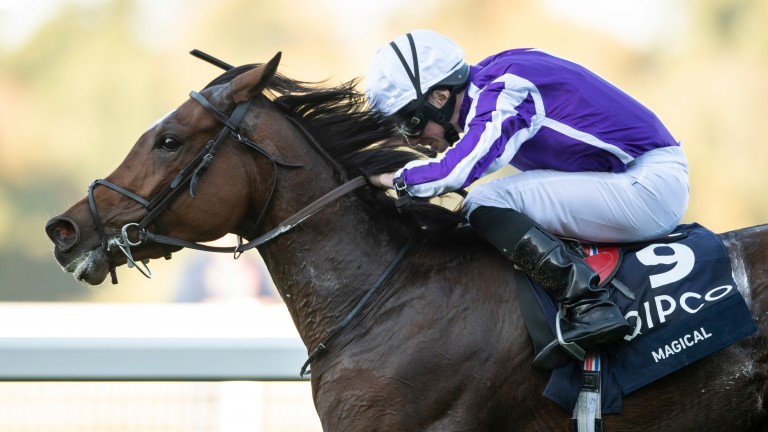 For that reason the winner's circle conversation between O'Brien and JP McManus had nothing do with sending Magical over hurdles. She is an exceedingly precious piece of bloodstock and yet another star daughter of Galileo, who sired every one of the Ballydoyle sextet. She could possibly head to the Breeders' Cup but, having now scored at the top level, the most important job is already done.

"I'm so delighted for her as that's her first Group 1," said O'Brien, who most recently had sent Magical to the Prix de l'Arc de Triomphe, in which she finished a highly respectable tenth.

That effort clearly set her up for this assault on the royal racecourse, where she quickly reeled in Lah Ti Dar after the evens favourite hit the lead early in the home straight. Once in front she fought gamely to hold off Coronet by a length.

"We thought she was going to be a serious contender for the Oaks at Epsom but she just got an injury ten days before the race," added O'Brien.

"She was then still only just coming back in the Arc. Wayne Lordan was brilliant that day as he said there's no doubt this filly does get a mile and a half. That was her first time over the trip and that's why we were back here today.

"She's very valuable and because she had an injury we want to make sure she's okay. She'd have to be 100 per cent to go to America." 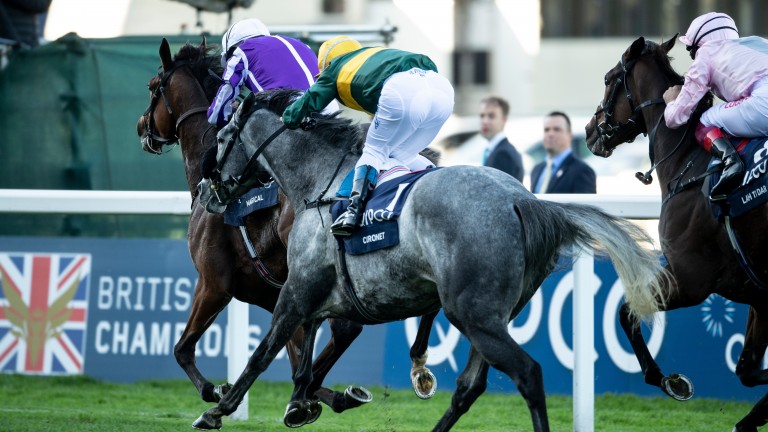 Should she travel to Churchill Downs she will be one of many representing her extraordinarily strong stable. When he goes there Moore will be faced with choices. He made the right one here.

"We always thought she was top class," he said. "She never quite managed to win a Group 1 at two and things hadn't gone to plan this year. Today she's showed she's a high-class filly."

Gosden hopes Lah Ti Dar will show the same next year, although before then Coronet will head to the Premio Lydia Tesio in Rome.

"I thought she might win at one stage but we haven't seen half of her yet," said Lah Ti Dar's owner Lady Lloyd-Webber, before adding with excitement: "Just wait until next year."

FIRST PUBLISHED 2:51PM, OCT 20 2018
We thought she was going to be a serious contender for the Oaks at Epsom but she just got an injury ten days before the race