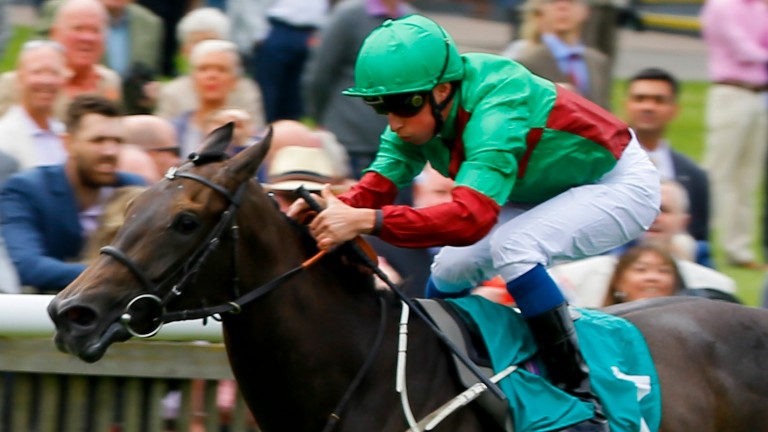 Nyaleti, second in the Chesham Stakes behind 1,000 Guineas favourite September at the royal meeting, ran riot in the Group 3 Princess Margaret Stakes under Ryan Moore, beating her six rivals comprehensively.

Sent off the 2-1 favourite, the Mark Johnston-trained filly, who also finished second at Newmarket's July festival behind Clemmie, took a lead from her stablemate Rebel Assault before asserting in between the last two furlongs, immediately putting distance between herself and her rivals.

After picking up in impressive style, she ran all the way to the line to win by a comfortable five lengths from the Richard Fahey-trained Dance Diva, who couldn't maintain her unbeaten record.

Johnston said: "Ryan had never ridden her before but got off and said he thought it was an improved performance based on having beaten her twice. My gut feeling is it's a significantly improved performance as well. I was so impressed with the way she had everything at it with a furlong to go.

"Rebel Assault led them a fair old pace and she has probably run as good a race as she has ever run, but it was the way Nyaleti could coast at that pace and then go on."

She earned initial quotes of 25-1 for the 1,000 Guineas next year with a number of bookmakers.

FIRST PUBLISHED 1:59PM, JUL 29 2017
I was so impressed with the way she had everything at it with a furlong to go

Listed success for Katara rounds off a memorable weekend for Ryan Moore Ascot collector's item as Dettori's flying dismount outshone by tearful groom Ben Curtis cashes in with treble on away day from Royal Ascot to Scotland Four things we learned on the fifth and final day at Royal Ascot And you thought finding the Royal Hunt Cup winner was hard . . . 'There is no denying the phenomenal training that has gone into Rohaan'