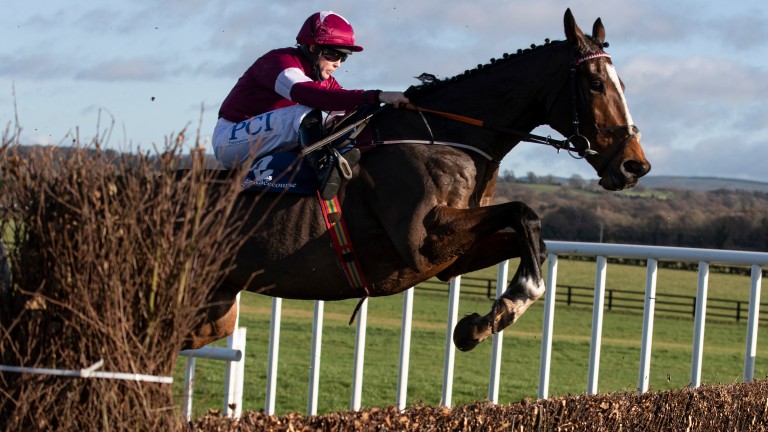 Notebook: bids to get his season off to a flying start at Navan on Sunday
Patrick McCann (racingpost.com/photos)
1 of 1
By Mark Boylan 6:00PM, NOV 6 2021

A blend of recognisable names and unexposed prospects are on display on Navan's eight-race card on Sunday, and talented chasers Notebook and Samcro ensure Gigginstown House Stud have a strong hand in the Grade 2 Tote Fortria Chase (2.55).

Just five have been declared for the race in which Cheltenham Gold Cup runner-up A Plus Tard was turned over as 1-2 favourite last year, and the O'Leary pair stand out from three mares seeking black type for the first time.

Having plundered the Poplar Square Chase by a wide margin on his Naas return last season, Notebook twice found Chacun Pour Soi too strong at Leopardstown before finishing down the field at Cheltenham and Aintree. 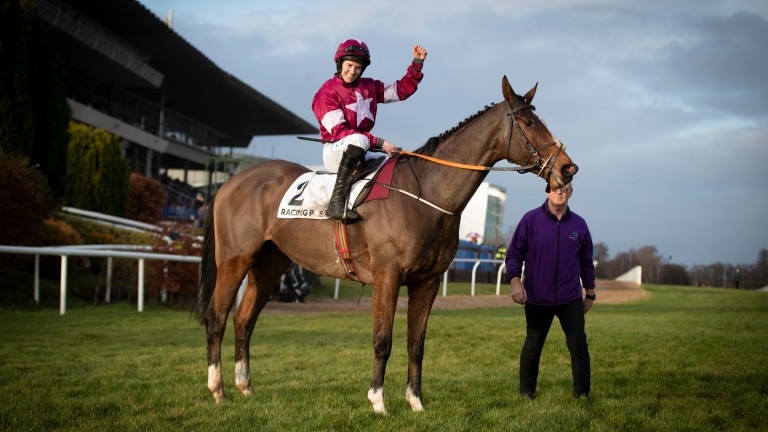 Representing Henry de Bromhead, who has yet to win the Fortria but has sent out the runner-up in seven of the last eight runnings, Notebook must concede 3lb to Samcro but is rated 5lb superior.

De Bromhead said: "I think we will step him out in trip this season, but this is a nice place to start and he's in good form."

Gordon Elliott and Jack Kennedy teamed up to land this prize with Clarcam in 2017 and the pair will be hoping the application of blinkers for the first time can help to bring out the best in Samcro.

In his six starts since winning the 2020 Marsh Novices' Chase at Cheltenham, the now nine-year-old has pulled up twice, been beaten 71 lengths in the Galway Plate and 25 lengths in a Listowel conditions chase.

However, there was a Grade 3 win in the An Riocht Chase at Killarney during that period in May that suggested he still has the potential to prove a useful force when delivering his A game, and it's possible that the good ground expected at Navan on Sunday could help his cause. 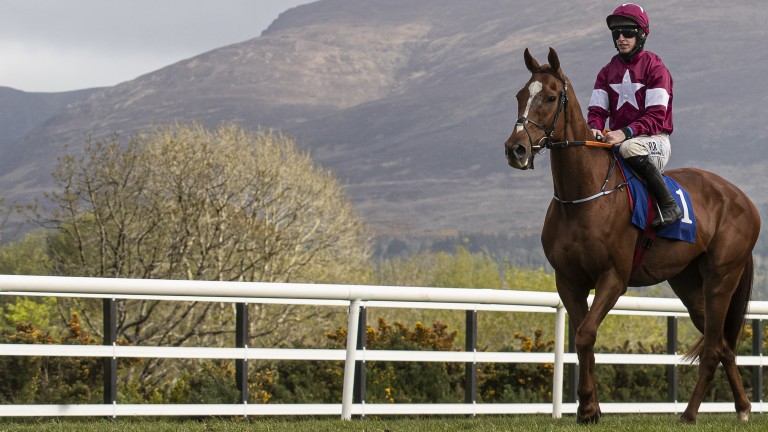 "We're just doing something new to try to spark him up a bit," Elliott said of the headgear switch, having tried cheekpieces last time when carrying top weight in the Galway Plate.

"He's going to come on from the run and we're probably going to learn a bit about him."

Elliott added of 119-rated mare Make My Heart Fly: "She will follow them around and will be doing her best to hopefully stay on for a bit of black type."

Trainer Ciaran Murphy will be hoping for a similar outcome when it comes to admirable seven-time winner Bridge Native. The ten-year-old mare is rated third highest here with a mark of 139 and is 11lb better off than handicap terms with Kitty Galore.

"We'd obviously love to get black type with her and hopefully it looks like she has a chance of being in the first three on ratings," said Murphy.

"She's got form on good ground and fingers crossed the stiff track at Navan will help her over the trip." 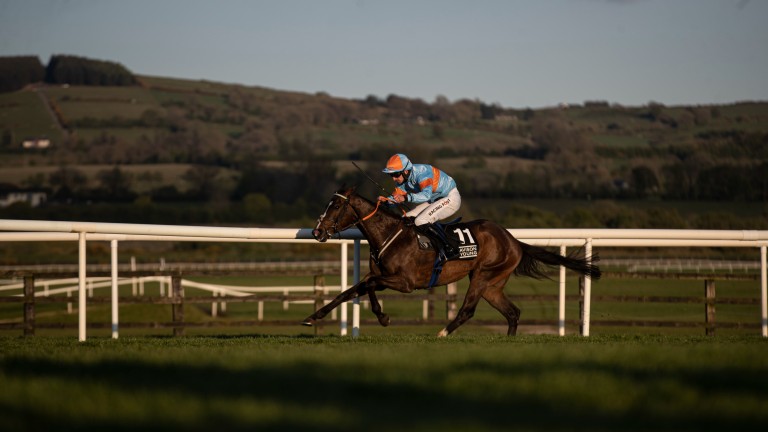 It could be a big afternoon for Gavin Cromwell at one of his local tracks as My Mate Mozzie, like stablemate Flooring Porter in the later Lismullen Hurdle, will bid to enhance his Cheltenham credentials.

He contests the Grade 3 For Auction Novice Hurdle (12.40), a race that in the last five years has seen the likes of Labaik, Abacadabras, Latest Exhibition, Mick Jazz, Mengli Khan, Aramon and Felix Desjy advertise their talents.

"He won well the last day and we're going to learn a lot more about him here," said the five-year-old's trainer.

"He's laidback at home and doesn't show a huge amount on the gallops but he's been very good on the track and that's the most important thing." 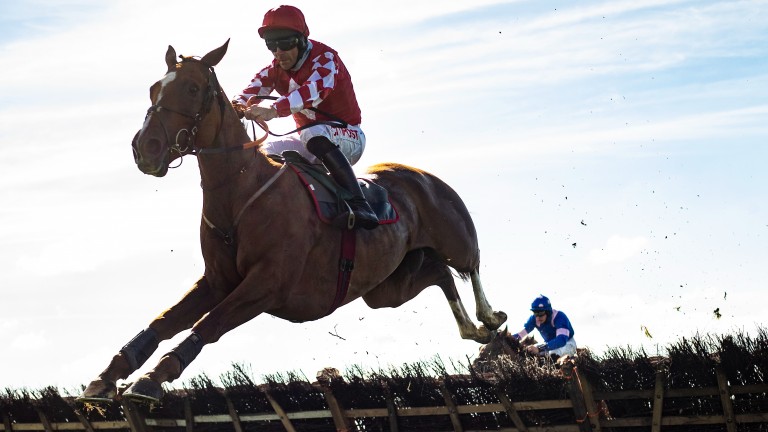 Elliott's string has been in tremendous form and he relies on useful novices Chemical Energy and Boothen Boy, fresh from recent maiden hurdle victories.

"I think they're two smart horses," said the Cullentra handler. "Chemical Energy has a bit more experience and that should help him, whereas Boothen Boy is still a little raw. You could see that last time at Downpatrick but he's better than that."

Joseph O'Brien relies on San Salvador, who held every chance when coming down at the last in a Tipperary Grade 3 last month.

Elsewhere on the card, Ballyadam will bid to bounce back from a heavy fall on his debut over fences in the 2m1f beginners' chase (3.25), while €470,000 point-to-point purchase Ginto, who won on his second bumper start here in February, is declared for the opening 2m4f maiden hurdle (12.10).

Bob Olinger to miss Saturday clash with My Drogo at Cheltenham Few better sights than a great hurdler in full flow - so why discourage it? Gordon Elliott enters the record books with a magnificent Navan seven-timer The big-race queen: why Rachael Blackmore is now simply the best Envoi Allen could drop in trip for Christmas Grade 1 after Punchestown defeat Will classy Call Me Lord make the grade on his chasing debut?