'Not something to get excited about': our tipsters assess Presenting Percy's win 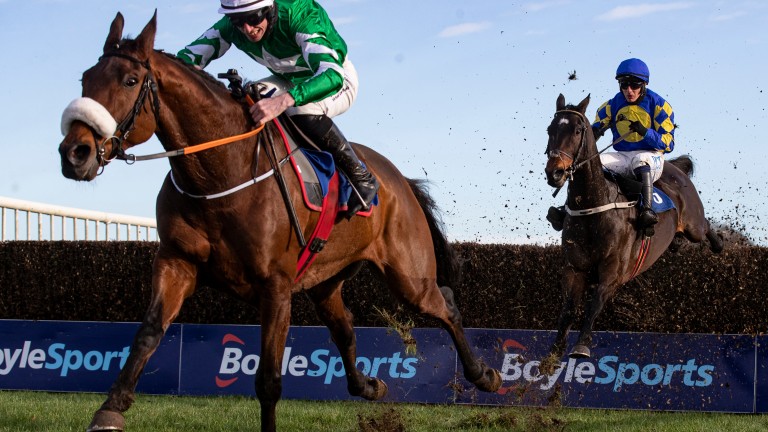 'I'll be surprised if he's capable of winning a Gold Cup'

It’s getting to the point in Ireland where, bar Al Boum Photo, all the top chasers are taking turns to beat each other and this time it was Presenting Percy’s day in the sun.

He did it well and was a smooth winner, but he came up short in the Gold Cup last year and looked in trouble when falling in the race last season.

Presenting Percy has switched stables to Gordon Elliott since, but I’ll be surprised if he's capable of winning a Gold Cup at the third time of asking.
Graeme Rodway, tipster 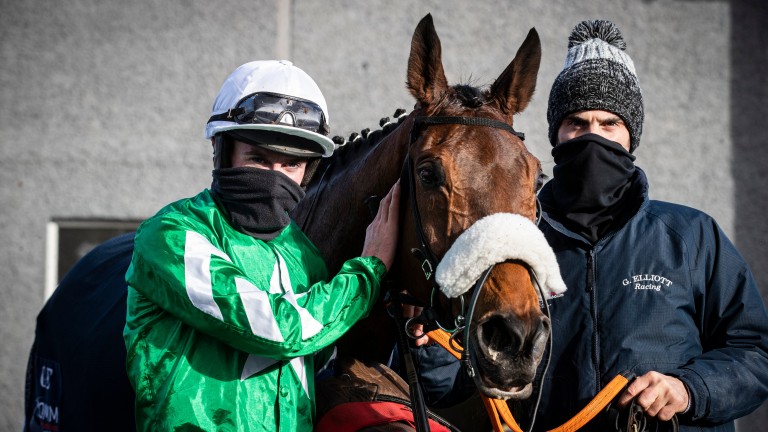 Jack Kennedy poses with Presenting Percy after winning at Thurles - is he a Gold Cup contender?
Patrick McCann

'It's hardly something to get excited about'

Race-fit horse beats two rivals who haven't run for eight months on ground they don't like. It's hardly something to get excited about, is it?

Sure, it was great to see Presenting Percy win his first race over fences since the 2018 RSA, but a plod round a field in a time more than five seconds slower than the beginners' chase on the card is nothing to get carried away about.

He'll doubtless head to the Gold Cup, but he'll be ten in March and much better horses that age have failed. If he wins, it would mean a hell of a lot of horses have disappointed.
Paul Kealy, tipster

'It's Cheltenham or bust'

None of the interesting questions about Presenting Percy were satisfactorily answered in the boomerang.ie Chase, in which Kemboy blundered around (as can be his way) and Monalee plainly was not fit.

It remains difficult to pin down Presenting Percy. He often looks a plodder, but just occasionally he shows zip like at Thurles. His jumping can be sketchy but was exuberant here, overly so if anything.

The possibility that he might improve for Gordon Elliott, even at the age of nine, remains alive after such an emphatic win. It remains odds against, though, and this performance has probably dashed any idea of Presenting Percy running in the Grand National off anything other than top weight.

It's Cheltenham or bust, and I would like to see him tested against Ireland's best when they are primed before tucking in at odds around 16-1. The Savills just got more interesting.
Keith Melrose, betting editor

'A major say at the top table this season'

There was plenty to like about how Presenting Percy went about his business in making his race fitness count, jumping more efficiently than last time at Down Royal when perhaps his heavy Cheltenham fall might have been at the back of his mind.

The popular performer seemed to thrive on racing during his sensational novice season back in 2017-18 and he clearly came forward a fair deal for his seasonal comeback.

Whether he is a legitimate Cheltenham Gold Cup contender will revolve around how he fares against match-sharp rivals next time in the Savills Chase at Leopardstown.

Monalee, who may be King George-bound, and Kemboy look certain to improve for this outing and their lack of a recent run makes it hard to say with certainty how much Presenting Percy has achieved in victory.

The style of the win oozed quality, though, and he looks set to have a major say at the top table this season.
Mark Boylan, reporter

FIRST PUBLISHED 3:57PM, NOV 19 2020
It remains difficult to pin down Presenting Percy. He often looks a plodder, but just occasionally he shows zip like at Thurles