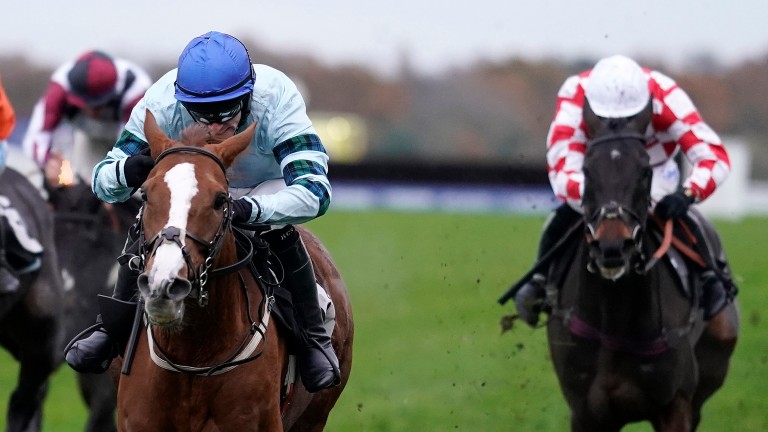 Not So Sleepy obliterated his rivals with a dominant front-running performance at Ascot showing such speed and class to prompt talk of him being a potential contender for the Unibet Champion Hurdle.

He was far from perfect either, simply just too good and well handicapped for his opponents. Taking a keen hold under jockey Jonathan Burke from the off, Not So Sleepy sped away and never looked back.

The field were allowed to close up running down to the home straight but it was clear Not So Sleepy had bundles of energy in reserve while his rivals were under pressure.

However, the manner in which the 9-2 joint-favourite burst clear was perhaps the most impressive aspect of his performance, with him value for much more than his nine-length winning margin for trainer Hughie Morrison and owner Lady Blyth. 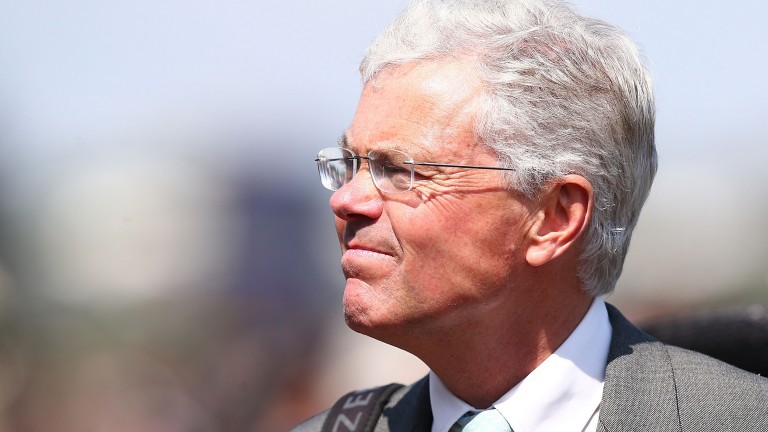 Hughie Morrison: trainer of the ready winner Not So Sleepy
Michael Dodge

Burke said: "He’s got some engine but he has a mind of his own. He came to Hen’s [Henrietta Knight] before he ever ran over hurdles and it was more of an experience rather than what he was always going to do but he’s taken to it well and has improved since the last day.

"He’s small but he’s got a massive heart and, I dare say, he’s probably a bit stupid as well as he wants to do everything in one go. But I trust him and we get on well. I couldn’t believe how far clear I was and the hardest job I had was pulling him up."

Asked if Not So Sleepy could be a contender for the Champion Hurdle, Burke added: "Yes. He could be."

Monsieur Lecoq ran a typically gallant race to be second with Sir Valentine taking third, but the race was all about the winner.

Ballydoyle battalions primed to give Aidan O'Brien a ninth Queen's Vase win Follow the market and you won't go far wrong with Ward's Royal Ascot juveniles Can Love buck the trends for a winning return? Graeme Rodway says it's a big ask Ascot senior veterinary surgeon Dr Svend Kold retires after 30 years in role 'She has an outstanding chance' - Mark Johnston and others on their top hopes 'She's on the upgrade and I believe she'll run above herself next week'