Gordon Elliott: hype around unbeaten Envoi Allen all of his own making 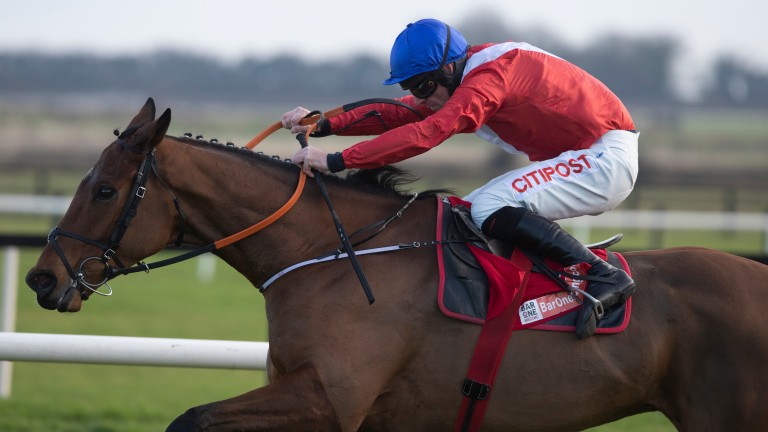 Gordon Elliott is no stranger to a superstar novice but says the only one hyping up Envoi Allen is the horse himself.

Envoi Allen has assumed the role of the 'Irish banker' heading into next month's Cheltenham Festival and is no bigger than 5-4 to win the Ballymore Novices' Hurdle, Wednesday's opening race, which Elliott won in 2018 with the similarly-regarded Samcro.

Elliott, who mentioned a possible switch to the Sky Bet Supreme Novices' Hurdle if the ground came up heavy at Cheltenham, said: "I don’t know what all this talk about him being a hyped horse is. We haven’t been hyping him, he’s been hyping himself.

"Any horse who goes out and wins three Grade 1s must be a very good horse. If you win seven out of seven people tend to talk about you." 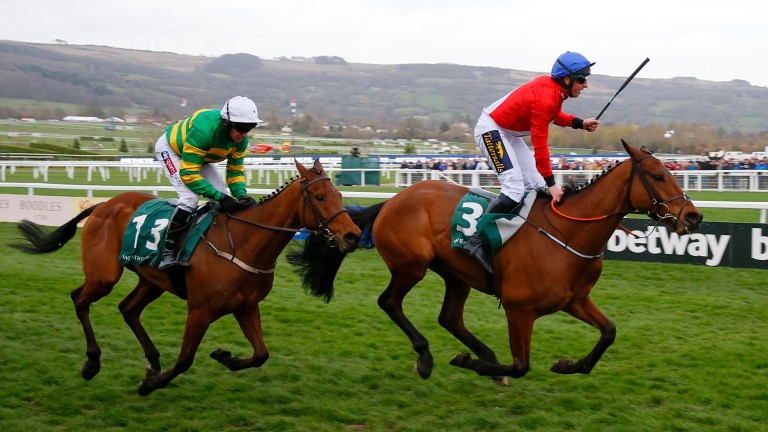 Envoi Allen has not been seen since he notched a third Grade 1 win in the Lawlor's of Naas Novice Hurdle on the first Sunday in January, but Elliott reports his most exciting youngster to be in rude health before his biggest test next month.

"Keith Donoghue rides out Envoi Allen every day and he couldn’t be happier with him," the trainer said.

"He’s had three runs over hurdles and I didn’t think there was anything to gain by running at the Dublin Racing Festival, so we gave it a swerve. He might run in a schooling hurdle in the next ten days just to give him another spin.

"It’s almost certain he will stay in novice company at Cheltenham and run in the Ballymore. If it turned up heavy, he could switch to the Supreme but only if there was heavy in the going description."

Envoi Allen might be the most promising young horse in Elliott's stable, but Delta Work is the best for now.

The five-time Grade 1 winner is priced between 9-2 and 6-1 for the Magners Cheltenham Gold Cup following his typically gutsy display in the Irish equivalent at Leopardstown – and Mark Walsh has been booked for the ride in the absence of regular rider Jack Kennedy, who is out with a broken leg.

Elliott said: "Mark rides him. Eddie and Michael [O'Leary] have had a chat and that's who they decided to go with. Mark has been lucky for us and he's ridden a good few winners for us over the years.

"Davy [Russell] is tied up with Presenting Percy so Mark was who the lads wanted. I'm happy with that."

On Delta Work, Elliott added: "I think he’s made for the Gold Cup. I wouldn’t mind the ground being on the soft side for him, though. He’s probably been a bit of a forgotten horse over the last year or two, but we feel very lucky to have him."

FIRST PUBLISHED 6:22PM, FEB 18 2020
He might run in a schooling hurdle in the next ten days just to give him another spin over hurdles

New measures can ensure they are all well looked after Decision made: superstar mare Honeysuckle set to stay over hurdles this season Inspiral 16-1 joint-favourite for 1,000 Guineas after Listed success Group 1 programme not suiting fast-ground horses