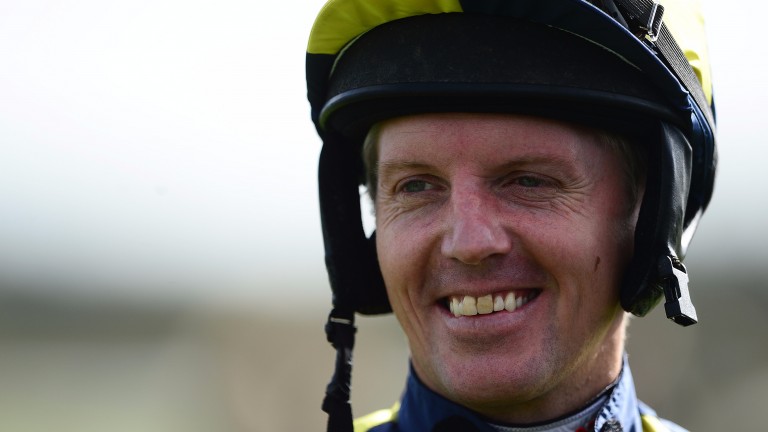 Noel Fehily: booked to ride Jessica Harrington contender Our Duke
Harry Trump
1 of 1
By Tony O'Hehir & Richard Forristal UPDATED 6:25PM, FEB 18 2018
Noel Fehily expressed his delight on Sunday after being booked to ride the back-to-form Our Duke in the Timico Cheltenham Gold Cup.
With Jessica Harrington's number one rider Robbie Power set to partner last year's Gold Cup hero Sizing John, the trainer moved swiftly to secure Fehily's services for last year's Irish Grand National winner.
Our Duke and Power fought off RSA Chase favourite Presenting Percy in the Red Mills Chase at Gowran Park on Saturday, after which his odds for the Gold Cup were cut to around 8-1 (from 14).
It was another step in the right direction after runs at Down Royal and Leopardstown, and Fehily was among the impressed television viewers.
“He's a great spare to pick up," said Fehily. "Of all the horses you’d think might be going spare, he's a good one to get. Robbie can only ride one of them if they both get there, so I was delighted to get the call.
"I watched the Irish Gold Cup at Leopardstown back and thought he looked good. He made a bad mistake at the second-last but he was finishing well from the back of the last. I thought that was a very good run.
"He was on his nose so did well to get back into the race and he finished very strongly.
"It was a good performance too at Gowran on Saturday to give 7lb to Presenting Percy over two and a half miles. He made a bad mistake again but never really looked like getting beaten up the straight."

Our Duke and Robbie Power win the Red Mills Chase at Gowran Park
Patrick McCann (racingpost.com/photos)
Power and Harrington's daughter Kate are the only jockeys to have partnered Our Duke in his 12 races to date, although Fehily added: "I rode in the Irish Grand National last year and he was fierce impressive in that.
"He has the pace to win over two and a half and he obviously stays very strongly, so three miles two furlongs around Cheltenham should be right up his street. He should be the right type of horse for the race.
"Our Duke will have a quiet week now but I'll go over to Ireland at some stage and have a sit on him when he's doing a bit more.”
Fehily, who has never ridden for Harrington, added: "After the year Sizing John had last year Robbie couldn’t get off him. If he comes back to form he will be a massive player in the Gold Cup. He has been there and done it and could be the one we all have to beat."
Fehily, who has five Cheltenham Festival winners to his name and is also set to keep the ride on promising Henry de Bromhead-trained novice chaser Monalee, on whom he landed a Grade 1 at this month's Dublin Racing Festival.
Harrington reported eight-year-old Our Duke to have taken his race at Gowran in his stride, saying: "He was in good form this morning and I can confirm Noel Fehily will ride him in the Gold Cup.
"The booking depends on both Our Duke and Sizing John remaining in good shape and that they both run in the Gold Cup."


Members’ Club Ultimate subscribers can read our festival stable visit with Gordon Elliott exclusively online the night before publication in the paper. Not a member? Enjoy your first month free when you subscribe using promo code FREETRIAL. Find out more here 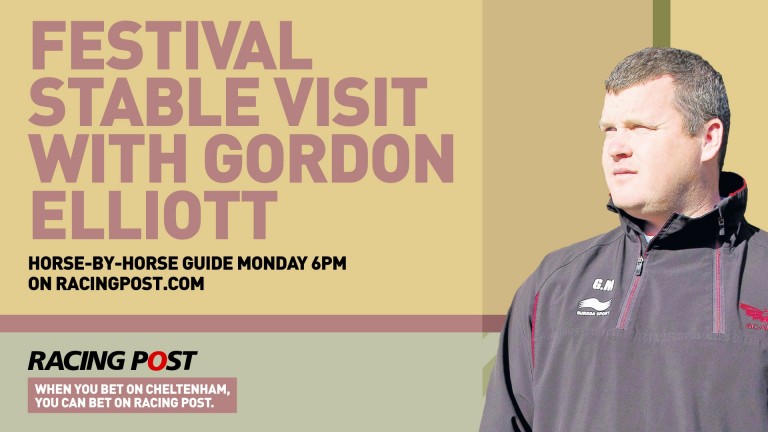 FIRST PUBLISHED 1:49PM, FEB 18 2018
Our Duke was in good form this morning and I can confirm that Noel Fehily will ride him in the Gold Cup