Cheltenham fine but checks for Doncaster and Huntingdon 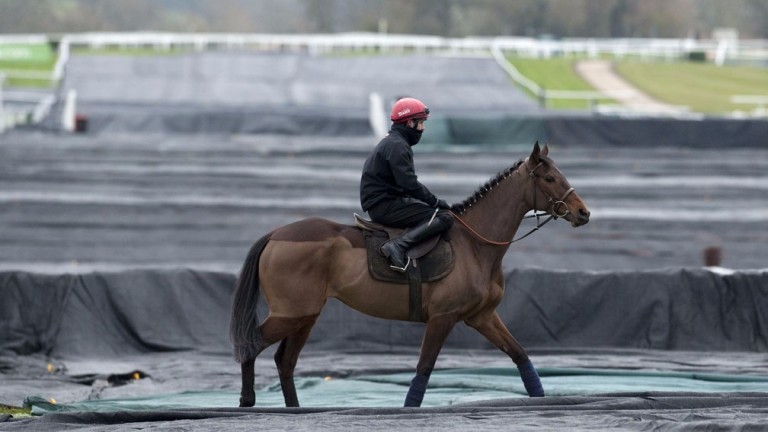 Any fears the cold snap in Britain would threaten Cheltenham's star-studded nine-race card on Saturday were again dismissed on Thursday morning by clerk of the course Simon Claisse.

Claisse and his team covered the track and vulnerable areas of the cross-country course on Wednesday in advance of the fixture, which features Timico Cheltenham Gold Cup favourite Thistlecrack in the BetBright Trial Cotswold Chase, the rearranged Spectra Cyber Security Solutions Clarence House Chase, which was abandoned at Ascot last week, plus a host of contests chock-full of festival clues.

Asked if he anticipated any problems, Claisse said: "No, nothing has changed.

"We got down to nearly -8C with the wind chill, which one would expect to have some effect on the ground that wasn't covered, but it hasn't, so we're raceable on all three tracks – chase, hurdle and cross-country.

"The forecast for us remains the same. We could get a touch of frost tonight and then it'll turn milder Friday night into Saturday with a little bit of rain."

The ground on the chase and hurdle tracks is good to soft and Claisse added: "If we get that 3-5mm of rain on Friday night, depending on its proximity to racing, we may well end up with soft, but the forecasts are fairly volatile at the moment."

Six of the nine races from Cheltenham will be screened on ITV4 on Saturday, along with three from Doncaster, whose meeting on Friday is subject to a 7.30am inspection.

Clerk of the course Roderick Duncan said: "The risk is more from the possible snowfall in the early hours than from the temperature on -2C. With the covers down we should be able to cope with the frost okay, it just depends on if and how much snow we get.

"Temperatures rise quite well later on Friday with 5C or 6C by late afternoon and it is forecast to remain above freezing overnight into Saturday, with an 80 per cent chance of rain early Saturday morning.

"Some forecasts are now saying that could be 7mm. We are good now and it is difficult to know how that will progress under the covers and with cold, breezy conditions today."

Jack Pryor, Duncan's counterpart at Huntingdon, which is also due to race on Friday, will assess things at his track at 8am.

He said: "We are confident currently. We haven't got any frost in the ground this morning.

"The reason for the inspection is that it's not due to get very warm today and the wind chill is supposed to be quite low so there is a slight risk we could get some frost during the day, which would cause us a bit of an issue.

"But at the moment we're in a good position and we're hopeful racing will go ahead."