Talk of the Tracks STRATFORD SUNDAY 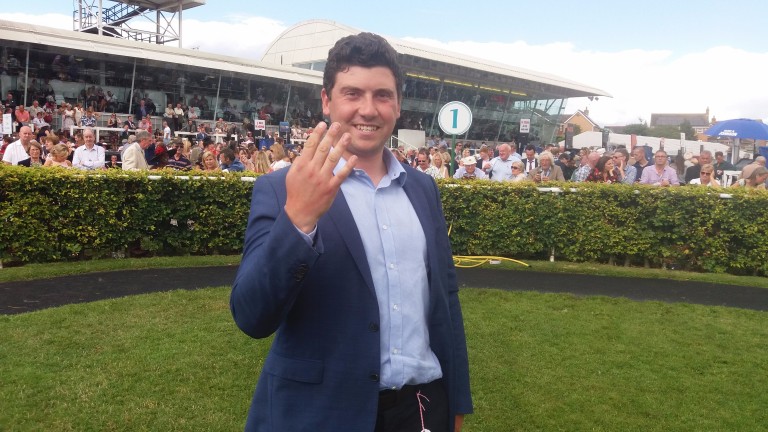 Olly Murphy: trainer was in dreamland after four winners from five runners on Sunday
Lewis Porteous
1 of 1
By Lewis Porteous 10:02AM, JUL 24 2017

Olly Murphy's dream start to training shows no sign of waning and having been absent when his first winner at his local track scored last Sunday, he was delighted to be on hand as Cliffside Park, Skilled and Mizen Master took his tally at Stratford to four.

He was making it nine winners in all since his first runner scored on the Flat at Brighton 19 days ago.

To make matters better, Murphy was able to celebrate an across-the-card four-timer, with Knight Commander scoring at Newton Abbot by 16 lengths.

The 25-year-old relayed how he watched last week’s Stratford scorer Sky Of Stars winning on his iPhone at Leicester services on his way home from Uttoxeter but, based just down the road from Stratford, he was present on this occasion.

“We’re three miles from here and these winners are important for us,” said the trainer. “I can’t put the whole thing into words at the moment, it’s just magic. 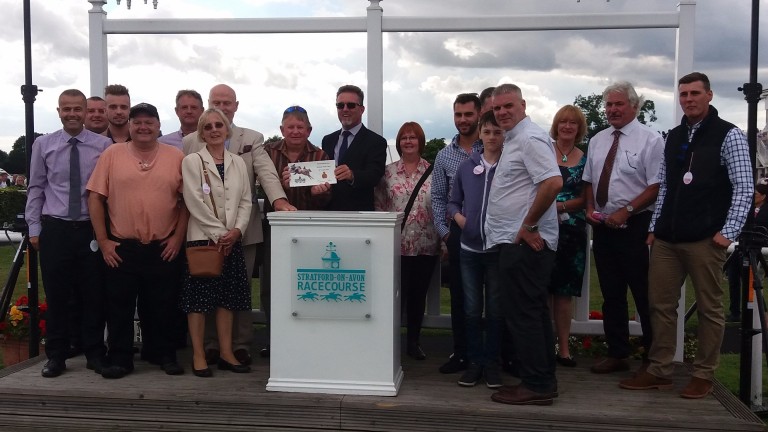 "I’ve been training three weeks and I’ve had a four-timer today. It’s unbelievable. We’ll celebrate tonight and then get back to it in the morning. I’ve a fantastic team behind me and we’ll keep making hay while the sun shines.”

After Cliffside Park won the 2m2½f selling hurdle by 22 lengths, Skilled had to work harder in the 2m3½f novice handicap chase for a one-and-three-quarter length success in the colours of the 50-strong Olly Murphy Racing Club.

“That’s two winners from three runners for the racing club and we’re trying to get young people into racing," said the trainer.

"Charlie Poste and Ian Popham, who've both ridden me a winner today, deserve massive credit, they’ve been a big help and both come in regularly to ride work.”

Poste, successful on Cliffside Park, completed his own double and Murphy’s four-timer as Mizen Master stayed on strongly to take the 2m2½f novice handicap hurdle.

There was a delay to racing after Justice Knight and Ocean Eleven slipped up independently on the turn into the back straight in the opening 2m½f novice hurdle won by Champagne City.

Fortunately both horses and their riders, Ben Poste and Andrew Tinkler, escaped serious injury and, after remedial work was carried out to the bend, racing continued.

“It was like going round on glass and his legs disappeared underneath him,” said Poste, who took a kick to the backside while on the deck.

“Neither of us has hugged the paint, we’ve given ourselves plenty of room to get round it and we’ve both still gone down.”

Riders and course officials inspected the area and after some rail movement were happy to continue.

Acting clerk of the course Robert Bellamy said: “My groundstaff sanded the area and we shortened part of the lead-in rail on the bend on the recommendation of two of the jockeys.”

Gavin Sheehan later reported his mount, The Otmoor Poet, slipped on the same bend during the sixth race, with the bend again sanded before the concluding 2m½f bumper won by Secret Escape.

Nice touch
The course put up £75 for the groom responsible for the best turned out horse for each race, while the groom of each winner received a framed photograph of their horse in action, which was well received.

Silent reflection
Riders, trainers and spectators alike remembered stalls handler Stephen Yarborough, who tragically lost his life in a stalls accident at Haydock on Friday, and former trainer David Wintle, who died aged 77 on Tuesday, with a two-minute silence before racing.

Thought for the day
Olly Murphy’s stats now read two winners from six runners on the Flat and seven from 12 over jumps. Has a trainer ever made a better start to a career?