No problems envisaged for meetings this weekend 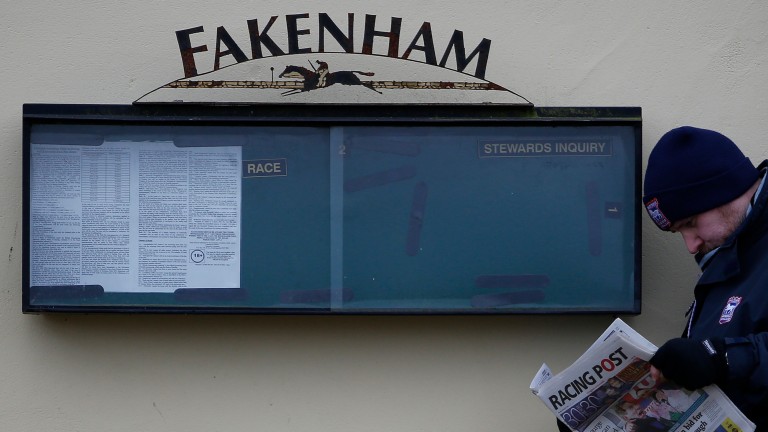 Prospects for a full book of meetings in Britain this weekend look bright, with temperatures expected to rise well above freezing during the daytime.

No problems are anticipated for Saturday’s three jumps cards at Newbury, Uttoxeter and Warwick or the five meetings – Cheltenham, Catterick, Exeter, Fakenham and Musselburgh – scheduled for New Year’s Day.

Fakenham’s going was officially described as good to soft, frozen in places, on Friday, but milder air is expected over the weekend.

Clerk of the course David Hunter said: “As long as the forecast is correct we should be okay. We couldn’t have raced on Thursday or Friday, but temperatures are expected to rise to 7C on Saturday with rain arriving on Sunday morning.”

Temperatures in Scotland are forecast to plummet on Sunday night to a low of -2C, but Emma Marley, clerk of the course at Ayr, which stages racing the following day, is taking all precautions to ensure the meeting survives.

“It is forecast to be cold on Sunday night, so we’re going to sheet the entire course on Saturday morning with frost protection,” she said. “The ground is currently soft, heavy in places.”

Friday’s meeting at Haydock was cancelled well before the planned 7.30am inspection after lower overnight temperatures than forecast were recorded. The track remained frozen in places.

Taunton was also in doubt at one point after temperatures dipped below freezing and were slow to rise, but the fixture went ahead as planned following a 10am inspection.

FIRST PUBLISHED 4:38PM, DEC 30 2016
We couldn't have raced on Thursday or Friday, but temperatures are expected to rise to 7C on Saturday with rain arriving on Sunday morning