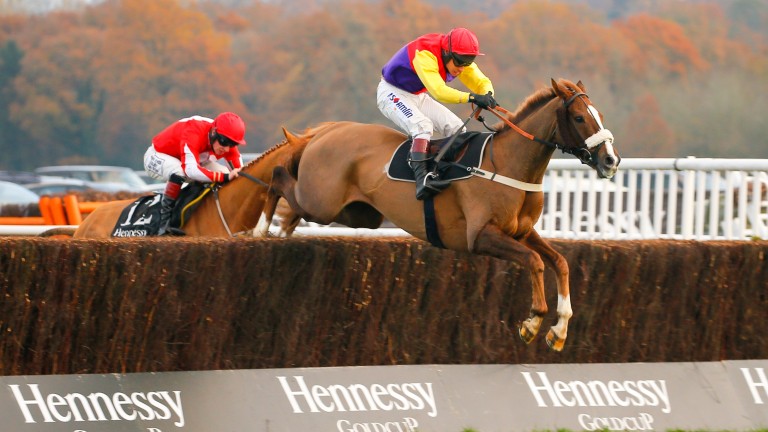 Nigel Twiston-Davies has questioned why more owners and trainers shy away from running in the sport's big Saturday prizes after today's two feature chases at Newbury attracted only eight runners in total.

A number of top trainers on Friday suggested the prospect of racing on soft ground a month before the Cheltenham Festival may have contributed to why only three horses contest the Betfair Denman Chase, with five in the Betfair-backed Game Spirit Chase.

Also suffering numerically is the £155,000 Betfair Hurdle, which attracted just 20 horses at Monday's forfeit stage, down on the race's 24-horse limit even before the declaration stage, at which 16 were kept in Britain's most valuable handicap hurdle.

"I can't believe people are hanging on for Cheltenham," said Twiston-Davies, who saddles Bristol De Mai in the Denman Chase before running Ballyandy and Ballyhill in the Betfair Hurdle.

"I can only imagine the fields are due to the soft ground. We can run in the Betfair Hurde and the County Hurdle. Maybe people just get nervous? I don't know why. I love a battle."

Paul Nicholls said: "It's odd and I've been surprised at some of the fields. Cheltenham is five weeks away and not everyone is thinking of that. A lot of the horses I'm running tomorrow aren't even going to go there.

"There have not been a lot of abandonments, but you can't keep running horses, especially when the ground is bad. We've got loads of horses who are waiting for better ground.

"At least it's good racing. Everyone wants to see good horses, even in small fields."

Nicky Henderson argued "a lot of people are very reluctant" to take on star horses and also highlighted testing ground at Newbury, adding: "There are some small fields but it’s February and there are important things just around the corner."

Oliver Sherwood agreed. He said: "A lot of people have their eyes on Cheltenham and sometimes on very heavy ground you can leave your race behind."

He said: "In an ideal world we'd have eight for each race but it's unrealistic to expect trainers to run their horses against superstars when they have no chance of winning.

"Altior is a big draw and we have outstanding quality in both races. The Denman Chase is fascinating. I'm pretty happy with the fields."

FIRST PUBLISHED 6:00PM, FEB 10 2017
It is odd. I've been surprised at some of the fields. Cheltenham is five weeks off and not everyone is thinking of that