Godolphin Shake-up FROM THE ARCHIVES 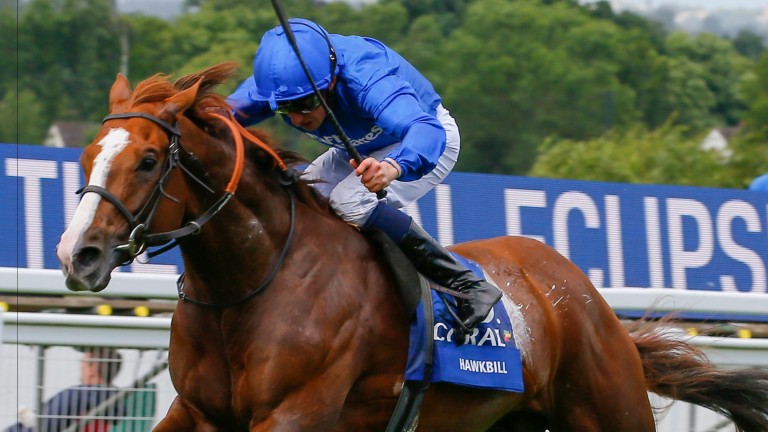 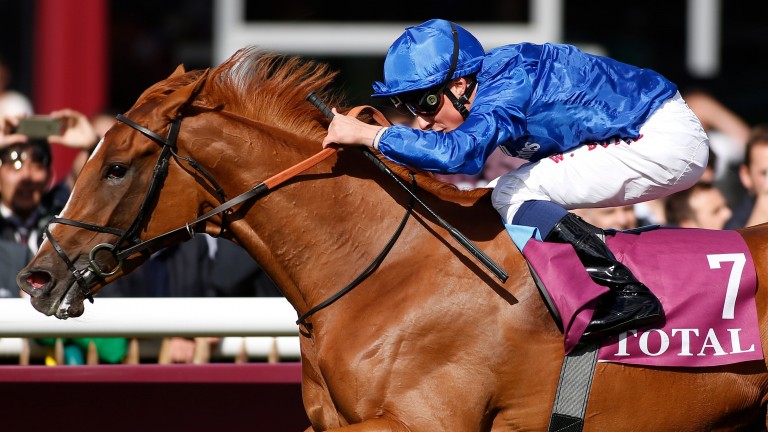 The Godolphin website makes no bones about Sheikh Mohammed’s ambitions for his racehorses. Under the heading "mission" comes the blunt statement: "To be number one". Values? "To achieve greatness" and "excellence on and off the track".

Even their most fervent supporters would be forced to admit that in recent years the world’s largest bloodstock and racing operation has fallen short of such lofty ambitions, especially when compared to their halcyon era after they went international in 1994 and proceeded to cast all before them on the world’s biggest stages.

Godolphin have grown and grown but bigger does not necessarily mean better. With greater resources than anybody else, the Dubai team have long been perceived as underperforming.

Sheikh Mohammed was by no means alone in thinking something had to be done, and in December last year he called on a familiar name to put the house in order: John Ferguson, his bloodstock adviser of 30 years’ standing, who was to become chief executive of a merged Godolphin racing and breeding team. The old Darley banner now exists solely as a vehicle to market stallions, among them standard bearers like Dubawi and Cape Cross.

Ferguson immediately signalled his intention to give up a burgeoning second career as a jumps trainer – he was fifth in the title race at the time. "I could see that Godolphin must always be a priority and requires my undivided attention," Ferguson explained at the time of the Dubai World Cup Carnival. "My instructions are to focus on quality and give it a kick in the belly."

Ferguson’s task was to oversee a root-and-branch overhaul of Godolphin in a bid to restore Godolphin’s diminished status. “It is an exciting new chapter in the Godolphin story,” he said.

Ferguson was never labouring under the illusion that there were likely to be any quick fixes, so any assessment of Godolphin’s performance since he took over his new role cannot hope to be anything but premature.

Moreover, using British-based figures is a fairly blunt statistical instrument where such a worldwide organisation is concerned. That said, the bald facts are that while principal trainers Saeed Bin Suroor and Charlie Appleby sent out fewer winners in a virus-hit season, Godolphin were yet again champion owner in Britain – for the fourth time in five years and 11th time overall.

Godolphin’s tally has actually fallen in terms of both winners – 159 compared to 287 – and prize-money, but a figure of just under £5m is only about half a million shy of 2015 so a significant drop in terms of pure numbers was not matched by an equivalent decline in prize-money: in short, every winner was worth more. A lot more, in fact –when only win money is taken into account, every Godolphin victory in Britain this year has been worth £17,575, nearly £5,000 more than 2015. For an organisation looking to emphasise quality over quantity, and taken in the contest of the bloodstock 'pruning', that looks suspiciously like progress.

Was this by design or pure accident? Probably a bit of both, given the coughing that hit Newmarket in the summer, and the fact that the Ferguson broom has barely started to sweep clean. But there haven’t been anywhere near as many minor all-weather winners, that’s for sure – Appleby, for instance, had 90 winners at the AW tracks in 2015 compared to just 11 in 2016.

At the top level, things have certainly improved since the nadir of 2014, when only three top-level winners worldwide carried the Godolphin blue – and only one of them (Charming Thought) came outside Dubai. Godolphin’s Group/Grade 1 high was 18 in 1999 but the 16 achieved in 2015 equalled their second-best tally, also achieved in 2002 and 2012. A dozen top-grade winners this year included a notable highlight in Hawkbill’s Eclipse for Appleby.

The big showpiece meetings are Godolphin’s prime targets, of course, and none more so than Royal Ascot, where four winners represented a decent return highlighted by a second-day treble courtesy of Ribchester, Usherette and Portage. Indeed, if Belardo had been able to overhaul Tepin in the Queen Anne, we might have been talking about a vintage effort; instead, Ballydoyle again stole the show.

On the downside, the Classics remain elusive since Dawn Approach’s Guineas four seasons ago.

Nowhere has an apparent sea change in Godolphin policy been more obviously evident than in its trainers – to the extent that when news emerged last week they had swooped for King’s Stand Stakes winner Profitable, it would have been a huge surprise to hear anything other than he would stay with Clive Cox. Incidentally, the deal was done much earlier this year: Profitable is seen as a potential stallion.

The decision to leave big-name acquisitions with their trainers meant that others have joined the list, among them Fahey (Ribchester), Charlie Hills (Dutch Connection), Roger Varian (Belardo), Hugo Palmer (Home Of The Brave) and Richard Hannon (Toormore). Two-year-old additions Atty Persse and Acomb Stakes winner Syphax have also remained with Roger Charlton and Kevin Ryan respectively.

It was never thus. In the past, Godolphin simply have not employed outside trainers. It was part of their DNA: Godolphin horses, at least in Britain, were trained by Bin Suroor, and later on Mahmood Al Zarooni and Appleby – and they would spend the winter in Dubai. Fabre’s sizeable French string also added to the total.

How things have changed. As recently as five seasons ago in 2012, one run (and win) from the Bolger-trained Dawn Approach in the Dewhurst was the only Godolphin horse to run in Britain representing any trainer other than their two main men, at the time Bin Suroor and Al Zarooni, who between them saddled 148 winners in Britain from over 800 runners. In 2013, Dawn Approach remained the only ‘outsider’, before Halford joined Bolger in 2014.

Then last year the floodgates opened. John Gosden saddled 23 Godolphin winners from more than 100 runners, although most of these were former Princess Haya horses brought into the Godolphin fold. Gosden, along with Hannon, Bolger and Fabre supplied Godolphin’s European Group 1 winners in 2015.

‘Must do better’ was probably marked on the cards of both Bin Suroor and Appleby once Ferguson got his feet under the table, and both were back in business at the top level in 2016, with Appleby in particular leaving his mark on the Melbourne Spring Carnival. Bin Suroor, who even shut up shop for a spell owing to the virus, ended a significant drought when Thunder Snow took the Group 1 Criterium International at Saint-Cloud in October: he hadn’t trained a Group 1 winner outside Dubai since Farhh’s Champion Stakes triumph in 2013.

Presumably both trainers will be overseeing smaller teams in future, although the purchase of Warren Place and 120 boxes suggests this may not be as straightforward as it sounds. Either way, while Godolphin will continue to have their central trainers, more than anything the name now identifies an ownership vehicle rather than a specific training operation.

Jockeys still a bone of contention

A thorny issue, and one in which Godolphin have struggled since Dettori left the team. After a brief flirtation with Kieren Fallon, the two-man team of James Doyle and William Buick took over central riding duties – but then came the shock news that the much respected Doyle was no longer automatic first choice for Bin Suroor.

Given that Doyle had done little wrong, it seemed as if he was carrying the can for a troubled season for Bin Suroor. Or perhaps an even bigger name was about to be parachuted in: not for the first time, the rumour mill suggested Hong Kong-based Joao Moreira was being lined up. More than once, Godolphin sources have flatly denied any approach.

Another name in the Godolphin frame was James McDonald, an integral part of the team’s success in Australia. McDonald won plenty of admirers during a short stint in Britain during the summer.

However, if McDonald was an option for Europe, there was to be an ironic sting in the tail: McDonald is now on the sidelines after becoming embroiled in a betting scandal in Australia. His replacement is none other than a certain James Doyle.

Like Coolmore, Sheikh Mohammed has always craved success in North America but recent results are a mixed bag. US flagbearer Frosted produced a real highlight with a spectacular record-breaking success in the Met Mile on the Belmont Stakes undercard for Godolphin’s main man in America, Kiaran McLaughlin. But the four-year-old flopped on the really big occasions, in both the Dubai World Cup and the Breeders’ Cup Classic.

Godolphin have been champion owner twice in the States (2009 and 2012) but this time around there were no Grade 1 wins apart from Frosted’s pair (he also won the Whitney at Saratoga), while four horses carried Godolphin blue without a sniff of success at the Breeders’ Cup. Dubai regular Tamarkuz did win the Dirt Mile for McLaughlin – in Sheikh Hamdan’s Shadwell colours, which also featured in the Maktoums’ foremost Triple Crown contender Mohaymen.

Australia continues as a success story with O’Shea – only a couple of years into the Godolphin job – and McDonald combining for four Grade 1 wins, among them the Turnbull Stakes in Melbourne with the former Mark Johnston-trained Hartnell. Made favourite for the Melbourne Cup, he finished third behind Almandin and Godolphin’s quest for Australia’s most famous race continues.

As a whole, though, the spring carnival was a resounding success for Godolphin, with Group-race wins for Francis Of Asissi, Oceanographer and Qewy from the Appleby stable and Beautiful Romance weighing in for Bin Suroor.

With Churchill even-money for the 2,000 Guineas in front of Caravaggio and Rhododendron favourite for the 1,000 Guineas, a look at the ante-post betting for next year’s Classics suggests a stranglehold from – guess who? – Godolphin’s arch rival Ballydoyle.

However, there are nevertheless a few reasons to be cheerful for the Dubai team. Dubawi filly Wuheida and Thunder Snow are already Group 1 winners at two, and the former in particular looked a filly of immense promise in winning the Prix Marcel Boussac. "She's a filly we knew would appreciate stepping up from seven furlongs and she has a bright future stepping up even further next year," said Appleby, who also trained Gimcrack winner Blue Point, third in the Dewhurst.

Alongside these more obvious types, Syphax flew home to beat Godolphin’s Best Of Days in the Acomb and was promptly snapped up, while Atty Persse is reckoned to have Classic potential after winning a Sandown maiden for Roger Charlton.

Even if John Ferguson has administered a kick in the bloated Godolphin belly, it is far too early to judge whether or not he has been successful. While there are signs of promise, this is necessarily a work in progress, not least when it comes to the scaling back of an enormous bloodstock operation.

What cannot be argued against, though, is that something needed to be done. Godolphin had become too big for purpose, in danger of losing sight of its stated raison d’etre – equine excellence, to be number one – in the headlong rush to expand. ‘More, more, more’ has been the Godolphin mantra for too long; ‘less, less, less’ might well be Ferguson’s battle cry, as long as the ‘less’ means better. You can have too much of a good thing.

Any changes in policy direction will need a period of time to produce results. This is evolution, not revolution but the clock is already ticking.

FIRST PUBLISHED 5:51PM, JUN 6 2017
I could see that Godolphin must always be a priority and requires my undivided attention. My instructions are to focus on quality and give it a kick i

It's not High Definition but Lingfield trials could still unearth an Epsom star Exciting Adayar could be the next Derby contender to boost a resurgent trial Is there a genuine Epsom contender ready to pounce in the Derby Trial? Appleby denied home win as Master Of The Seas and Buick go down fighting Can anyone stop Aidan O'Brien's recent domination of the Dee Stakes? Yibir on Derby trail for Charlie Appleby in Thursday's Dee Stakes at Chester