No live British racing in Coral, Ladbrokes and Betfred shops 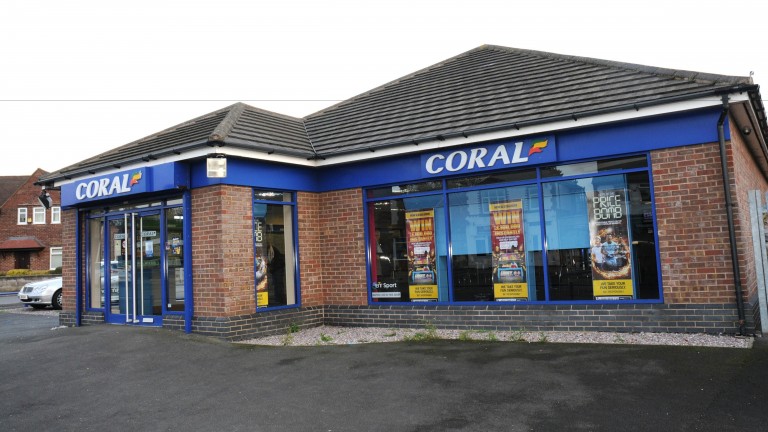 Coral, along with Ladbrokes and Betfred, will show no live British racing on Monday
Steve Davies
1 of 1
By Mark Scully 7:47PM, JAN 8 2017

Punters visiting Coral, Ladbrokes and Betfred shops on Monday will not be able to enjoy any live racing from Britain as the dispute over media rights between the bookmakers and The Racing Partnership rumbles on.

TRP, which comprises all 15 Arena Racing Company tracks as well as seven independent racecourses, is yet to reach an agreement with Ladbrokes-Coral plc or Betfred over a deal that would allow racing from the courses in question to be broadcast in their shops.

From January 1, Doncaster, Lingfield, Southwell, Windsor, Wolverhampton and Worcester moved from SIS to TRP, with the remaining racecourses following suit in 2018.

While the impasse has been ongoing, Monday represents the first day that racing comes exclusively from courses falling under TRP's banner, meaning there will be no live televised racing from Britain on offer to customers in Coral, Ladbrokes or Betfred shops.

There was no sign of progress on a deal on Sunday and unless an accord can be struck on Monday, the blackout will continue into Tuesday, when racing comes from Lingfield, Southwell and Wolverhampton.

In the absence of a deal, the 48 hours in question will be studied closely by all concerned, with the cost of media rights having become an increasingly contentious topic in recent years.

Many firms have argued that the price of being able to screen live racing has become excessive. Any data that suggests the lack of images does not have a negative impact on business will only bolster that position.

The three firms found themselves at the centre of the most recent dispute of this kind when, along with William Hill, they locked horns with the fledgling TurfTV in 2007.

On that occasion it was Coral who blinked first, breaking ranks to come to an agreement with the provider.

TRP was set up by Arc to sell pictures directly to bookmakers and cut out the 'leakage' of income to intermediaries such as SIS and TurfTV.

A statement from Ladbrokes said: "We're continuing to work hard to provide alternative content and extra value throughout our estate to ensure customers are able to enjoy a quality betting shop experience. We're still in commercial discussions about the overall situation."