Latest BOUND FOR THE KNAVESMIRE 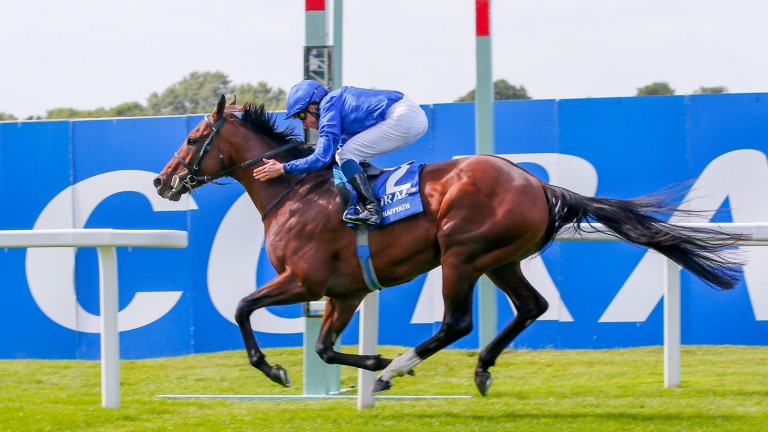 There will be no Ghaiyyath versus Enable rematch in the Group 1 King George VI & Queen Elizabeth Stakes at Ascot later this month after connections of Sunday's Eclipse Stakes winner confirmed he would instead head for next month's Group 1 Juddmonte International at York.

The pair enjoyed a titanic tussle at Sandown last weekend when front-runner Ghaiyyath defied a headwind as well as the attentions of the two-time Arc winner to register a second successive domestic win at Group 1 level.

In the aftermath of that all-the-way win under William Buick, the possibility of another head-to-head at Ascot had been raised but the rematch must now probably wait until the first weekend in October in Paris, when the pair could clash in the Prix de l'Arc de Triomphe.

In contrast to Enable, Ghaiyyath is expected to be less busy than his rival in the coming months and the Juddmonte International is likely to be his only outing before the possible rematch at Longchamp.

Trainer Charlie Appleby said: "Ghaiyyath is having a quiet few days after the Eclipse and we'll give the King George a miss to give him a bit more time between his races and look towards York.

"It was in our thoughts before the start of the year to work back from the Arc again and it will be an interesting race in Paris if Enable turns up, and also there are some nice three-year-olds coming through the ranks."

Ghaiyyath, a best-priced 9-1 chance for the Arc, would be sticking to a mile and a quarter at York which is a front-runners track and should suit his enthusiastic style. 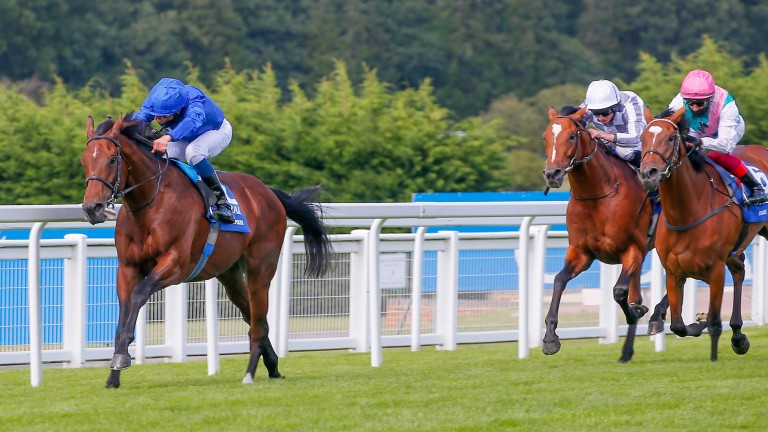 Ghaiyyath: a brilliant winner in a top-class Eclipse at Sandown
Mark Cranham

"He's a more mature horse this year, and if he were to win or run well at York then he wouldn't need a trial as he goes well off a break so we'd just freshen him up for the Arc.

"He's well travelled and has campaigned at a decent level for a long time now so we're very much looking forward to the second half of the season with him."

Enable, who is a best-priced 7-4 favourite to record a third King George having won the summer highlight in 2017 and 2019, could yet be joined by stablemate Fanny Logan in the line-up on July 25 – although the Hardwicke Stakes winner has other options in France.

FIRST PUBLISHED 7:00PM, JUL 7 2020
Ghaiyyath is having a quiet few days after the Eclipse and we'll give the King George a miss to give him a bit more time between his races