No jumps action on Thursday after frost claims Lingfield 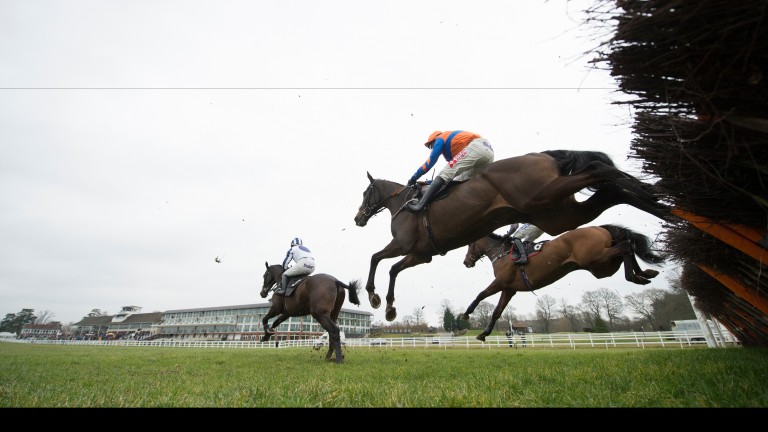 Frost covers had been deployed at the Surrey venue but to no avail as temperatures got down to as low as -5.5C on Wednesday night.

An 8am inspection was called, but there was to be no repeat of recent days that have seen courses such as Leicester call second and third inspections throughout the morning, with temperatures at Lingfield forecast to stay too low.

"It is still only -5.2C at the moment and temperatures are not due to rise above freezing until around 11am this morning," explained clerk of the course Edward Arkell.

"After that it may get as high as 2C, so what frost we have in the ground was never going to come out – we've got frost under the covers we have down as well.

"I accept that the first race, the bumper, was on the all-weather but you can't start the meeting and then stop like that."

Lingfield's cancellation leaves racing on the all-weather at Chelmsford, Southwell and Wolverhampton on Thursday, as well as the first day of the Dubai World Cup Carnival at Meydan.

Looking ahead in the week, there were no further inspections planned on Thursday morning, with temperatures due to rise at Ludlow from its current -5C in time for Friday's fixture.

Conditions are also set to be milder at Sandown, which hosts Saturday's Tolworth Hurdle meeting and where it was -4C on Thursday morning. Officials at the Esher track are expecting temperatures as high as 10C come race day, although frost covers are down on shaded areas for the time being.

FIRST PUBLISHED 9:01AM, JAN 5 2017
I accept that the first race was on the all-weather but you can't start the meeting and then stop like that