Irish Champions Weekend STARS OF THE PAST 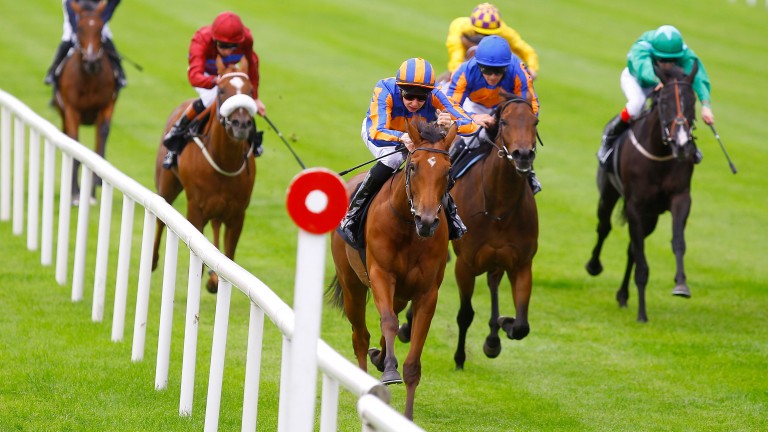 Five Group 1s grace Irish Champions Weekend and in the lead-up to the meeting we pick out some of the best performances in those top races, beginning with Maybe's victory in the 2011 Moyglare Stud Stakes at the Curragh . . .

There was no maybe about it. Maybe was the outstanding juvenile filly of 2011 and her magical Moyglare performance sugarcoated a stunning season for the daughter of Galileo. Five runs. Five wins. A five-star performer.

The last Sunday in August was the moment of her Group 1 triumph. She had already won a Naas maiden, the Chesham at Royal Ascot, the Silver Flash at Leopardstown and the Debutante at the Curragh. This was her date with destiny.

It was no mediocre Moyglare either. La Collina was rated 113 after beating the boys in the Phoenix Stakes on her previous outing. Fire Lily and Teolane both boasted a handicap mark of 100-plus as well. It was a Group 1 in not only name but nature.

The Aidan O'Brien-trained Soon set the pace and was tracked by her stablemate Maybe. Trainer's son Joseph managed to get the 8-13 favourite perfectly settled and they struck for home passing the two-furlong pole. They pinched a few lengths and never looked like being reeled in. It was Maybe doing what Maybe did best. Making things look simple.

Maybe kept up the relentless gallop and strode to a one-and-three-quarter-length success over Fire Lily. It was as straightforward as the betting suggested it would be. That was what made her so special, according to the man on board.

"She was a very special two-year-old," reflected O'Brien on Sunday. "She was so uncomplicated. She settled, she travelled in her races, and she always quickened when you asked her to. She was a dream to ride.

"Maybe was very good to me and very good to my career. Winning Group 1s are very important and she gave me a great day at the Curragh. She really was a joy to ride, and she'd given me such a good feel in the Debutante and Silver Flash Stakes before that too." 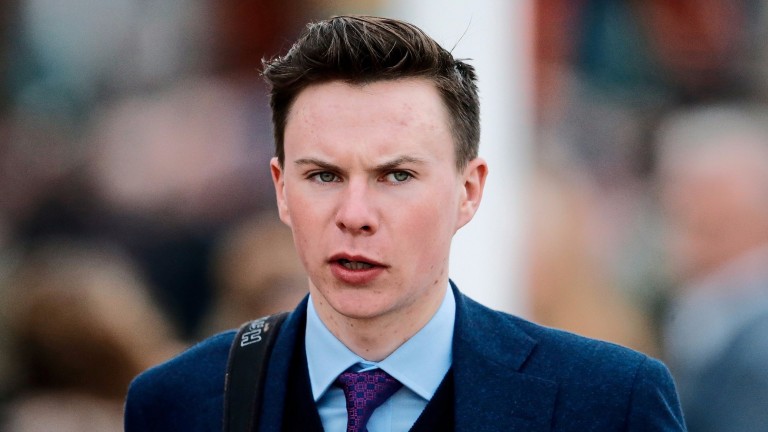 Joseph O'Brien: rode Maybe to three juvenile Group wins, culminating in the Moyglare
Alan Crowhurst
Maybe was her trainer's sixth success in the Moyglare and he has added another since thanks to Minding in 2015.

Maybe was tremendous at two but was unable to progress into a top-class three-year-old, losing her unbeaten record when third in the 1,000 Guineas before suffering defeats in the Oaks, Falmouth and Matron Stakes.

On the racecourse it will be her dazzling displays as a juvenile she will be remembered for most, the best of those arriving in the Moyglare.

She is now a broodmare and responsible for striking Curragh debut winner Saxon Warrior, so her success story continues.