Talk of the Tracks Ffos las

No hangover as Binge Drinker returns to prove the toast 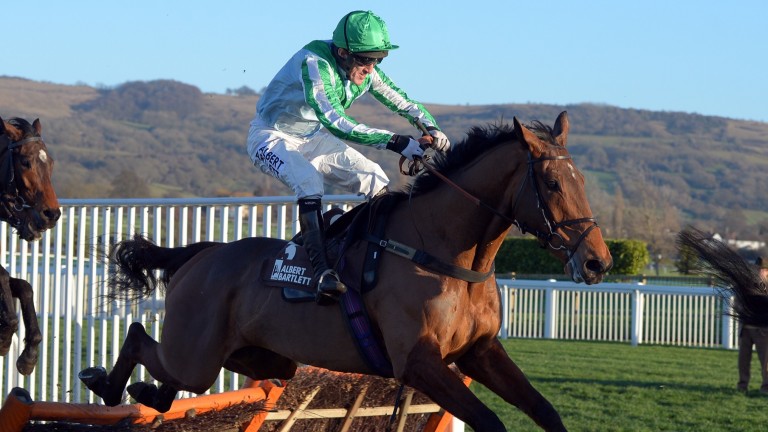 Binge Drinker: looks a promising novice chaser in the making for Rebecca Curtis
1 of 1
By Rhodri Boyce 7:23PM, NOV 6 2016

Rebecca Curtis knows what it's like to have a classy novice chaser on her hands, and Binge Drinker may be the next one off her Pembrokeshire production line that produced three winners in three races at Ffos Las yesterday.

Curtis has guided Irish Cavalier and O'Faolains Boy to Cheltenham Festival success, and while the lightly raced Binge Drinker has a long way to go to match the exploits of those stablemates, he made a fine debut over fences in the 2m3f novice chase.

Binge Drinker, thought good enough to run in Grade 1 company at Punchestown on his previous start in April 2015, used his stamina to good effect in the home straight as he forced his way past Might Bite to record a four-length success.

Curtis said: "Everything was against him considering he wants softer ground, has had a long time off and it was over a trip short of his best. We'll look to step him up in trip now."

It was the first part of a 70-minute treble for the in-form trainer and jockey Jonathan Moore, with Joe Farrell – described by Curtis as "being among my best young horses" – taking the 2m4f novice hurdle and Globalisation getting up in the last stride to dead-heat with Copper Birch in the 3m handicap chase.

Tobefair, this cheer was biggest

Despite the exploits of Curtis and Moore, the biggest cheer of the day was reserved for Tobefair, trained just a few miles from the course by Debra Hamer, who overcame an absence of more than 400 days to take the feature 3m handicap hurdle.

He looked set to be overhauled by Herbert Park on the run for home but rallied well to see off the topweight by a neck.

Paul Hamer, the trainer’s husband and assistant, said: "He hadn't run for a little while and we thought he might be a bit rusty. We’re only a small yard and are not overly hard on them sometimes, but he's been doing everything nicely."

Furiously Fast had found only the high-class Diego Du Charmil too good on his last outing, but there was nothing of that quality to contend with as he made the drop back into novice hurdle company a winning one.

Dai Burchell's four-year-old eased to the front under James King a mile from home in the 2m novice hurdle and jumped quickly and fluently as he saw off seven rivals with the minimum of fuss.

The winning trainer said: "We'll give him a few weeks' rest, then make sure he's fit and well and go for some bigger prizes," he said.

Jumps races with double-figure fields have been a rarity these last few weeks, so credit to Ffos Las for managing to deliver ground on the soft side of good, which encouraged trainers to send their runners to west Wales.

FIRST PUBLISHED 7:23PM, NOV 6 2016
Everything was against him considering he wants softer ground, has had a long time off and it was over a trip short of his best