No Haaf measures as Beckett eyes his century 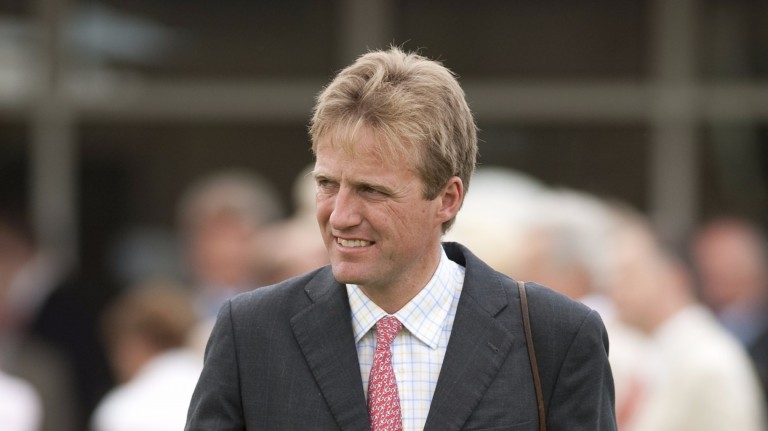 Haaf A Sixpence bids to give Ralph Beckett his 100th winner in Britain for the first time in a calendar year and maintain the trainer's good stats at Southwell.

The Hampshire trainer has topped 100 already, including three Listed winners in France this year, but is keen to put three figures on the board domestically.

The Fibresand surface attracts course specialists with Philba, Captain Revelation and Boots And Spurs fitting that bill, while Haaf A Sixpence and Pearl Spectre boast unbeaten records from one visit.

Making a rapid claim
George Downing, who rides Bouclier, is rapidly approaching the end of his claiming days having ridden five winners this month to leave him five short of the landmark 95.

Southwell star burns brightly for Dascombe
Tom Dascombe is not only in good form with four winners from his last 11 runners but also tops the charts at Southwell this year with five winners from nine runners.

What they say
Mick Appleby, trainer of Philba and Mithqaal
Mithqaal would ideally want a mile and Philba is a good horse round Southwell and you could never discount him. I don't think there's much between them and they have good chances.

Ralph Beckett, trainer of Haaf A Sixpence
It will be tough for him from that draw but he likes Southwell and hopefully he'll bounce back as he's in good shape and seven furlongs should be no problem for him.

Roger Teal, trainer of Jack Of Diamonds
I'm dropping him back to seven furlongs to sharpen him up. He has handled the surface and has a good draw.

George Baker, trainer of Jack's Revenge
He loves a fast-run race and the others stopping, which often happens at Southwell, but this could be a final swing of the bat with him if he doesn't show much enthusiasm.

Alan Brown, trainer of Shouranour
We have saved him for Southwell as he likes cut in the ground and the track should suit him. He has plenty of pace to get out of the kickback and a good draw. He is spot on.

Phil McEntee, trainer of Pearl Spectre
I expect a big run. He ran a blinder at Lingfield last time, probably his best run for me, and being a Street Cry he'll love the surface. He won on his only previous visit.

Ivan Furtado, trainer of Zaeem
He has been struggling with his mark, which I think is still too high, but he likes the track and ran a great race there at the start of the year and is at his best there.

Colin Gorman, assistant to Tom Dascombe, trainer of Captain Revelation
We left him alone for two months in the summer as he has good form at Southwell and he justified it last time. He has not got the best of draws.

FIRST PUBLISHED 6:15PM, DEC 19 2016
We have saved him for Southwell as he likes cut in the ground and the track should suit him