No grounds for concern for mighty Winx despite rain 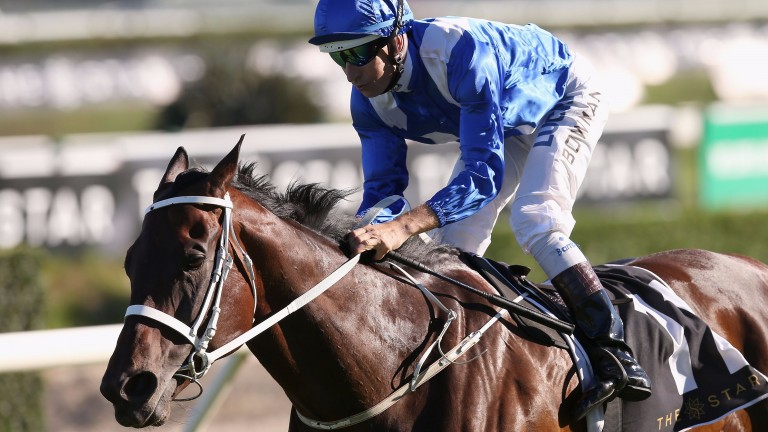 If last weekend is anything to go by Chris Waller will be doing a sun dance ahead of Winx’s bid to land a record-equalling third Cox Plate in October.

Waller, who is under constant pressure to maintain the winning sequence for Australia’s sweetheart, faced a dilemma over the deteriorating ground at Randwick on Saturday.

The ground was rated as heavy (nine) for Winx’s race, the Chipping Norton Stakes, and the maximum heavy (ten) for the next race just 40 minutes later.

Waller monitored conditions all day and was prepared to scratch her if he felt it wasn’t safe, but he admitted feeling a pressure and expectation to let her take part.

“I didn’t want to see tomorrow’s newspaper if I didn’t run her,” he said.

In the end he deemed the ground safe and let her take her chance, but the intense pressure to see her run and win keeps building and when it comes to her date with destiny in the Cox Plate (October 21) Waller may feel forced to run no matter what happens to the ground. 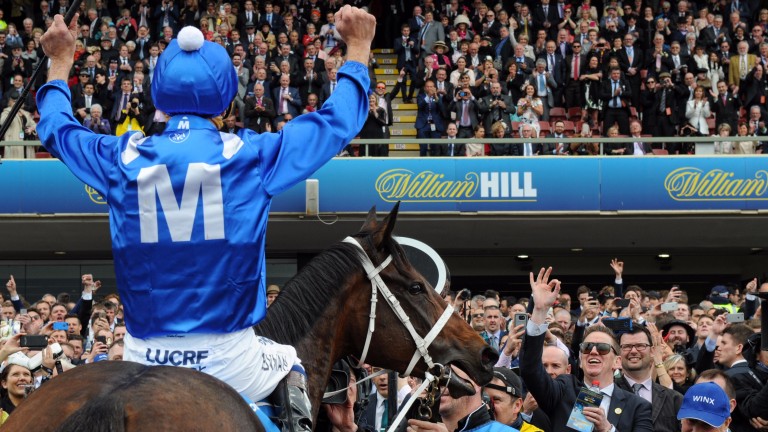 It makes sense to run come what may. After all, she is by far the best horse in Australia and few horses will ever get a crack at a third Cox Plate. But if the pressure to run overtakes the trainer’s will to run it could make for a very nervous grandstand at Moonee Valley.

We have witnessed similarly high-pressure scenes with other great horses on lengthy winning runs, including two of the greatest of them all.

Peter Moody was incredibly anxious as he watched Black Caviar go to post for the Diamond Jubilee Stakes at Royal Ascot, later admitting that he had thought about scratching her.

Later that same year the entire crowd was holding its collective breath at Ascot for Frankel’s final race as he was asked to take on soft-ground specialist Cirrus Des Aigles in the Champion Stakes where the mud was flying.

Both those horses came through to win because they were simply too classy and, while neither showed their best form on those huge days, it was testament to their ability and versatility that they could win even with circumstances against them.

Winx achieved something similar, albeit at a lower level, last weekend. She faced a fairly innocuous bunch and barely had to pick her feet out of the mud to score by an easy two lengths from a pair of 150-1 shots.

The form was not strong and this win does not prove she is a fully fledged waterbaby, but her RPR of 116 is a fairly standard figure for her in this level of race in which there is nothing with the quality to push her any higher.

On her day she is capable of much better, as proved by her RPR of 130 from last year’s Cox Plate, which made her the top turf horse in the world.

However, she has now won twice on heavy ground and this success adds to the notion that she should ultimately prove too good for any horse in Australia under any conditions.

A little downpour before the Cox Plate may simply add to the drama of the occasion – as well as tightening the pressure on connections as they bid to keep that winning sequence going.

They’ve got some way to go to hit the pressure felt by those responsible for Frankel and Black Caviar on those crunch days, but there will be nervy days to come for Winx.

As the single most important racehorse in Australia, she managed to entirely shift the focus on Saturday from Caulfield’s prestigious Blue Diamond Stakes day to her effective walkover at Randwick.

Caulfield staged eight graded races, including the second richest two-year-old race in the country and fly-in rides for Ryan Moore and Joao Moreira.

But there’s only one horse that matters in Australia at the moment. Where Winx goes the cameras follow.

The highest RPRs in the world last week, though, didn’t come from Winx or Caulfield. They went to Helene Paragon, who won the Queen’s Silver Jubilee Cup at Sha Tin, and Neorealism, who took the Nakayama Kinen. Helene Paragon (120) was called Sir Andrew when he raced in France, finishing third in the 2015 Prix Jean Prat.

He has gradually improved in Hong Kong and has now won two Group 1s on the bounce.

The Champions Mile back at Sha Tin on May 7 is set to be the next major race for him.

Neorealism (120) failed to give his true running when ninth behind Beauty Only and Helene Paragon in the Hong Kong Mile in December, but he was back on song to register a career-best RPR for his three-quarters-of-a-length success at Nakayama on Sunday.

FIRST PUBLISHED 6:00PM, FEB 28 2017
Caulfield staged eight graded races, including the second richest two-year-old race in the country. But there’s only one horse that matters in Austral