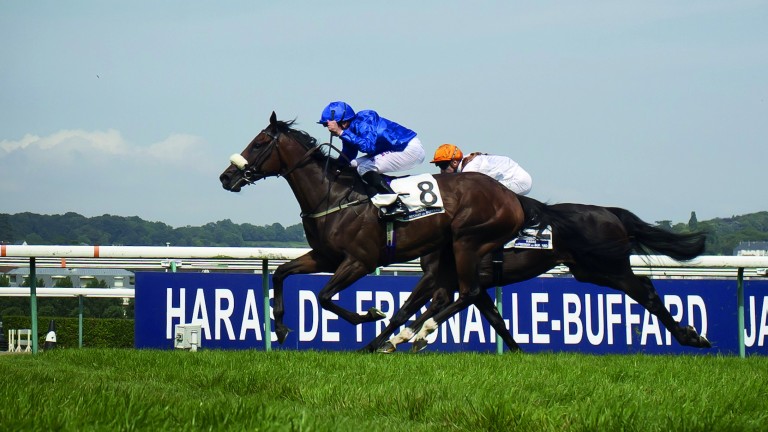 There's rain and then there's Goodwood rain: that's the theory which fuels Richard Fahey's optimism as his stable star Ribchester heads to France in search of a third Group 1 win of the season after finding Here Comes When too strong in appalling conditions in the Sussex Stakes.

Chantilly took 19mm on Friday and was already soft by Saturday morning, with up to another 6mm forecast before the day was out.

But such conditions proved no barrier to a scintillating display from Ribchester in the Lockinge back in May and such is his wellbeing connections have opted to push on rather than wait for the QEII next month.

"We've all seen what he's capable of and we've been happy with him since Goodwood," said Fahey on Saturday.

"I'm not worried about the rain, he's won a Group 1 on soft ground, but he's also broken the track record on fast ground." 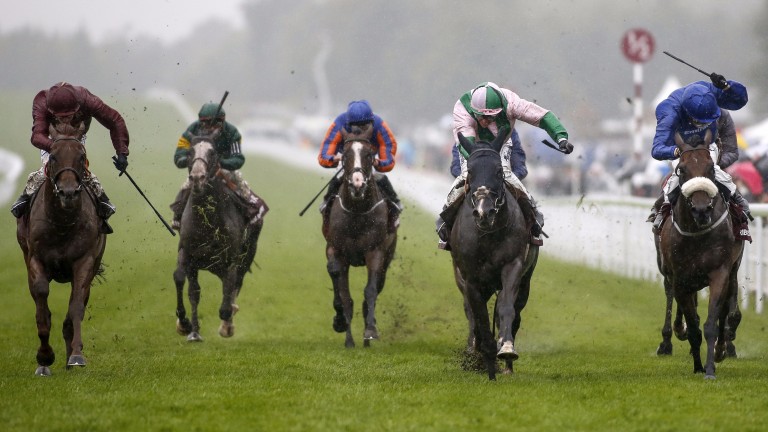 Lightning Spear has form on all types of surface, with Simcock and owners Qatar Racing content that the €32,400 supplementary fee was worth the gamble.

The Moulin comes just 15 days after Lightning Spear got up on the line to deny Zonderland in the Celebration Mile.

For many paddock judges three-year-old Inns Of Court eclipsed both stablemate Al Wukair and supposed Godolphin first string Thunder Snow ahead of the Prix Jacques le Marois, and he went on to run the race of his life to date when splitting the pair last time out.

On that occasion Mickael Barzalona did a fine job of settling Inns Of Court, whose only previous try at a mile had been wrecked by a slipped saddle and whose exuberance over seven furlongs had been a cause for concern.

"He's not an easy ride and has to be switched off," said trainer Andre Fabre.

"On form he's probably second or third choice, but we'll take that. The ground is a question mark since this is the first really serious rain we've had in ages."

Fabre is also responsible for the only other three-year-old on show, Lady Frankel, who appeared to benefit from a drop back in trip to a strongly run mile when catching Tisbutadream on the line in the Group 3 Prix de Lieurey at Deauville.

Fabre said: "She needs a bit more experience. She enjoyed Deauville and I want her to repeat that in terms of coming from behind and seeing what she can grab.

"The plan is to run at the Arc meeting in either the Prix Daniel Wildenstein or the Opera." 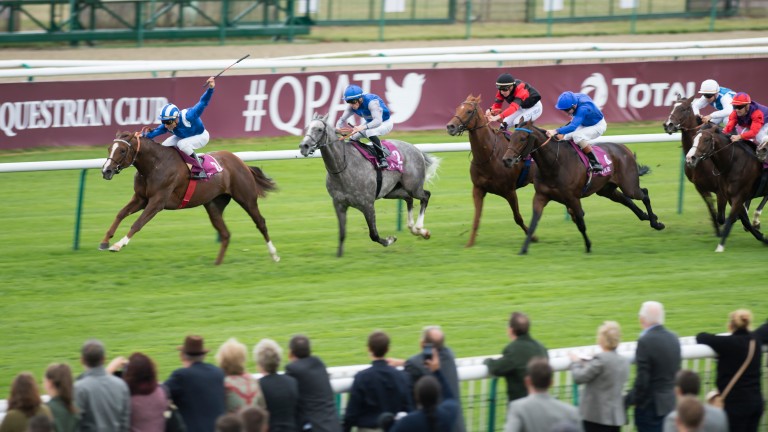 Taareef pretty much blew his chances in the preliminaries of the Marois and Rouget must hope there is no repetition of either his antics in the parade ring or his hard-pulling during the race itself.

Race fitness and tactical awareness may both have helped him defeat the reappearing Zelzal in June, but the fact is Taareef has run his three best races at Chantilly and it would be no surprise to see him again get the better of his more ground-dependent stablemate.

Massaat and Robin out to grab glory for Lambourn

Alongside Taareef, Hamdan Al Maktoum is also represented by Massaat, who overcame more than a year's absence when brushing aside Librisa Breeze in the Hungerford Stakes on soft ground last month.

The four-year-old, who chased home Galileo Gold in last year's 2,000 Guineas, remains relatively unexposed, and Owen Burrows will be one trainer pleased to see the back of summer going following the removal of a chip in the colt's fetlock last autumn.

"I've been happy with him since Newbury and this is another crack at a Group 1," said Burrows. "He's been second in two Group 1s and it would be nice to win one."

Burrows' near-neighbour Harry Dunlop has frequent French visitor Robin Of Navan on the comeback trail and will be trying a mile with his stable star for the first time since his two-year-old campaign.

But Robin Of Navan showed he was not short of speed when going down narrowly to Mekhtaal in race record time over one mile one furlong here in May, while his effectiveness on a testing surface is also well established.

"He's back in good form having picked up an injury at Saint-Cloud," said Dunlop.

"He pulled muscles and Cristian [Demuro] looked after him. Dropping back to a mile is something we're interested in after he ran so well in the Ispahan over a mile and a furlong at Chantilly.

"We know it is a tall order but the race is worth a fortune and he handles any ground."