Previews DAY ONE AT ROYAL ASCOT 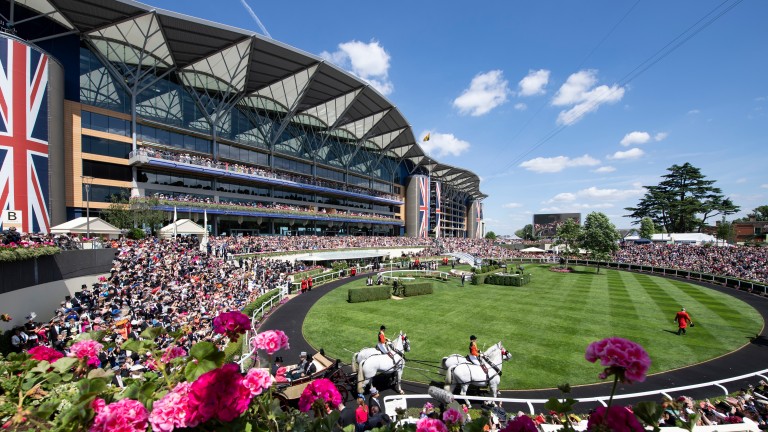 Royal Ascot: the usual glitz and glamour is staying in the wardrobe this year
Edward Whitaker (racingpost.com/photos)
1 of 1
UPDATED 7:26PM, JUN 15 2020

The diamond glazed doors are locked, meaning one of the most spectacular occasions in the sporting calendar will look and feel very different to normal. If anyone can even remember what normal looked like, that is.

It will be about thoroughbreds, not tailcoats. It will be about Battaash blitzing down the middle of the track rather than the royal procession. It will be about Stradivarius going for a hat-trick of Gold Cups rather than ballgowns. The picnics have to move from the car park to the coffee table in your sitting room and you will be making brews rather than uncorking bottles of Bollinger but, cheer up, I have a feeling you are still going to enjoy it.

Yes, welcome to Royal Ascot 2020. The usual glitz and glamour is staying in the wardrobe this year, but the red carpet will still be rolled out for the real A-listers who will get the VIP treatment this year. All eyes will be on them for once and all the action will be coming to a television near you. You will not miss a thing.

You will have to hold your horses and wait until Saturday for the rematch between Pinatubo and Wichita, as the St James's Palace Stakes has been put back a few days, but the Queen Anne and King's Stand remain part of the opening ceremony, ensuring that day one will still be special.

Just how special depends on Battaash really. One of the quickest sprinters of the modern era has never really done it at Ascot. Blue Point has been to blame for that on his last two visits but, with his arch nemesis now retired, he has the stage to himself in the King's Stand (3.35).

Throughout his career we have been told how much he hates crowds and now the unsociable son of Dark Angel finally has the chance to strut his stuff in silence. We could be in for something extraordinary. Anything close to what he did in the Nunthorpe at York last August will do.

The Queen Anne (1.50) is more about quantity than quality this year. Sixteen will enter the stalls, but there is certainly no Frankel among them and ante-post favourite King Of Change is an absentee too.

Circus Maximus is a horse who often gets forgotten about. He might not be Galileo's most handsome son, nor the flashiest, but boy does he know how to battle. There is a whiff of Giant's Causeway about him. He loves a scrap. Getting down and dirty is exactly what he wants and if the Queen Anne turns into a dour struggle inside the final furlong, you just know who the last man standing will be.

Sheer guts and determination got him over the line in last year's St James's Palace Stakes and something similar could suffice on this occasion, as Terebellum and Fox Chairman both have to prove they can do it on the big day, when it matters most. 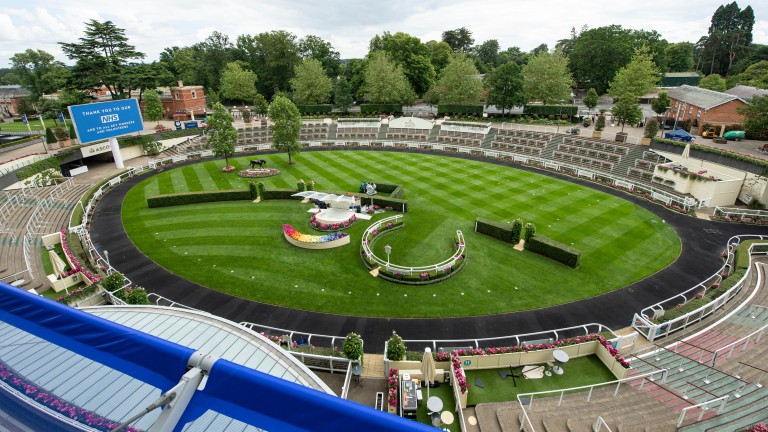 Frankly Darling, I do give a damn about the Ribblesdale (2.25). We could get a glimpse of the Oaks winner, you know.

Newcastle has become a hotbed for future Classic winners of late and the daughter of Frankel looked like she might add her name to the list with the way she devoured the ground in the closing stages of a maiden on the day racing resumed in Britain. Frankie Dettori takes over in the saddle and it could be our best chance of seeing a flying dismount.

What would we give for one of those in the current situation?

The current situation has not helped Aidan O'Brien's quest to become the most successful trainer in the history of the Derby. He is not responsible for any of the top three in the betting at the moment, but that could change if Mogul follows in the footsteps of brother Japan by winning the King Edward VII Stakes (3.00).

Mogul won twice at two, including a Group 2 at Leopardstown, but he did all his racing over a mile. If he has inherited some of his brother's traits, he will relish this stiffer test of stamina and odds of 8-1 about him making history for his trainer at Epsom could look very big indeed come Tuesday night.

The presence of Verdana Blue in the concluding Ascot Stakes (4.40) will get jump racing fans giddy, while the opening Buckingham Palace Handicap (1.15) will get the juices flowing for punters.

Get your slippers on, flick the kettle on, put your feet up and relax. It might not be Royal Ascot as we know it, but chances are you will enjoy it.

Diamond in the rough: how a Royal Ascot hotpot was unearthed for just £2,800

FIRST PUBLISHED 6:53PM, JUN 15 2020
It will be about Battaash blitzing down the middle of the track rather than the royal procession

Forgive the gushing enthusiasm but I feel like I have seen something special Who is better - Hurricane Lane or Adayar? Our experts have their say Zain Claudette holds on to provide Ray Dawson with emotional first Group win Armory tees up Arlington Million tilt by taking on Mohaafeth in Group 2 Thady Gosden can't see a handicapper beaten at Ascot English tracks prepared for return of bumper crowds after easing of restrictions