No fire or frost worries for feature card on Town Moor 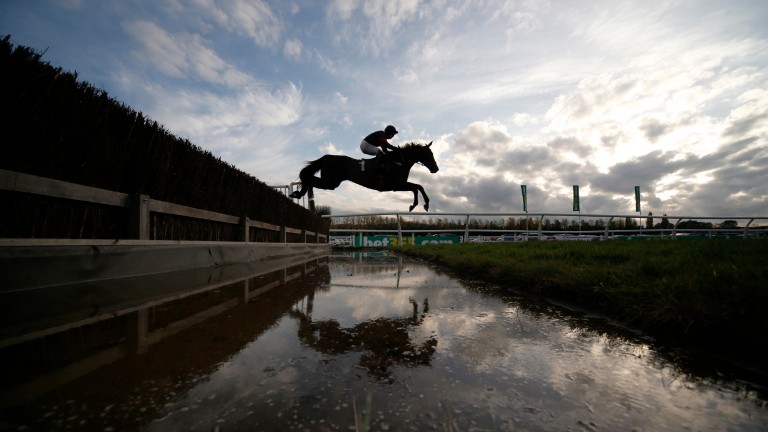 This weekend's Sky Bet Chase meeting at Doncaster will go ahead with no problems despite a fire at the former bloodstock sales building near the course.

Several fire engines were reported to have been at the scene for more than an hour tackling the flames on Friday night.

But clerk of the course Roderick Duncan said on Sunday: "It'll have no impact on racing as we've not used that yard since the new complex was built."

Nor is the weather expected to threaten the two-day meeting, which begins on Friday. The ground was reported to be good, good to soft in places on Sunday.

"There's predominantly a dry forecast, although it will be overcast towards the end of the week," Duncan said. "Judged on the forecast at the minute I'd expect we'll be racing on good ground."

That will be ideal for Bigbadjohn, who is 10-1 co-favourite for Saturday's £80,000 feature handicap chase with the sponsor, having chased home subsequent King George VI Chase winner Thistlecrack in a Grade 2 novice event at Newbury last time.

"He wouldn't want really heavy winter ground so we were easy on him over Christmas and he had a nice break to freshen him up," said trainer Rebecca Curtis.

"He's done well over fences and the race should really suit him, he's probably still on quite a nice mark and Doncaster is similar to Newbury, it's a big, galloping track. And there'll be no Thistlecrack!"

Curtis could also run last month's Mandarin Chase winner Potters Cross, but Anthony Honeyball warned that Regal Encore, another of Skybet's co-favourites, is not certain to take his chance.

His chaser had been due to run on Saturday's cancelled card at Ascot and the trainer said: "We'll enter him for the two-and-a-half-mile handicap at Cheltenham this weekend as well as Doncaster.

"He's in good order and needs a run to set him up for the spring, when he has several options - we're quite keen on the Midlands National if it's not a bog."

FIRST PUBLISHED 2:51PM, JAN 22 2017
Judged on the forecast at the minute I'd expect we'll be racing on good ground

John and Thady Gosden: 'It's no different to managing a top footballer' Forgo the Flying Five in order to watch Snowfall? It can't ever happen again... St Leger analysis: 'He put everything into it and looked tired on pulling up'