No Faugheen in Fairyhouse feature as Mullins turns to Mag 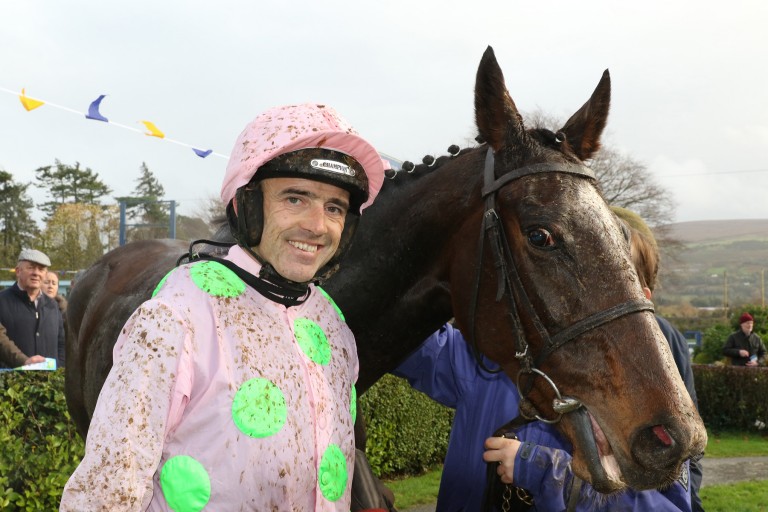 Faugheen does not feature among seven declarations for Sunday's Grade 1 Hatton's Grace Hurdle at Fairyhouse, with trainer Willie Mullins instead turning to Vroum Vroum Mag, Shaneshill and Whiteout.

Mullins revealed that Faugheen, who has been off the track since an impressive success in the Irish Champion Hurdle last January, needed more time to recover from the bruised foot which ruled him out of last month's Morgiana Hurdle.

"We decided against declaring Faugheen for the Hatton's Grace as he missed too much time due to a bruised foot last month. We're hoping to have him ready to run over Christmas," Mullins said.

In Faugheen's absence, Vroum Vroum Mag, who is unbeaten in ten starts for Mullins, heads the market at evens with BoyleSports. Ruby Walsh takes the ride.

The high-class field is completed by Apple's Jade, Monksland, Dedigout and Ivanovich Gorbatov.

On the same Bar One Racing-sponsored card, leading Cheltenham festival fancies Diamond King and Alpha Des Obeaux meet in a cracking renewal of the Grade 1 Drinmore Novice Chase. World Hurdle runner-up Alpha Des Obeaux is the 7-1 favourite for the RSA Chase, while Coral Cup winner Diamond King is the 10-1 second favourite for the JLT Novices' Chase.

Peace News, a top price of 10-1 for the Supreme Novices' Hurdle following a smooth success on his debut over hurdles at Cork last month, takes his next step on the road to Cheltenham in the Royal Bond, while 10-1 Triumph Hurdle favourite Landofhopeandglory puts his credentials to the test against five rivals in the opening juvenile hurdle.

King George contender Tea For Two goes on trial for the Boxing Day showpiece in the Peterborough Chase at Huntingdon on Sunday. The Grade 1-winning novice chaser is one of seven declared for a high-quality renewal of the race, in which More Of That, Dodging Bullets and Josses Hill also feature.