No Faugheen but supersub Canyon back to defend crown 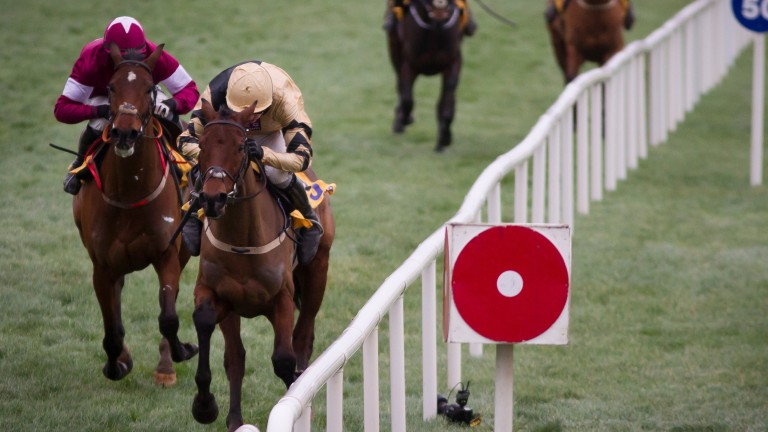 The wait goes on. The longer the wait, the more we pine. No Faugheen. No Annie Power. This, we hoped and thought, would be when we finally get another glimpse of one of the last two Champion Hurdle winners. But, alas, neither is here, although Rich Ricci warned against writing Faugheen's obituary.

"I'm hoping Faugheen will be back for the Irish Champion Hurdle. I don't want people to worry, he is in very good form," said Ricci about the 2015 Champion Hurdle winner, so for now we will have to make do with Nichols Canyon.

It is lucky Willie Mullins can spring a seven-time Grade 1 winner off the bench. In any other stable, Nichols Canyon would be a prized possession. A horse of a lifetime. In Closutton, he is merely an ultra-reliable replacement when Annie Power and Faugheen are off colour.

In the Morgiana at Punchestown last month Nichols Canyon proved himself the most able of deputies. He registered back-to-back wins in that Grade 1 in impressive style, making all and stretching 12 lengths clear of Jer's Girl in effortless fashion.

He deserves to be odds-on

He is the defending champion of this race too, having bravely fought off the persistent challenge of Identity Thief in a dour battle 12 months ago and deserves to be odds-on favourite.

Nichols Canyon's biggest danger, according to the market anyway, is Petit Mouchoir, who still looked full of running when coming down three from home in the Fighting Fifth at Newcastle.

Michael O'Leary is not overly optimistic about the prospects of Petit Mouchoir, though, being more hopeful than confident.

"I find it very hard to see him winning. He is rated 11lb below Nichols Canyon and looks to have it all to do, in my eyes anyway," O'Leary said. 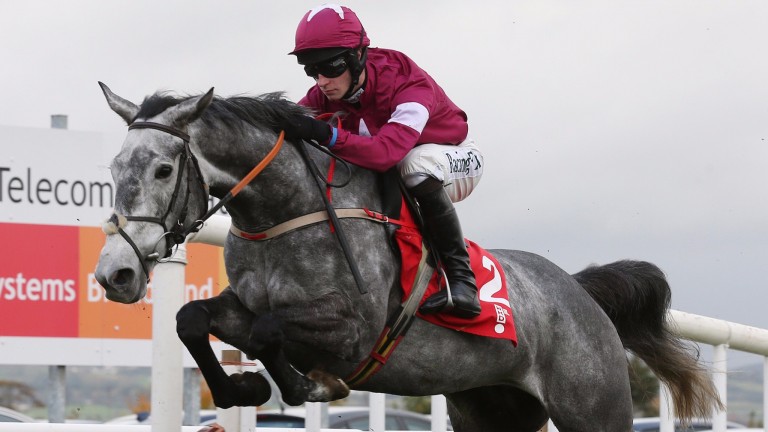 Petit Mouchoir: Michael O'Leary is more hopeful than confident
CAROLINE NORRIS
Jer's Girl has 12 lengths to find on Nichols Canyon for their clash in the Morgiana, but Gavin Cromwell believes his two-time Grade 1-winning mare has improved significantly from her return to action at Punchestown last month.

The trainer said: "She's in great form. I would obviously like the ground to be a little softer, but what can you do? Barry [Geraghty] was delighted with her at Punchestown and just felt she got stuck in the mud after the second-last. The ground was desperate that day.

"She's come forward since and, while it will not be easy with Nichols Canyon in there, I'm hoping for a big run."

Barry Geraghty has deserted Ivanovich Gorbatov in favour of Jer's Girl, but Joseph O'Brien hopes the decent ground will see last season's Triumph Hurdle winner come into his own.

O'Brien said: "The ground will be in his favour and I think he's kept improving as the season has gone on. He seems in good form at home and I'd like to think he'll give a good account."

The quintet is completed by the Mullins-trained Foodpad, twice a Grade 1 winner, who will be ridden by Daryl Jacob.

FIRST PUBLISHED 6:00PM, DEC 28 2016
I find it very hard to see him winning. He's rated 11lb below Nichols Canyon and looks to have it all to do, in my eyes anyway