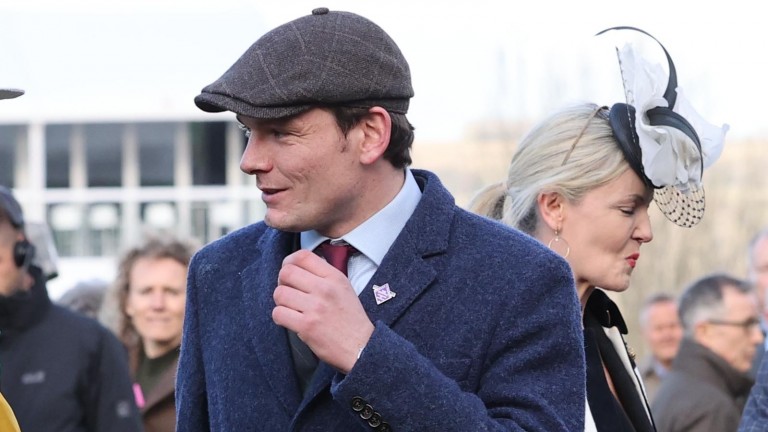 Last year's Glenfarclas Cross Country Chase winner Easysland is on track to defend his crown at the Cheltenham Festival but his stablemate Ajas, who was second favourite with some firms, will not be joining him.

The seven-year-old was second to the Sophie Leech-trained Garo Du Juilley in the Grande Course de Haies de Pau last month and was as short as 4-1 for the unique event on the second day of the festival.

However, Ajas, who runs in the orange and green spotted silks of Swedish-based owner Ulf Sjoberg, will not run at Cheltenham due to the fact owners cannot attend.

Sad news... Unfortunately, due to the current health situation that prevents owners from attending the @CheltenhamRaces festival, AJAS won’t join his stable mate Easysland in the Glenfarclas Chase. Will remain in France and will be prepared for the #PrixTroytown @Hippo_Auteuil

Trainer David Cottin, who also ruled out Disco D'Authie from the race, said: "I received an email from the owner saying he didn't want to run at Cheltenham. It's a shame because Ajas is flying at home. We'll look at the Prix Troytown for him on March 20, where he'll have to face the best of the Auteuil horses."

Restrictions imposed due to the coronavirus pandemic mean owners cannot attend the festival. However, in line with the government timetable to permit larger gatherings outdoors, the BHA plan for owners to return on March 29, while spectators will not be admitted until May 17 at the earliest.

Ajas could come to Britain next month, however, as he has an entry in the Randox Grand National, for which he is a general 33-1, the same price as joint topweight Easysland.

With the son of No Risk At All out of Cheltenham, Easysland's biggest threat according to Paddy Power is dual Grand National and Cross Country winner Tiger Roll at 5-1. Last year's Welsh Grand National winner Potters Corner is next in at 13-2.

FIRST PUBLISHED 4:53PM, MAR 5 2021
I received an email from the owner saying he didn't want to run at Cheltenham. It's a shame because he's flying at home