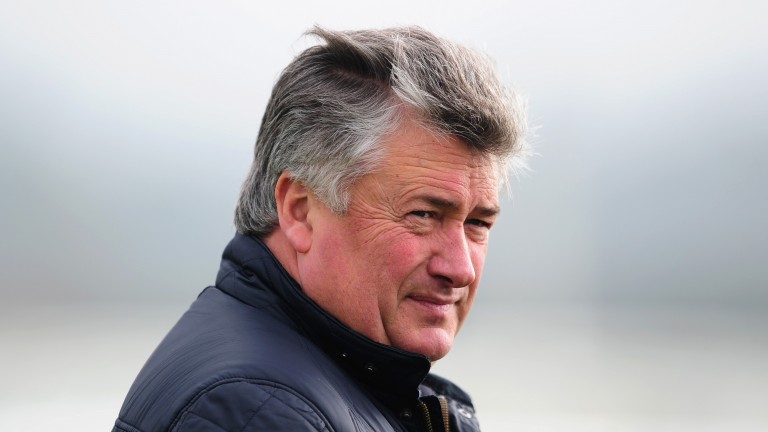 Paul Nicholls: fined for not reporting the gelding operation on Pilansberg, who runs at Cheltenham
Harry Trump
1 of 1
By Jon Lees 6:49PM, NOV 10 2016

Champion jumps trainer Paul Nicholls, Nigel Twiston-Davies and Ed Dunlop were among nine trainers fined a total of £1,500 by a BHA disciplinary panel on Thursday following a rise in the number of failures to notify the authority when horses have been gelded.

The Nicholls-trained Pilansberg, due to contest the Grade 2 novice hurdle at Cheltenham on Friday, was one of the horses whose gelding operation was not passed on to the racing calendar office at least five days before he was due to run, as required.

Pilansberg was listed in the Racing Post as a colt on the day he won a novice hurdle at Fakenham last month but had been gelded. Nicholls, Twiston-Davies, Dunlop, Keith Dalgleish, Nigel Hawke and Brendan Powell were each fined £200 for breaches.

Peter Hedger, Philip McBride and Gary Moore were fined £100 as they notified the change before their horse reached the racecourse, although after declaration.

BHA spokesman Robin Mounsey said: "The rule that requires a trainer to notify us that a horse has been gelded is vital to ensuring accurate information is in the public domain before its next race. It's covered at all trainers' courses before trainers obtain a licence, as well as at trainers' secretaries courses.

"There's been an increase in gelding breaches recently, and a notice was published in the National Trainers Federation newsletter in March 2016 reminding trainers of their responsibility under rule (C)17."

On a busy day at the BHA, Ian Williams, representing himself, successfully appealed against the decision not to award Banditry victory in a handicap at Doncaster last month after he had been carried off his line by first-past-the-post Laurence.

A disciplinary panel ruled it cost Banditry, who was beaten a head, a quarter of a length at a crucial part of the race, as well as momentum and balance, and ordered the placings to be reversed.

Sylvester Kirk had a £140 fine for the 'late' notification of a non-runner quashed at an appeal that was partly motivated by the trainer's annoyance with stipendiary steward Chris Rutter, according to the disciplinary panel.

Rutter had claimed Kirk's decision to withdraw his runner from a race at Windsor last month had been taken earlier than the time the trainer's office emailed the information, but no evidence was produced to establish a delay and the appeal was upheld.

FIRST PUBLISHED 6:41PM, NOV 10 2016
The rule that requires a trainer to notify us that a horse has been gelded is vital to ensuring that accurate information is in the public domain prior to its next race